THIS is the shocking moment a police officer is pinned to the floor and PEPPER SPRAYED by a yob in the street.

The officer was seen covering his eyes on the pavement before the attacker, 25, was arrested on Lincoln Road, Peterborough, just before 6pm yesterday. 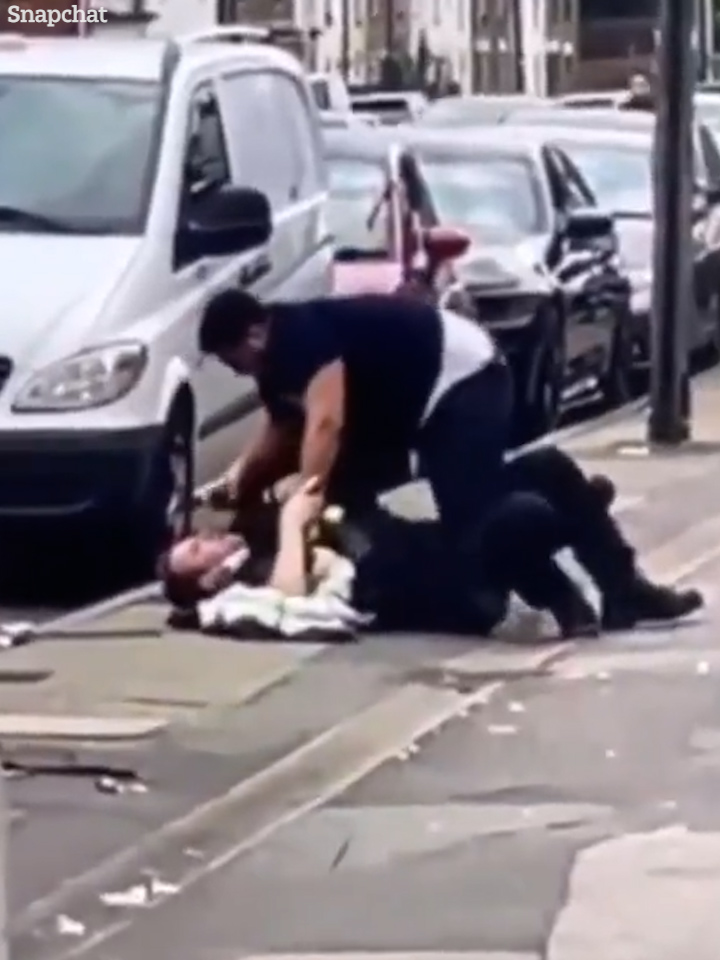 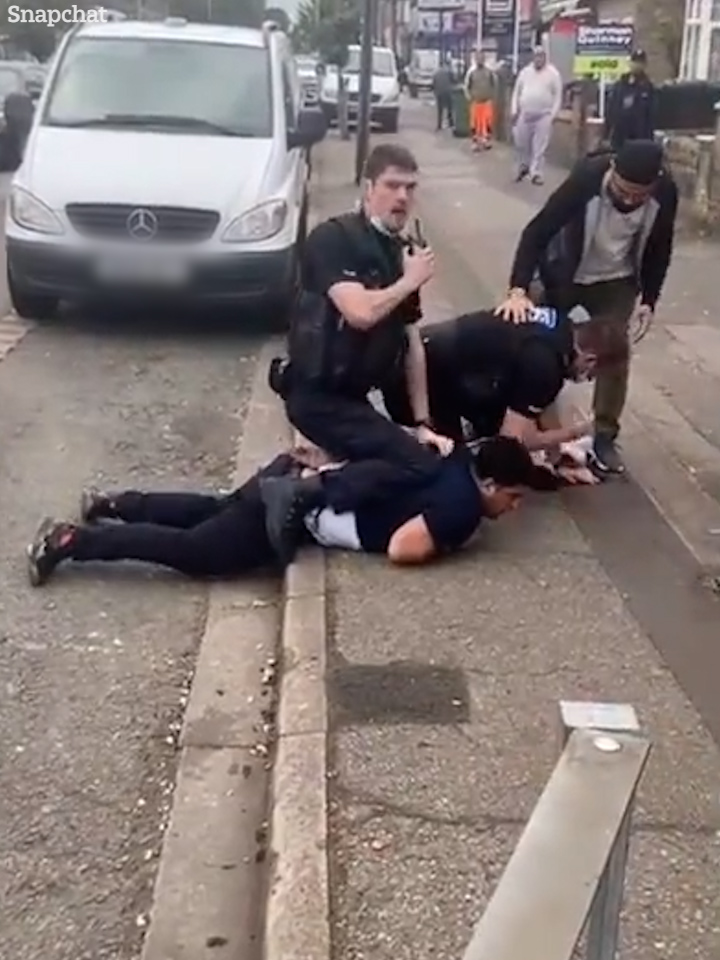 Police confirmed that the officer was attacked with pepper spray before being pinned to the ground by the 25-year-old yob.

The officer could be seen lying on the ground covering his eyes – as the attacker attempted to lift his leg in the air and pivot him into the direction of the road.

He then toppled on to the policeman – before another officer stormed in and shouted at the man to roll over.

A third officer can then be seen chasing after a second man attempting to get away in a car, before returning to help keep the attacker on the floor.

Meanwhile, two passersby try to help the pepper-sprayed cop – who was struggling to get up on his hands and knees.

Moments later, the street was filled with sirens and blue and white lights as emergency services attending the scene stopped traffic from moving.

Before long, the attacker tried to free himself from the officer's grip – but other policemen rushed to the scene and arrested him on the pavement.

He was then lifted into the back of a policeman by six officers.

The force confirmed the cop received minor injuries and didn't require hospital treatment – although an ambulance was initially called out to the scene.

A 25-year-old man was arrested at the scene on suspicion of assaulting an emergency worker and class B or C drug possession.

Both men remain in custody, the force confirmed.

Cambridgeshire Constabulary said: "At about 5.40pm yesterday (2 September) a police officer was assaulted in Lincoln Road near the junction with Northfield Road in Peterborough.

"He received minor injuries and did not require hospital treatment.

"A 25-year-old man, of no known address, was arrested on suspicion of assaulting an emergency worker and possession of a class B or C drug.

"They remain in custody and an investigation is ongoing." 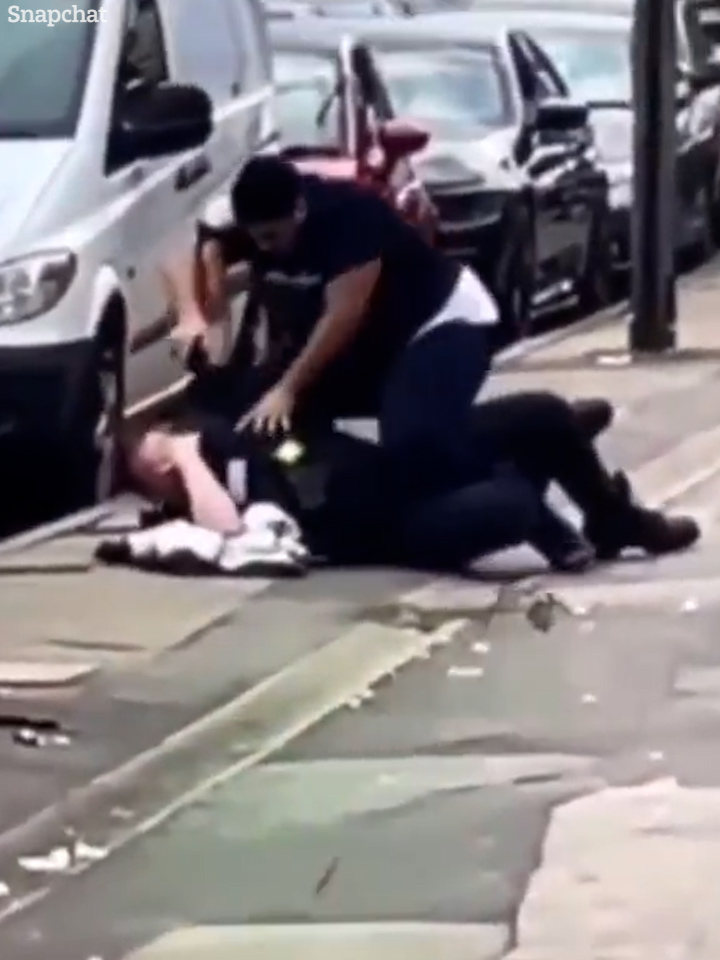 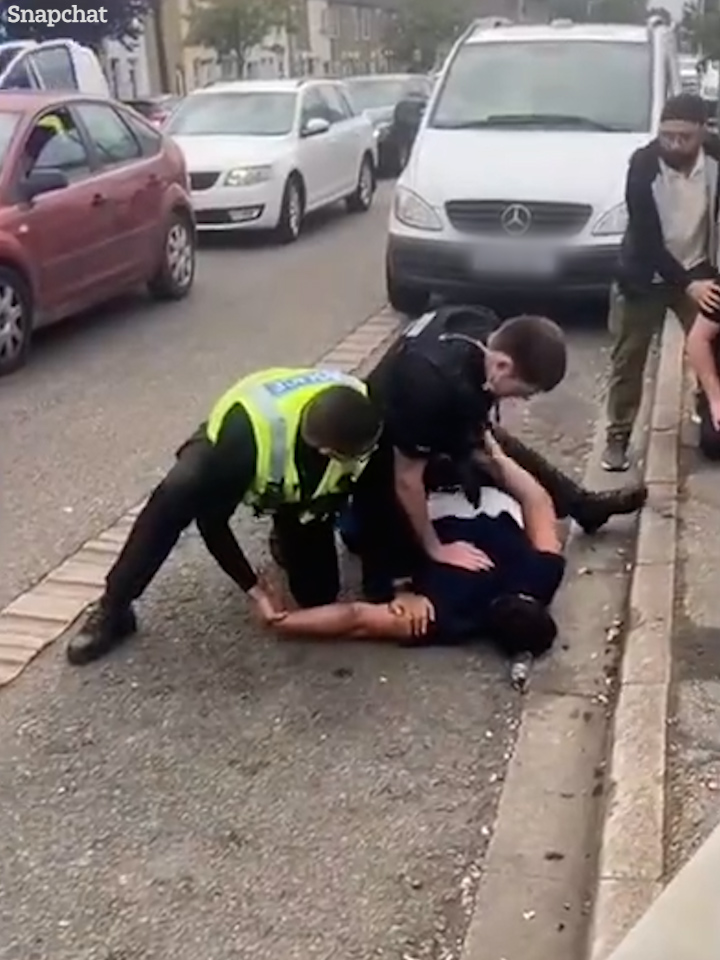