Protesters continue demonstrations across the world against police brutality and racial discrimination. 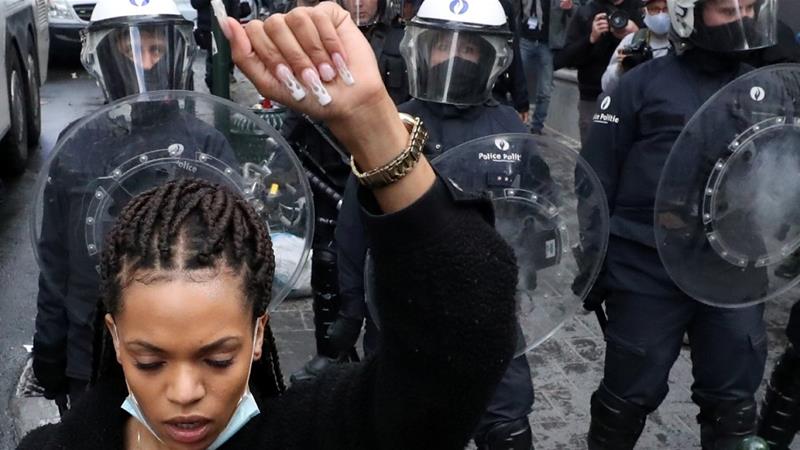 Protests have continued around the world as people took to the streets to show their support for the Black Lives Matter movement in the wake of the killing of George Floyd in Minnesota on May 25.

The death of Floyd, a Black man killed by a white Minneapolis police officer pressing on his neck for almost nine minutes, sparked worldwide protests against racism and police brutality.

Protesters in the English city of Bristol toppled a statue of a 17th-century slave trader.

Demonstrators attached ropes to the statue of Edward Colston before pulling it down to cheers and roars of approval from the crowd. Images on social media show the statue was eventually rolled into the city’s harbour.

The word “shame” was also graffitied on the monument, reference perhaps to the fact that Leopold is said to have reigned over the mass death of 10 million Congolese.

While protests were mainly peaceful, there were some scuffles near the office of Prime Minister Boris Johnson and outside the Parliament gates. 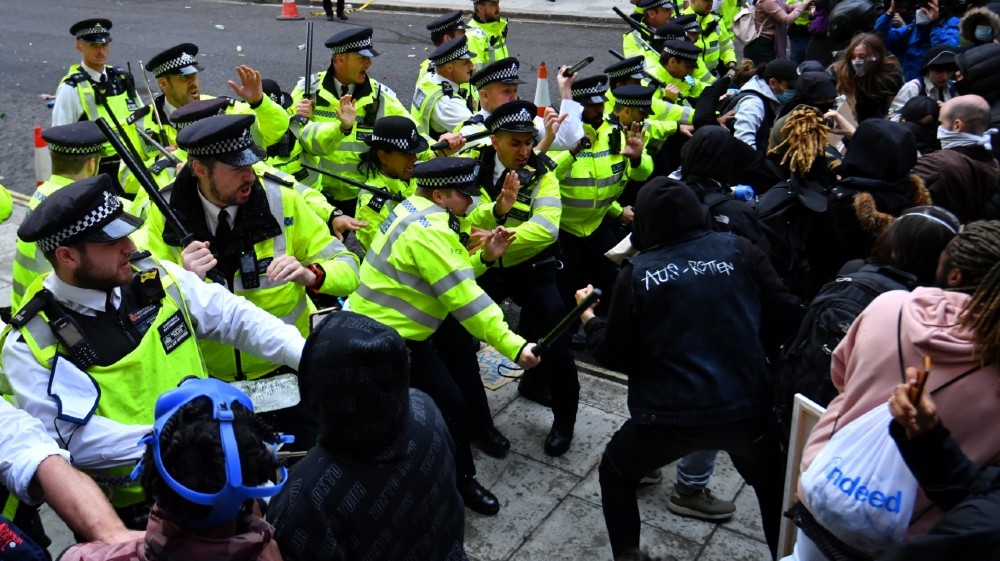 In Hong Kong, about 20 people staged a rally in solidarity with the Black Lives Matter movement on Sunday outside the US consulate in the semi-autonomous Chinese city.

“We have to remind ourselves despite all we see going on in the US and in the other parts of the world, Black lives do indeed matter.”

A rally in Rome’s sprawling People’s Square was noisy but peaceful, with the majority of protesters wearing masks to protect against coronavirus. Participants listened to speeches and held up handmade placards saying “Black Lives Matter” and “It’s a White Problem”. 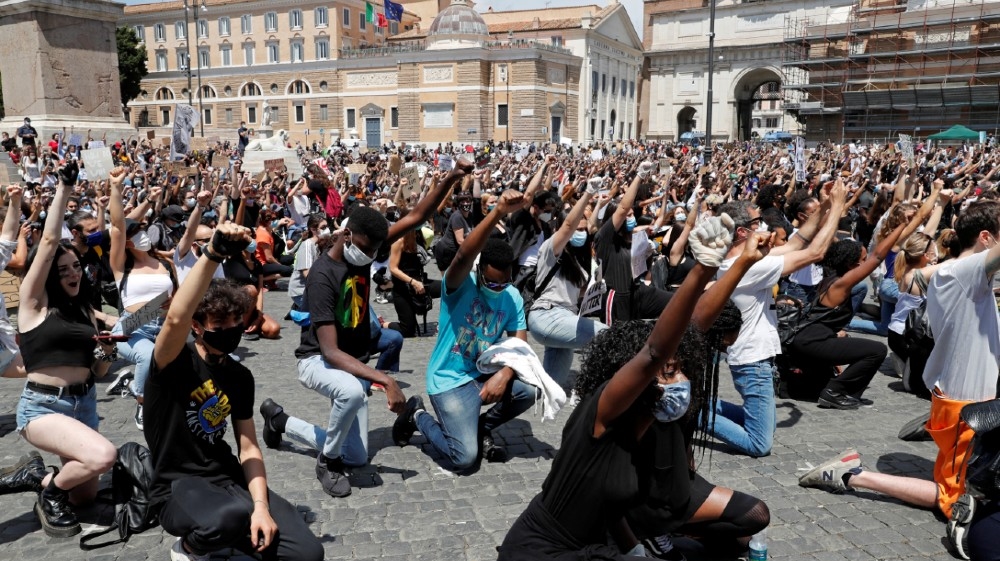 In Spain, several thousand people gathered on the streets of Barcelona and at the US embassy in Madrid.

Many in Madrid carried homemade signs reading “Black Lives Matter”, “Human rights for all” and “Silence is pro-racist”.

“We are not only doing this for our brother George Floyd,” said Thimbo Samb, a spokesman for the group that organised the events in Spain mainly through social media. “Here in Europe, in Spain, where we live, we work, we sleep and pay taxes, we also suffer racism.”

END_OF_DOCUMENT_TOKEN_TO_BE_REPLACED

END_OF_DOCUMENT_TOKEN_TO_BE_REPLACED
Recent Posts
We and our partners use cookies on this site to improve our service, perform analytics, personalize advertising, measure advertising performance, and remember website preferences.Ok