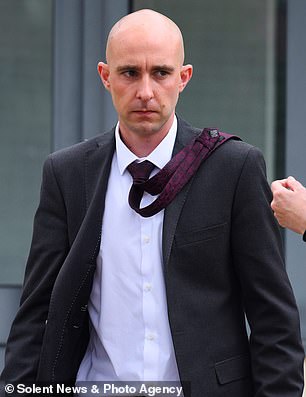 Three soldiers who used a colleague as a ‘human battering ram’ were today cleared of causing grievous bodily harm – as his memory loss caused by the incident means he cannot remember if he consented to it.

Mr Dight, 29, suffered ‘life-changing injuries’, including a fractured spine and traumatic head injuries, and was medically discharged from the force.

As Mr Dight cannot remember the incident or whether he ‘consented to being used as a battering ram’, Vice-Judge Advocate General Michael Hunter today ordered the panel to clear the three defendants.

Addressing the board at Bulford Military Court, Wilts, Judge Hunter said: ‘Usually I would ask you at this point to go away and make a decision based upon the evidence you have heard.

‘However, going by the law, it is my duty to tell you to acquit these three men.

‘The claimant does not remember the event, so cannot confirm or deny whether he gave consent to be used as a battering ram. 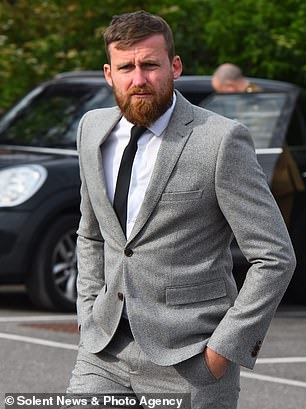 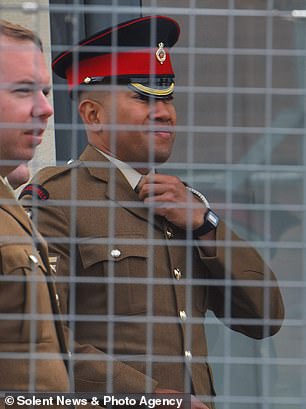 ‘There is also evidence in a police interview at the time suggesting it may have been his own idea.

‘These are different scenarios we do not know the answers to, so it would not be right to charge these three men of grievous bodily harm. 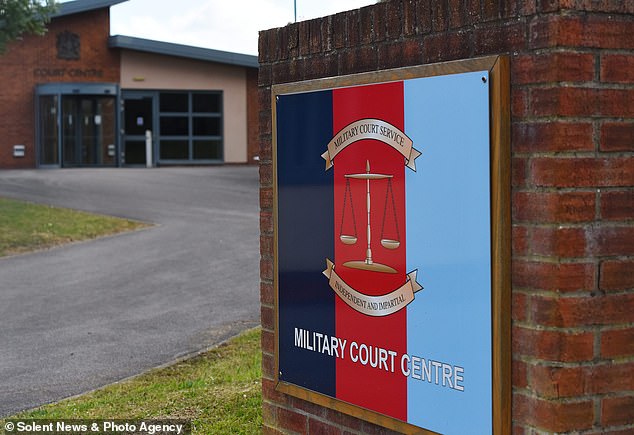 Mr Dight, 29, was left with a fractured spine, traumatic head injuries and was medically discharged from the Army following the incident on September 10, 2015, at Copehill Down on Salisbury Plain, Wiltshire

‘For that reason, I am acquitting all three.’

During the two-day trial it was heard LCpl Coventry, LCpl Matakibau and Mr Murphy, who has since left the Army, accepted they ‘shoved’ 60kg (9st 6lbs) Mr Dight through the door.

However, the Household Cavalry soldiers denied claims they carried out the act without consent from Mr Dight and it was also heard the alleged victim had ‘joked’ about using a person as a battering ram beforehand. 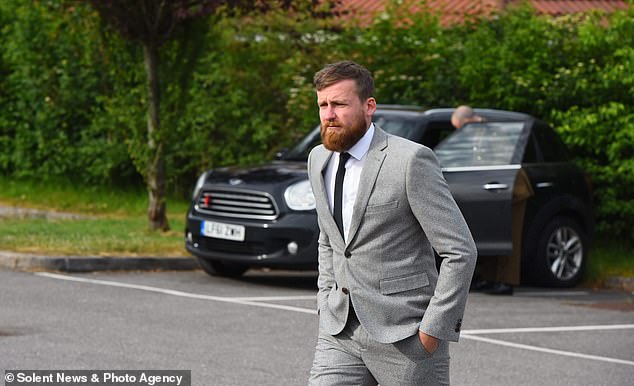 Prosecutor Graham Coombes, opening the trial at Bulford Military Court, Wilts said: ‘Mr Murphy said they were all laughing and joking about using a human battering ram and Mr Dight was part of it’

The court heard 5ft 7ins Mr Dight was thrust through a door during an exercise on breaching doors on September 10, 2015, at Copehill Down on Salisbury Plain, Wilts.

Prosecutor Graham Coombes also conceded it would be impossible to find out who’s idea it was to use Mr Dight as a battering ram, or if he consented to doing it.

A sigh of relief could be heard as LCpl Coventry and LCpl Matakibau, both currently Lance Corporals of Horse with the Household Cavalry, and Mr Murphy shook hands after they were cleared.