At least five people are dead, including two children, following a shooting inside a home in South Carolina on Wednesday evening, according to authorities.

A sixth person was hospitalized with “serious gunshot wounds,” York County Sheriff’s Office spokesman Trent Faris said. The suspect believed to be responsible for the shooting in Rock Hill, about 25 miles southwest of Charlotte, North Carolina, was apprehended, authorities said.

“We have IDed the person we feel is responsible for the shooting on Marshall Rd. We found him in a nearby house. There is no active threat to the community,” the York County Sheriff’s Office tweeted. “Detectives are still in the area serving a search warrant & investigating this tragic event.”

The victims were identified as Dr. Robert Lesslie, 70; his wife, Barbara Lesslie, 69; their two grandchildren, and James Lewis, 39, who was working at the home when he was struck by gunfire, the sheriff’s office said. Lewis was found dead outside the home.

The grandchildren were ages 5 and 9, according to the York County coroner’s office. Faris called Dr. Lesslie “a staple” in Rock Hill for years.

“I’ve lived in Rock Hill my entire life and Dr. Lesslie was my doctor growing up,” Faris said. “Dr. Lesslie has been one of those people that everybody knows. He started Riverview Medical Center in Rock Hill.”

“Dr. Lesslie has been one of those people that everybody knows.”

Deputies were called to a home around 4:45 p.m., following a report of a shooting involving multiple individuals. Faris said he was “shocked that this type of incident” occurred in Rock Hill. 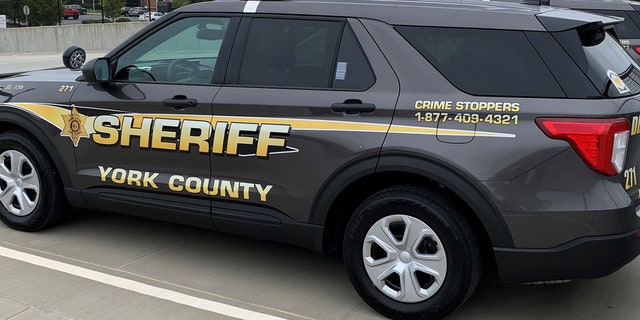 “It doesn’t happen here. It’s one of those strange things that a lot of people are going to have a hard time understanding and we just hope that everybody understands that we’re going to do everything we can to try to figure out why this happened here,” Faris said.

An hours-long manhunt ensued following the shooting. During the search, the sheriff’s office described the suspect as “possibly armed & dangerous.” Residents were advised to stay in their homes and lock their doors.

It was unclear when the suspect was found. Faris declined to name the suspect or give information about the suspect’s condition.

“We hope to share more information about this tragic event as soon as possible,” the sheriff’s office wrote. “Thank you for your patience.”

The Associated Press contributed to this report