A chemical-laden cargo ship which is slowly sinking off the coast of Sri Lanka is being monitored for environmental damage by salvage experts.

The MV X-Press Pearl began sinking on Wednesday, a day after authorities extinguished a fire that had torn through the vessel over 12 days, with volunteers describing the situation as the “worst marine ecological disaster” the country has ever seen.

Authorities are watching for the possible leak of oil and chemicals from the ship, which is in the water off Sri Lanka‘s main port, in the capital Colombo, and operators X-Press Feeders said salvage experts were remaining with the vessel to monitor its condition and any pollution. 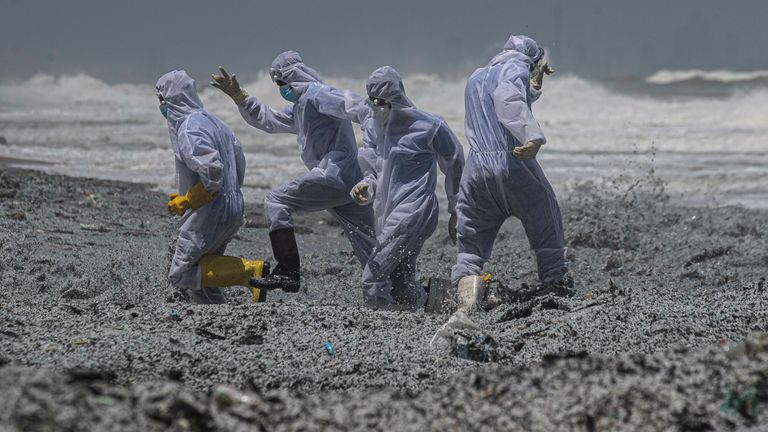 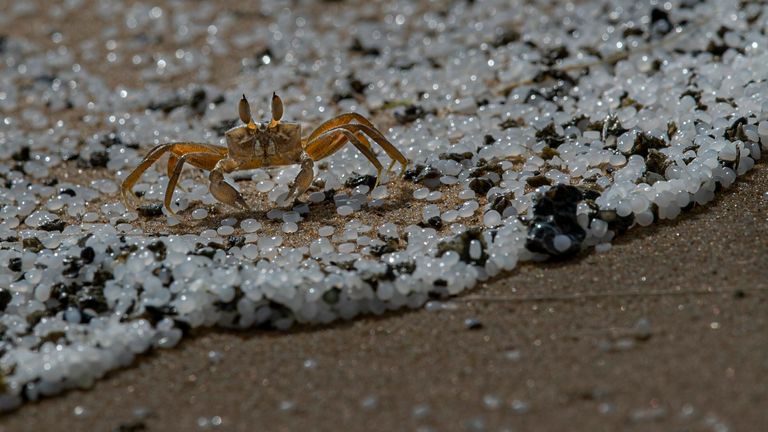 Fishing has been banned along about 80km (50 miles) of coastline, as debris from the ship – including tonnes of plastic pellets and burned fiberglass – continues to wash ashore.

Colombo port harbour master Nirmal Silva said tonnes of oil in the ship’s fuel tanks may also have burned out with the fire, but authorities are prepared to deal with a spill.

Both the navy and coast guard are dealing with the disaster. They are being assisted by authorities in India, who have sent three ships to help, including one specifically equipped to deal with marine pollution.

Efforts to tow the sinking boat into deeper waters away from the port failed after its stern became submerged and rested on the seabed 21 metres (70ft) below the surface. The ship was continuing to take on water on Friday. 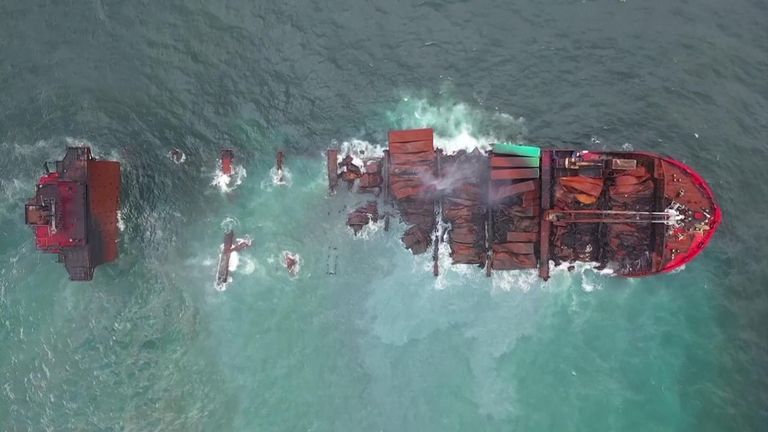 X-Press Feeders chief executive Shumel Yoskovitz has apologised for the disaster, saying in an interview with Channel News Asia on Friday: “I’d like to express my deep regret and apology to the Sri Lankan people for the harm this incident has caused both to the livelihood and environment of Sri Lanka.”

The fire destroyed most of the ship’s cargo, which included 23 tonnes of nitric acid and other chemicals, X-Press Feeders has said.

Sri Lankan police are investigating what caused the fire, and the ship’s captain, engineer and assistant engineer have been banned from leaving the country by a court in Colombo. The government has said it will take legal action against the owners of the ship to claim compensation.

A fishing group and other activist groups have petitioned the country’s supreme court to call on authorities to assess the long-term damage to the environment and marine life, possible hazardousness of eating fish and the health impacts. “This can be defined as the worst marine ecological disaster ever to happen to Sri Lanka,” he said.

“The ship was carrying 78 metric tons of plastic pellets as well as so many chemicals harmful to nature.

“The government has given permission for this ship to come into our sea area. It is a tragedy that [has killed] so much marine life in Sri Lanka.”