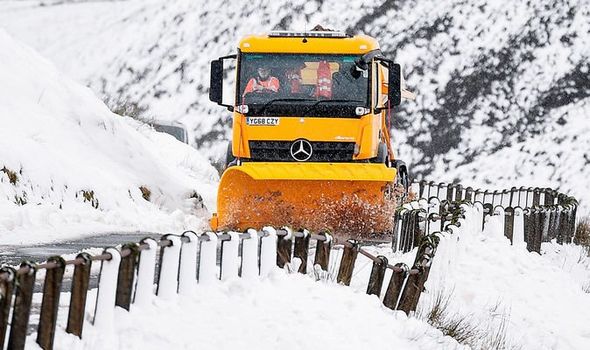 Temperatures are set to plummet across the UK with Met Office weather warnings in place for much of the country.

Speaking to The Sun Online Met Officer meteorologist Sarah Kent warned: “Over the Kent Downs we could see as much as 30cm of snow tomorrow.

“It could be really nasty as we’ve got strong easterly winds which will cause significant drifting.”

Eastern Scotland, the north-east, midlands and parts of southern England are covered by Met Office warnings for snow and ice.

The forecaster warns there is a “small chance” of travel disruption, potentially including “some stranded vehicles and passengers”, and of power cuts.

A separate Met Office warning just for snow is in force for East Anglia and South East England.

In this region it forecasts: “Some rural communities could become cut off.

“Power cuts may occur and other services, such as mobile phone coverage, may be affected.”