Home » World News » Stronger safeguards around lobbying are a must

Stronger safeguards around lobbying are a must

In any democracy, lobbying is a vital component of the political process, ensuring that varied interest groups can make their case on specific issues to elected officials. It is a source of reforms to policy, from neighbourhood planning to our response to global issues such as climate change.

But in all democracies there is the danger of powerful vested interests capturing government decision-making at the expense of other sections of the community, using their wealth or the promise of political benefits to override objections or even laws that stand in their way. 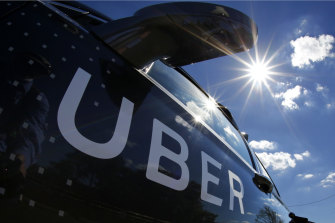 This week’s revelations of the extent to which ride-hailing giant Uber enlisted senior European politicians to alter laws governing transport or soft-pedal on regulation have their origins in a cache of over 124,000 documents leaked by Uber’s former chief lobbyist for Europe, the Middle East and Africa, Mark MacGann.

One of the most important issues to emerge from the “Uber Files” is the question of public servants going on to become lobbyists and vice versa, in a “revolving door” arrangement.

At the time when MacGann worked for Uber, the vice-president of the European Commission was Dutch politician Neelie Kroes. The Uber Files indicate that Kroes lobbied on behalf of the company even before leaving her post in 2014, and that she then sought to join it as an adviser before the end of the European Union’s mandated “cooling-off” period for officials moving to the private sector, which at the time was 18 months (it has since been extended to two years for former commissioners and three for the commission’s president).

We can too easily find comparable problems in Victoria. As Catherine Williams of the Centre for Public Integrity pointed out in a recent piece for The Age, the cooling-off period for the state’s parliamentary secretaries, executives and ministerial officers is 12 months and for ministers and cabinet secretaries it is 18 months, “far less than applies in NSW, Queensland, the United Kingdom and Canada”. This increases the risk that the influence of such figures within government has not had time to wane and that serving officials could end up making decisions to enhance their own employment prospects after politics.

The recent Independent Broad-based Anti-corruption Commission investigation into allegations of political donations and bribery by property developer John Woodman, as well as the concerns over potential conflicts of interest arising from the appointment of Planning Minister Lizzie Blandthorn, whose brother is a former adviser to Premier Daniel Andrews now working for Labor-linked lobbying firm Hawker Britton, also highlights the problems that can arise from inadequate regulation in these areas.

In NSW, Queensland, South Australia and Western Australia, regulations surrounding lobbying are enshrined in legislation and there are financial (and in SA, criminal) sanctions for lobbyists who break rules. In NSW, Queensland and the ACT, ministerial diaries are published to improve accountability and bring the lobbying process into the open. Even then, as a recent review in Queensland showed, transparency problems around lobbying persist.

In Victoria, as has been the case federally, the only penalty lobbyists face for breaching the code of conduct set up by the Brumby government in 2009 is deregistration.

One of the factors behind Prime Minister Anthony Albanese’s election was his commitment to get serious about installing an independent watchdog to deal with integrity issues and stamp out corruption in Canberra. Since the era covered by the Uber Files, the European Commission has also set up an independent ethics committee with reinforced powers.

Victorians cannot afford to have their government be a laggard in these fields, where billions of dollars can be at stake. The idea that a “robust management plan” (as has been promised in the Blandthorn case) or self-regulation can be relied upon is clearly unsatisfactory. We need to be able to see into the inner sanctum of government decision-making, and we need independent enforcement of a code of conduct with genuine teeth. They would be the difference between lobbying that bolsters our democratic process and lobbying that undermines it. The competing parties must put this problem at the top of their manifesto priorities for the November state election.

Gay Alcorn sends a newsletter to subscribers each week. Sign up to receive her Note from the Editor.