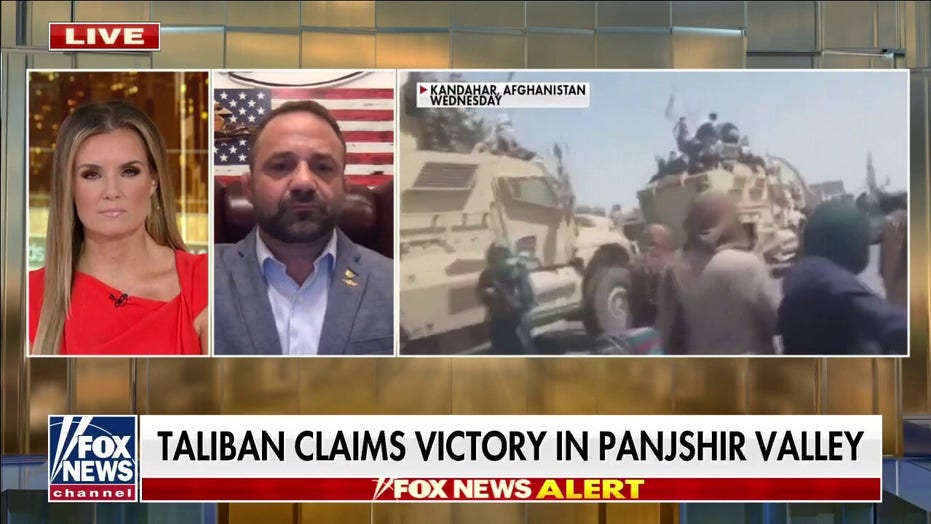 Afghanistan veteran on US exit: ‘We put the Taliban in power’

Chad Robichaux argues the U.S. is responsible because the withdrawal was conducted with no consent from the international community or the former Afghan government.

The flag was painted in the last few days, while the Islamic Emirate of Afghanistan’s coat of arms is seen on the righthand side of the image.

The U.S. embassy in the Afghan capital closed on Aug. 15 following reports that officials there were destroying sensitive documents and equipment prior to the Taliban’s takeover of Kabul. 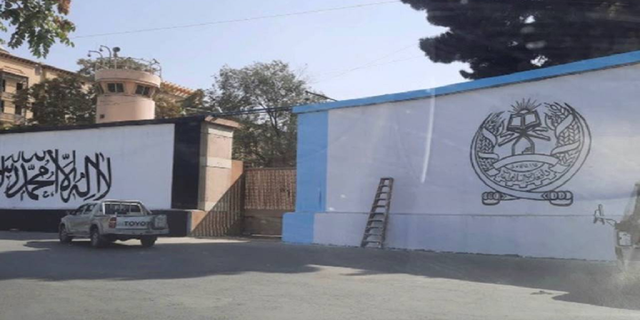 US FACILITATES AFGHANISTAN EVACUATION OF 4 AMERICANS BY OVERLAND ROUTE

During that time, Fox News also obtained an image of the U.S. embassy flag being flown out of the Afghan capital.

“While the U.S. government has withdrawn its personnel from Kabul, we will continue to assist U.S. citizens and their families in Afghanistan from Doha, Qatar,” the State Department said in a message.

On Monday, the Taliban issued a statement claiming they have taken control of Panjshir province, which is located north of Kabul that served as the staging ground of the country’s top resistance force.

Photos emerged on social media that showed members of the Taliban standing at the gate of the provincial governor’s compound, Reuters reported. The province was the last holdout of anti-Taliban forces in the country and the only province the Taliban had not seized during their sweep last month.