MailOnline can reveal Matthew Smith, 34, appeared in Westminster Magistrates Court today on charges of sexual abuse relating to the making and distribution of indecent images of children.

The charges do not relate to children at the prestigious school, which costs upwards of £20,000 per year.

The school was informed on November 7 their new hire – who only started in his role in September – was being investigated by the National Crime Agency.

Prince George and Princess Charlotte both attended Thomas’s Battersea up until early this year, when they moved to Lambrook School, near Ascot. They’d left by the time Smith was employed. 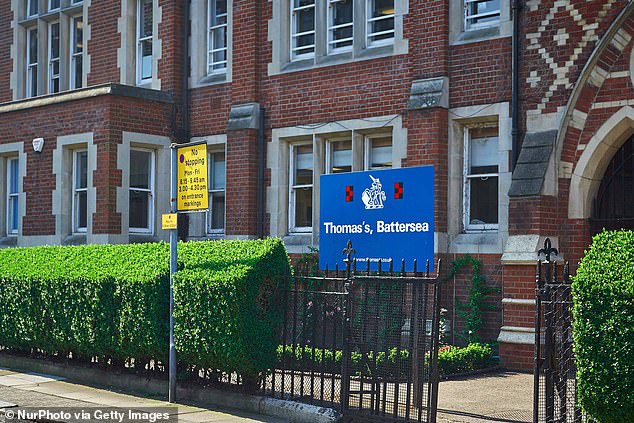 MailOnline can reveal Matthew Smith, 34, appeared in Westminster Magistrates Court today on charges of sexual abuse relating to the making and distribution of indecent images of children

His role at the school was immediately terminated, the school told worried parents in an email sent on Wednesday afternoon, seen by MailOnline.

Smith, from South London, pleaded guilty to distributing indecent images of children, and inciting the sexual exploitation of children.

A sentencing hearing will take place at a later date at Southwark Crown Court.

School principals Tobyn Thomas and Ben Thomas told parents in a statement: ‘I do not for a minute underestimate the shocking and deeply concerning nature of this news.’

‘Our focus right now is on our pupils, parents and colleagues.’

The statement went on to explain that while pupils must be informed of Smith’s immediate departure, the school has no intentions of ‘elaborating further’ on the reasons behind his dismissal.

‘We will need to work together to respond to children’s questions in an age-appropriate way,’ they said. 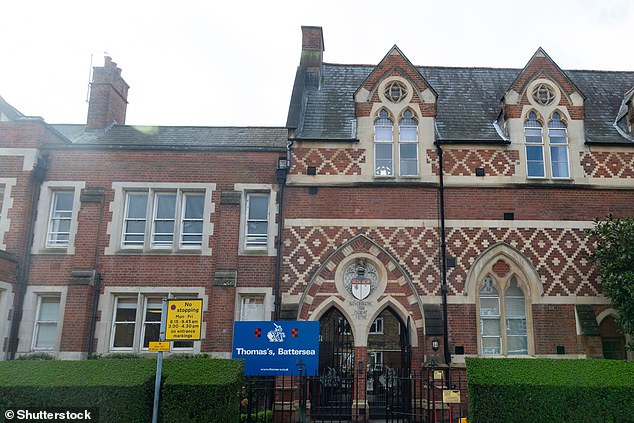 School principals Tobyn Thomas and Ben Thomas told parents in a statement: ‘I do not for a minute underestimate the shocking and deeply concerning nature of this news.’

‘If you are unsure of what to say to your child, and would like further guidance, please do not hesitate to contact any of the following members of our leadership team.’

The school has vowed to continue liaising with authorities.

Prior to his role at Thomas’s Battersea, Smith was assistant head teacher at the British School in Kathmandu, Nepal, for five years.

He also taught at St Paul’s School, and has degrees from both Oxford and Cambridge.

A source told MailOnline very few parents from the school had met him yet, given he was only employed by Thomas’s Battersea in September.

‘Their Royal Highnesses are hugely grateful to Thomas’s Battersea where George and Charlotte have had a happy start to their education since 2017 and 2019 respectively and are pleased to have found a school for all three of their children which shares a similar ethos and values to Thomas’s.’

The move was reportedly made so the children can have ‘as normal a family life as possible’ – allowing them to be brought up in a more rural setting outside of the hustle and bustle of central London.

Thomas’s Battersea is highly selective and reportedly has a waiting list from birth. Even then, it does not guarantee a child’s place at the school.

The school offers special programs from ballet and drama to modern foreign language, music, and art. School clubs range from a LEGO club to pottery club.

MailOnline has contacted the school and the palace for comment.

Are you a parent at the school? Email [email protected]