A teenage Jehovah’s Witness with leukaemia who refuses to be treated with blood products faces a High Court trial on whether doctors should give them to him against his will.

The boy, who cannot be named for legal reasons, recently arrived in England from abroad and currently lives with a relative.

His father is dead, his mother’s whereabouts are unknown and NHS trust bosses responsible for his care want a High Court Family Division judge to decide whether he should be treated against his and his family’s religious beliefs.

Mr Justice Francis has scheduled a trial at the Royal Courts of Justice in London for late June. 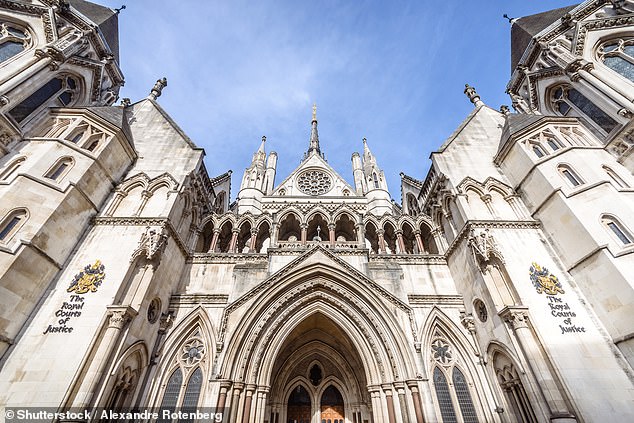 He had analysed preliminary issues at a hearing on Thursday and appointed a specialist guardian to represent the boy’s interests.

The boy is due to discuss the case with the guardian, who will instruct lawyers on his behalf, in the near future.

Barrister John McKendrick QC, who is leading the trust’s legal team, on Thursday said the boy refused to consent to treatment involving ‘blood products’ and was ‘extremely articulate about his Jehovah’s Witness faith’.

He said doctors were currently respecting the boy’s views and not using blood products.

The case echoes the plot of Ian McEwan’s 2014 novel The Children Act, which was made into a film starring Emma Thompson.

In the novel, a judge decides that a 17-year-old Jehovah’s Witness should have a blood transfusion against his wishes, in order to save his life.

Mr Justice Francis has made an order barring the boy, who lives in the south-east of England, from being identified in media reports of the case.

He also said the trust could not be named in case that information created a jigsaw picture which revealed the boy’s identity.

The judge said he might review his decision on the naming of the trust.

‘Both the Old and New Testaments clearly command us to abstain from blood,’ says the religion’s website, www.jw.org.

‘God views blood as representing life. So we avoid taking blood not only in obedience to God but also out of respect for him as the Giver of life.’

The website highlights a number of Biblical references, including passages in Genesis, Leviticus, Deuteronomy and Acts.