The footage shows laser sights pointed at Eddie Croasdell, 56, as he is cuffed and dragged outside in his boxers and T-shirt. 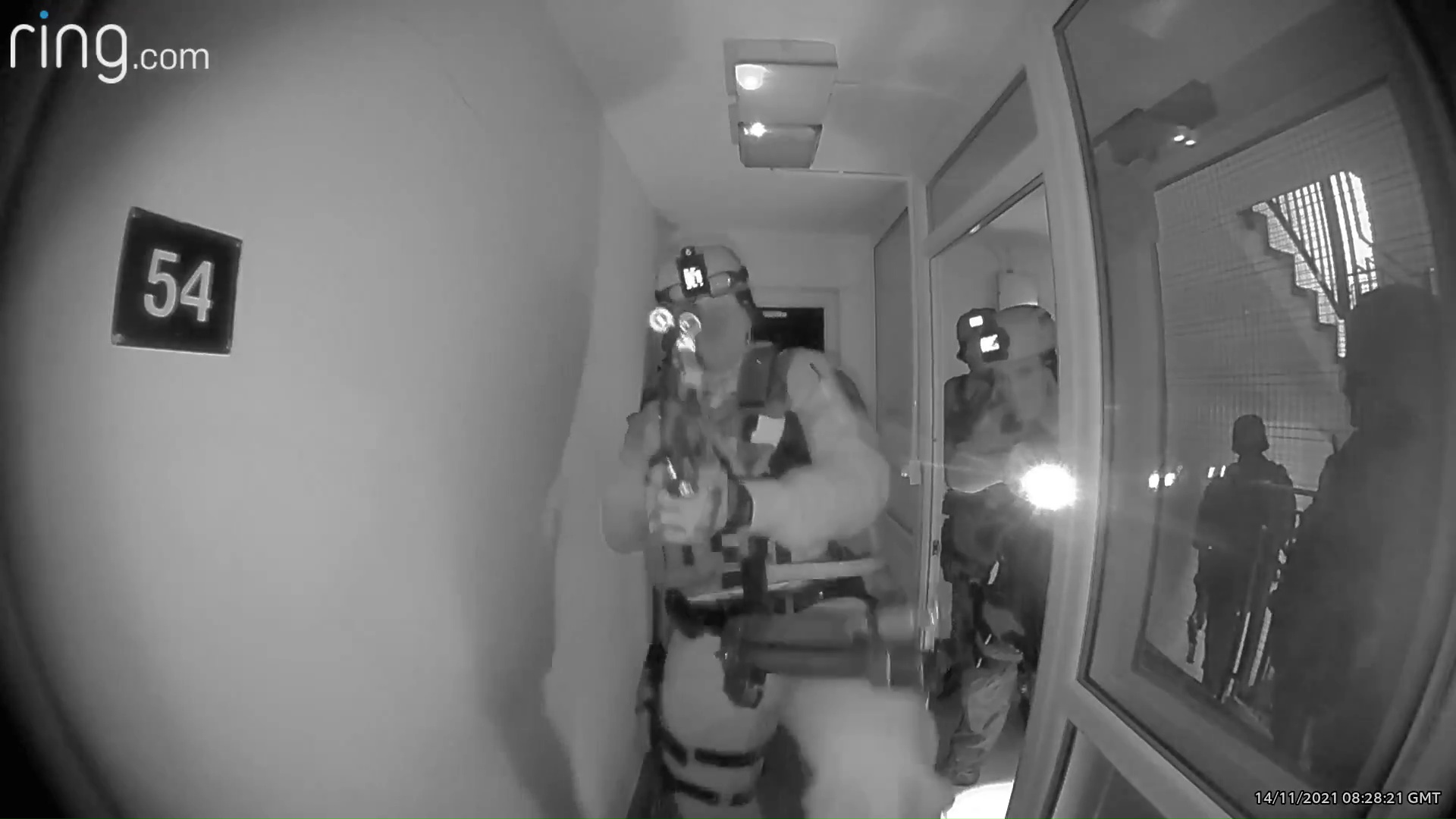 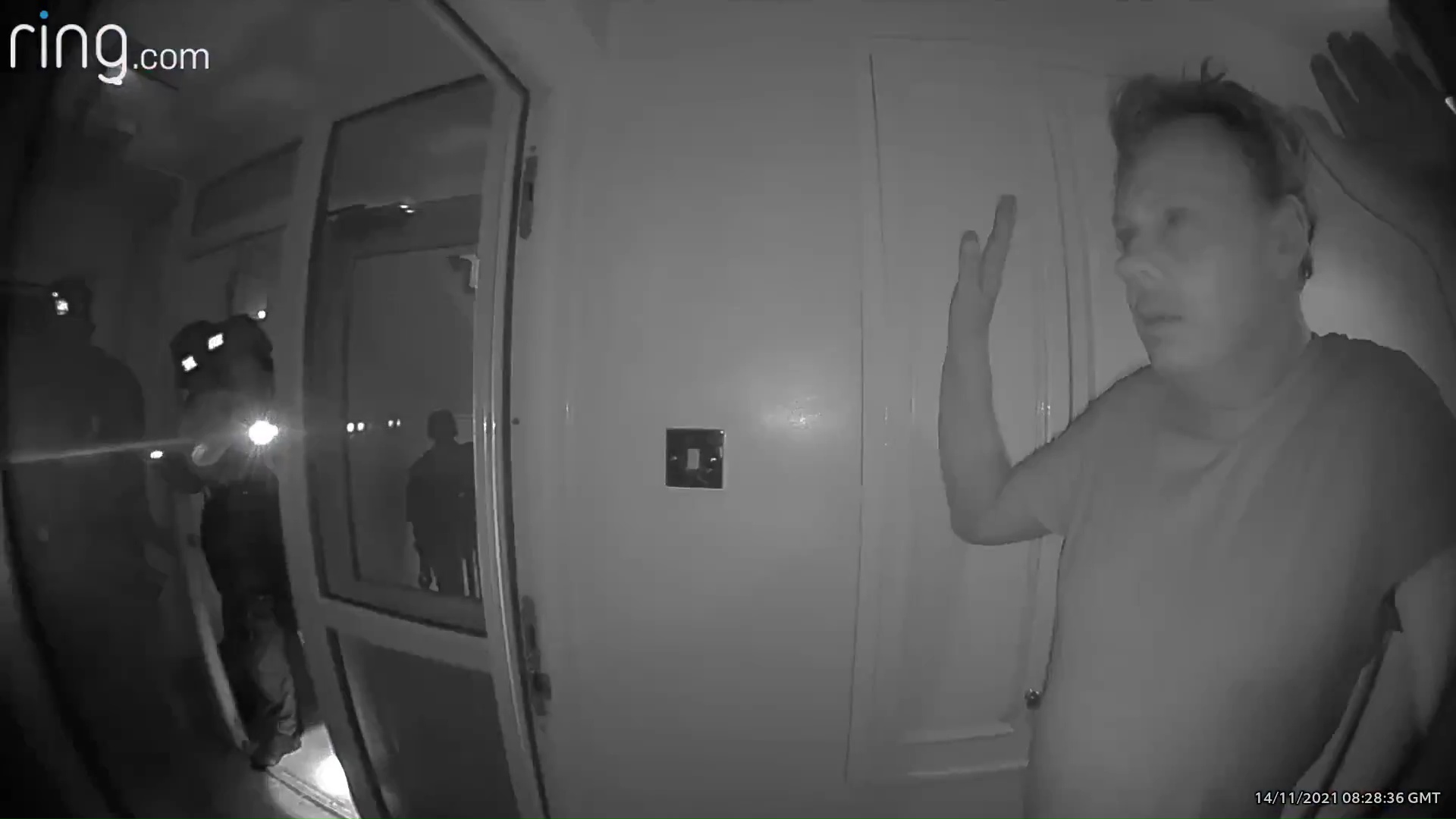 But the officers’ blunder meant the knifeman they were hunting got away. Sky engineer Eddie, of St Albans, Herts, said: “I was woken up to bashing at my door on Sunday morning at 8.30am to see what looked like a platoon of US Marines standing outside.

“I was completely, completely terrified. I opened up and was painted with laser targets and someone shouting, ‘Put your hands over your head’. I thought, ‘S*** they must think I’m a terrorist. They are going to shoot me’.

“I racked my brains to think of something I might have done recently or in the past — but I can’t even bring myself to drop litter. While the police were treating me like Osama Bin Laden, the guy they wanted got away.

“How did they got it so wrong? I mean, it’s not like South Central LA or something, it’s St Albans.”

Eddie’s 15-year-old son Jack was also quizzed at gunpoint during the raid. Pacifist Eddie also feared that in the confusion, the officers would shoot his dog, a Jack Russell- ­Chihuahua cross called Ash.

He said: “From outside I could hear them frantically shouting, ‘There’s a dog, there’s a dog!’

“They made it sound like there was some sort of military attack dog hidden in there.”

In total nine armed and six uniformed officers, two vans, three cars and a dog-handling unit were said to have been on Sunday’s raid. Eddie has complained to the police watchdog and is considering legal action.

Hertfordshire Constabulary said: “Public safety is our number one priority in these circumstances and time was of the essence.

“Officers attended reports that a person in one of the flats was being held at knifepoint.” 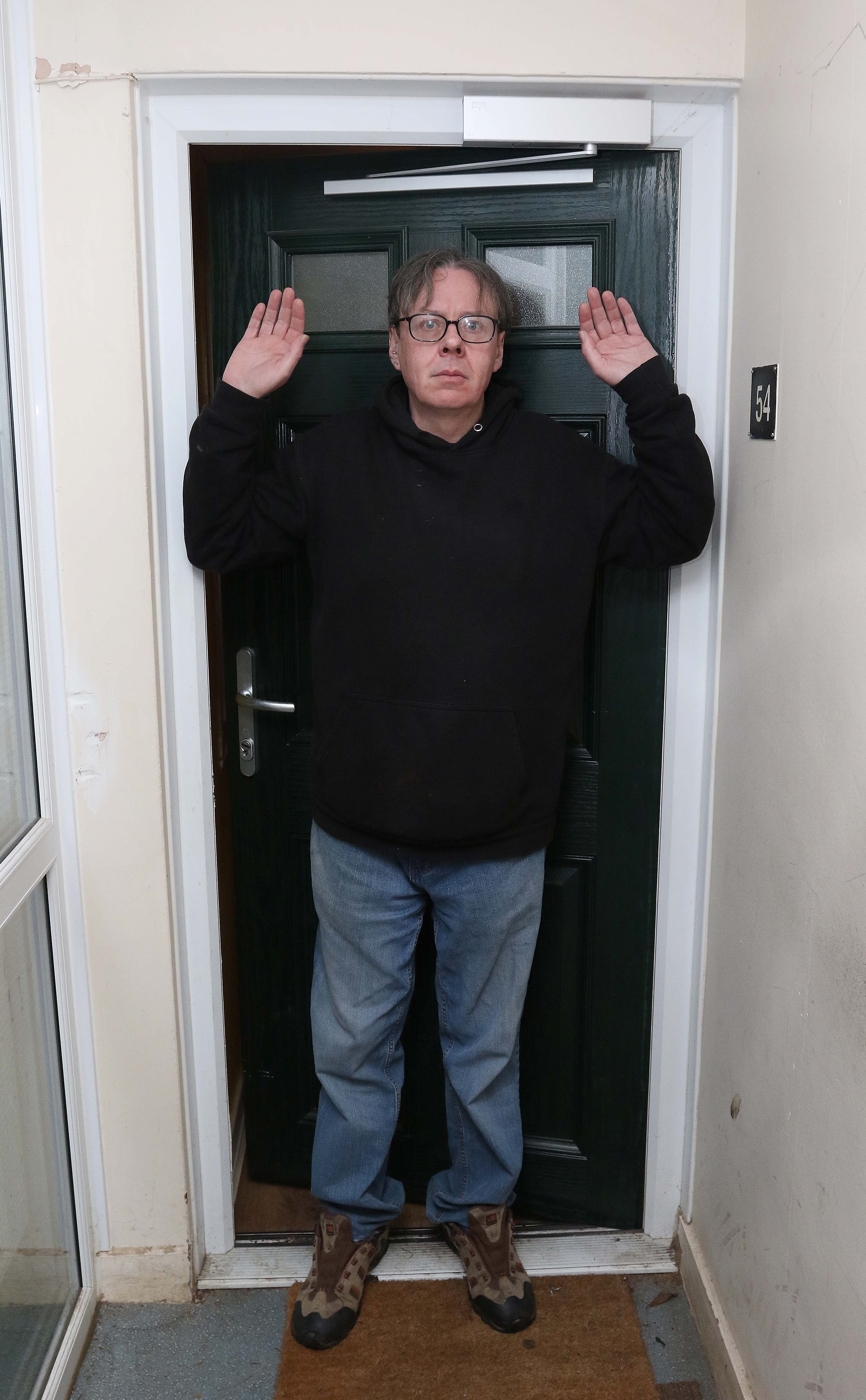 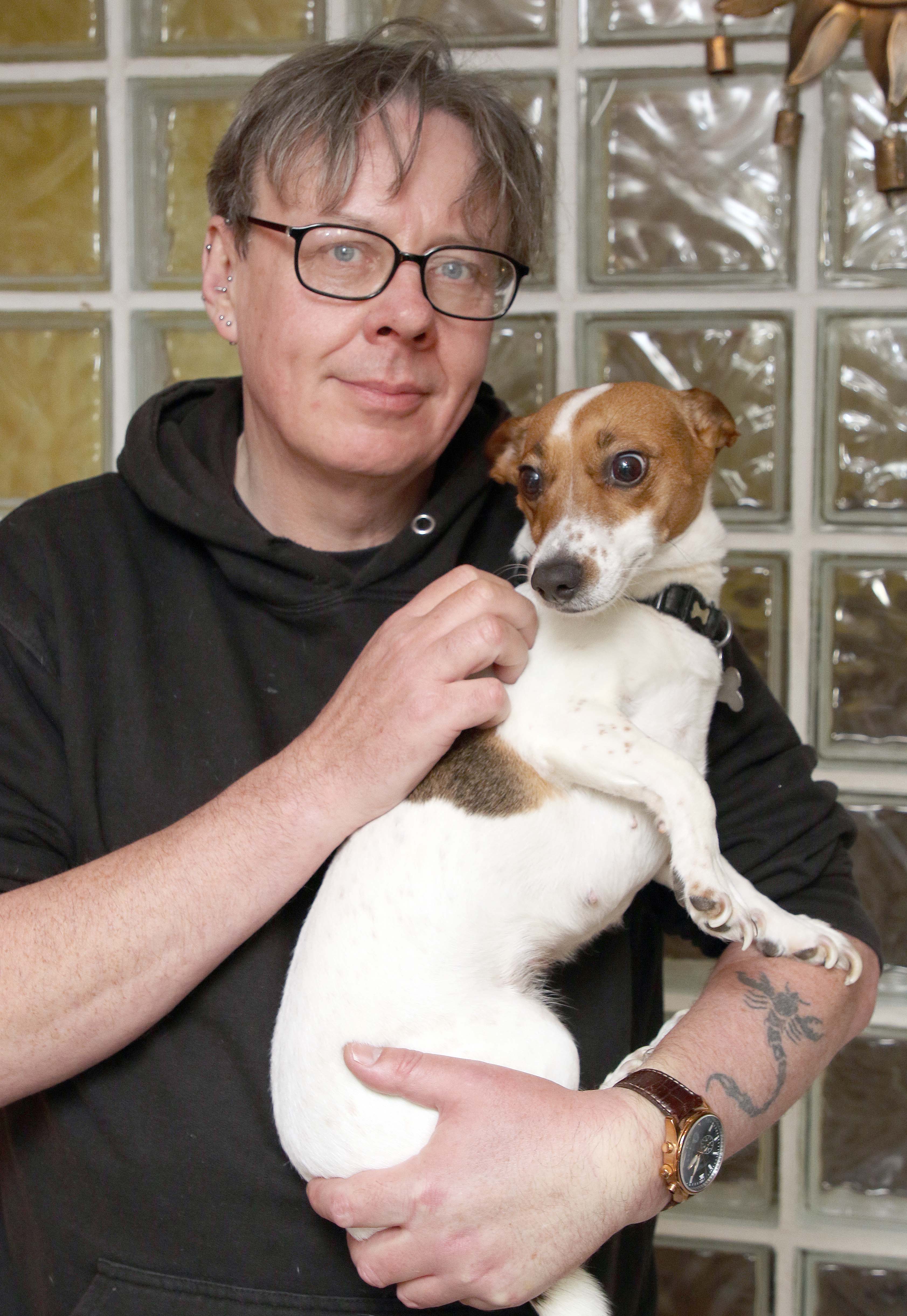