'That's not the evidence': Ukraine clashes with allies over Poland missile in rare public split

LONDON — In a rare display of public discord, Ukraine and its Western backers are openly clashing over who launched the missile that killed two civilians in NATO member Poland.

It may be the most significant rift during the war so far between Ukraine and its supporters, including the United States, and comes at a crucial moment as winter approaches with Russian forces on the retreat.

Although the U.S. and its allies have called the incident an unfortunate accident, the starkly divergent takes on what took place threaten to undermine the united front that has helped Kyiv preserve staunch military and diplomatic support from the West throughout the nearly 9-month war.

Ukrainian President Volodymyr Zelenskyy insisted “it was not our missile” that struck Polish farmland, a harrowing incident that raised the specter of NATO and its nuclear-armed members being dragged directly into the Kremlin’s war.

On national television Wednesday, Zelenskyy said he’d been briefed personally on the matter by the Ukrainian military leadership, adding: “I have no grounds to doubt them.”

But President Biden offered a striking rebuttal when asked early Thursday about the Ukrainian leader’s assertion.

“That’s not the evidence,” Biden said as he returned to the White House from an overseas trip.

In fact, less than 24 hours after the strike, both NATO and Poland said it was likely a Ukrainian-launched air defense missile, intended to shoot down one of as many as 100 cruise missiles Russia launched against Ukrainian cities in what may have been the most brutal barrage of the war to date.

“Let me be clear. This is not Ukraine’s fault,” NATO Secretary-General Jens Stoltenberg told reporters at the alliance’s headquarters in Brussels. Citing Ukraine’s need for self-defense, he added: “Russia bears ultimate responsibility.”

The White House quickly agreed, saying the U.S. had “seen nothing that contradicts” Poland’s assessment that a Ukrainian air defense missile likely landed in its territory. At the Pentagon, Defense Secretary Lloyd Austin said the U.S. was “still gathering information” but concurred about the missile’s likely Ukrainian origins.

“We have full confidence in the Polish government investigation of this explosion,” Austin said. And at the United Nations, U.S. Ambassador Linda Thomas-Greenfield sought to delicately refocus the conversation, telling the Security Council: “This tragedy would never have happened but for Russia’s needless invasion of Ukraine.”

Evelyn Farkas, a former top Pentagon official for Russia, told NBC News she worried the public disagreement was a distraction at a key moment when the focus should be on rallying behind Ukraine and deterring Moscow from infringing on any NATO territory.

“Any kind of disputes we have about what happened should be discussed behind closed doors,” said Farkas, the executive director of the McCain Institute for International Leadership. “Arguing about what missile it was publicly only serves to help Russia and makes it look like we lack political cohesiveness and the will to stand up to Russia.” 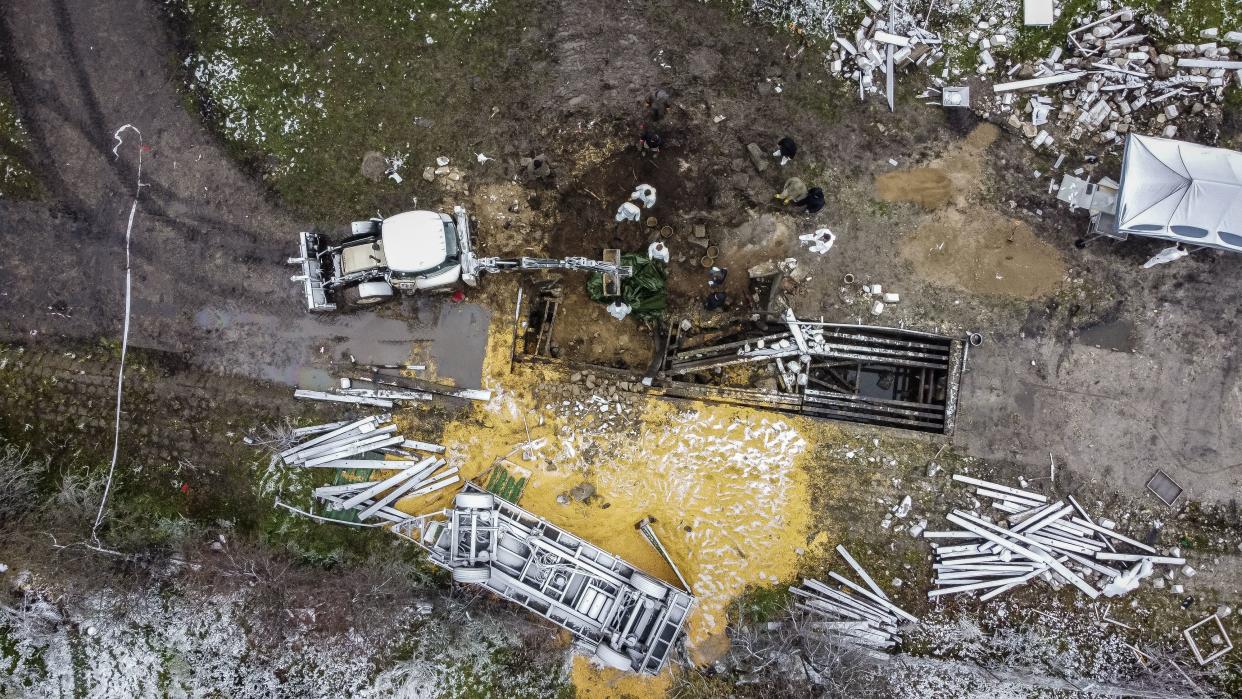 Throughout the war, Russia has tried to stoke divisions between Ukraine and its allies, hoping to dent Western support that has proven critical to Kyiv’s unlikely battlefield success.

Ukraine’s supporters have also accused Russia of trying to drive up energy and other costs for European nations that rely on Russian supplies, in hopes of spurring public fatigue over the war and diminishing political support for sanctions on Russia and continued military assistance to Ukraine.

Although U.S. officials took pains to downplay any disagreement, there were clear signs that Ukraine was bristling at its allies’ public stance.

Zelenskyy, pleading for fairness, insisted Ukraine must have access to the crash site and be part of any investigation, urging allies to “please refrain from making final conclusions until it’s over.”

The tension comes as Kyiv has also pushed back against suggestions from Washington that now might be a good time to consider sitting down to negotiate with Russian President Vladimir Putin.

Moscow has sought to exploit the divisions between Ukraine and its supporters. In the fog of war, many Western officials initially had speculated Tuesday that the missile may have been launched by Russia, an assumption Kremlin spokesman Dmitry Peskov decried as “another hysterical, rabid Russophobic reaction, which was not based on any real data.”

As U.S., Polish other intelligence and military officials began investigating, the Biden administration said little publicly, deferring initially to Polish President Andrzej Duda. He ultimately said what had struck his country was likely a “Russian-made” S-300, a Soviet-era surface-to-air missile that both Russia and Ukraine possess. 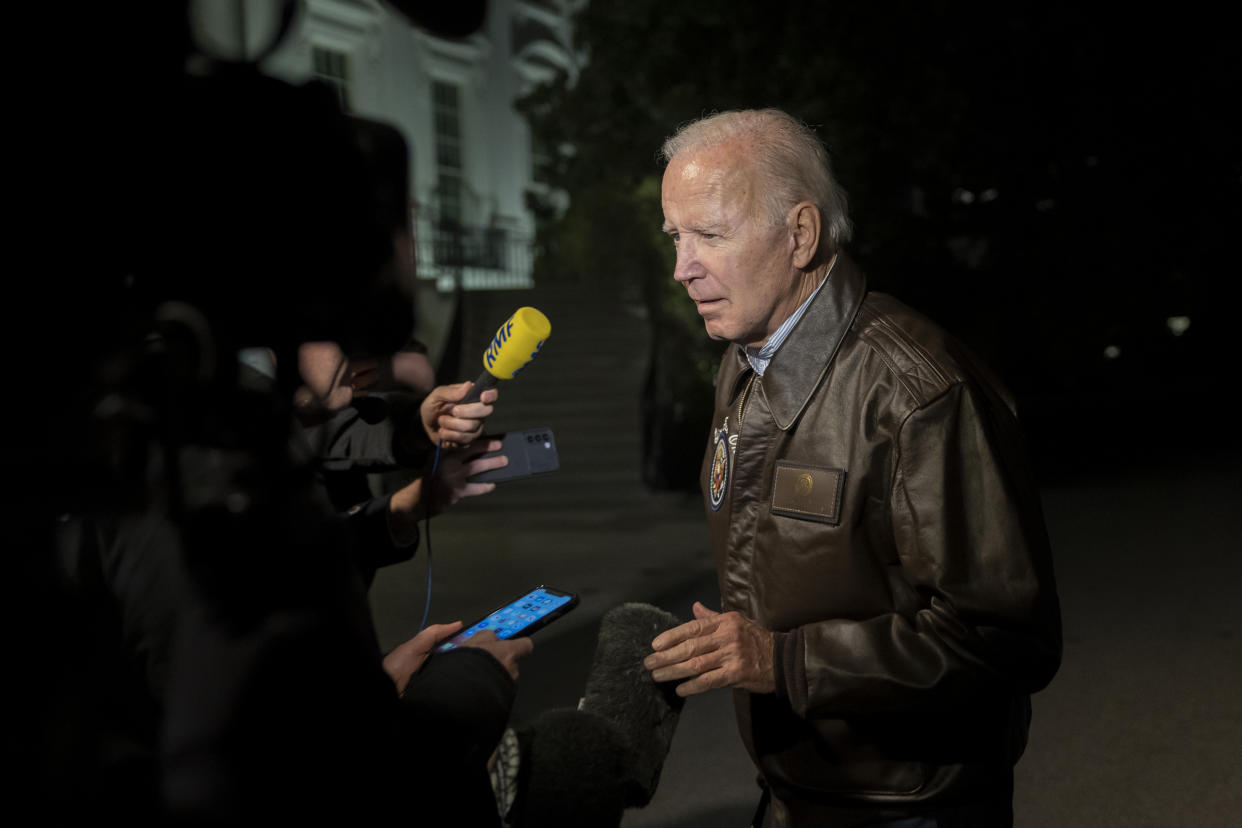 By Wednesday morning, when Biden issued his first public comments after meeting urgently on the matter with G7 and NATO leaders, he said it was “unlikely, in the minds of the trajectory, that it was fired from Russia,” prompting rare praise from the Kremlin.

“It is worth paying attention to the restrained and much more professional reaction of the American side and the American president,” Peskov said.

And despite Poland’s acknowledgement Wednesday that the missile was likely Ukrainian, Russia summoned the Polish ambassador to Moscow to the Foreign Ministry to be dressed down, presumably because Poland hadn’t pointed the finger at Ukraine sooner.

“You were one step away from catastrophe only because [the Ukrainians] sucked you into it, with such a disgusting method,” Russian Foreign Ministry spokeswoman Maria Zakharova said.

As the U.S. and its allies worked to paper over any disunity that could play into Moscow’s hands, Secretary of State Antony Blinken spoke with Ukraine’s top diplomat on Wednesday to “convey information” about what the U.S. has learned about the strike, the State Department said.

By Wednesday evening, Ukraine’s government appeared to be softening its claim that Russia launched the missile that hit Poland.

Zelenskyy, in his evening address, avoided repeating that assertion, though he did call again for Ukrainian investigators to be granted access to the crash site. He said he’d spoken with Duda to “express my condolences” for the Polish citizens killed.

Andrew S. Weiss, a former White House and State Department official now at the Carnegie Endowment for International Peace, said Russia’s previous efforts to drive a wedge between Ukraine and its Western partners have failed, and predicted they will fail again.

“Wars are highly dynamic, volatile and unpredictable and bad things do happen in wars by their nature. Everybody gets that,” said Weiss, whose book “Accidental Czar: the Life and Lies of Vladimir Putin” was published this month. “It doesn’t seem likely to me this would become a meaningful source of discord.”