Director of Bruges Group and author of Moralitis, A Cultural Virus Robert Oulds gave his take on the upcoming French elections as he predicts Emmanuel Macron will win because of his new political positions stolen from Marine Le Pen. Despite Ms Le Pen’s stronger right-wing stance in 2017, which saw her lose the election, Mr Oulds explained he does not see her as a “eurosceptic” as she has now changed her tone to appeal to more of the French electorate. However, Mr Oulds revealed Mr Macron has shifted as well and explained to Express.co.uk how the french president is now looking like his rival.

Polls suggest the presidential race may be closer than in 2017 with an Odoxa-Dentsu poll finding 66 percent of the 1,005 French respondents saying they do not want Mr Macron running for office next year.

Additionally, the Kantar poll recorded an eight-point jump in the polls following the stabbing of a police officer in France which was believed to be a terror attack.

But the French Institute of Public Opinion added to Mr Macron’s election woes when they found Ms Le Pen would easily win the first round of voting in France with 30 percent of the vote.

JUST IN: ‘Prize numpty’ Cummings on ‘wrong side of history’ as presenter rages against ex-aide 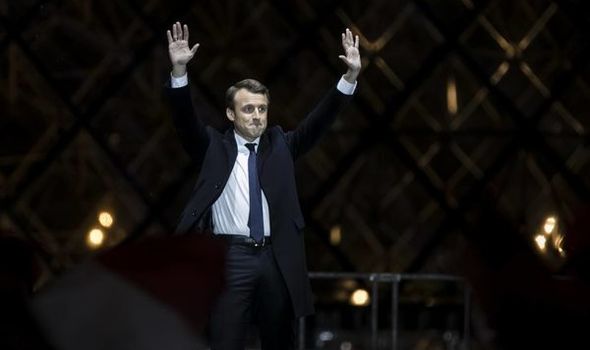 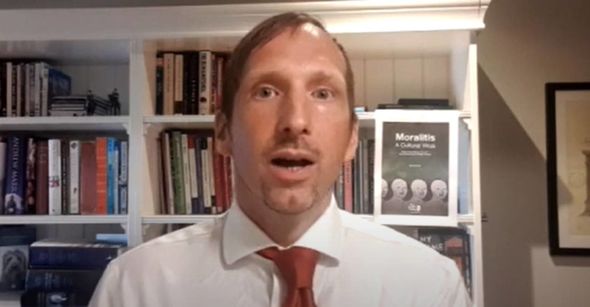 The neighbouring country uses second ballot in the presidential elections which see the top two candidates in the first round of voting go head-to-head in a second round.

The research did find some positives for Mr Macron as they found he would narrowly win the second vote by 54 to 46 percent.

Mr Oulds gave his views on next years election and told Express.co.uk: “I do not perceive Marine Le Pen to be Eurosceptic or will do anything about [the EU]. 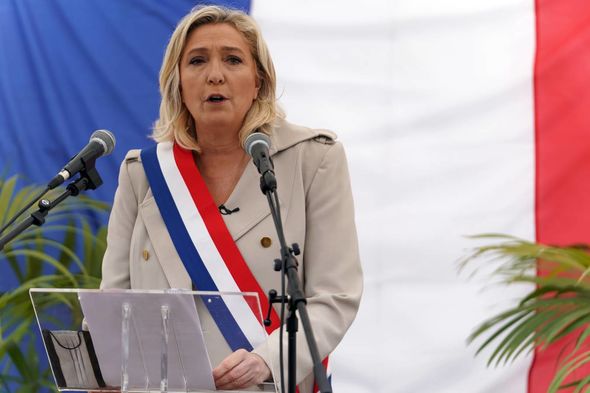 “But we will see if she would ever get the presidency which I doubt because President Macron has stolen her clothes.

“And also her policies plus of course many people will vote for him even if they don’t like him purely to stop her.

“So I cannot see that she would get the presidency.”

Mr Oulds added Mr Macron’s tough stance on “wokeness” and terror has shifted him from a centre-left figure to a right-wing politician to appeal to the French electorate. 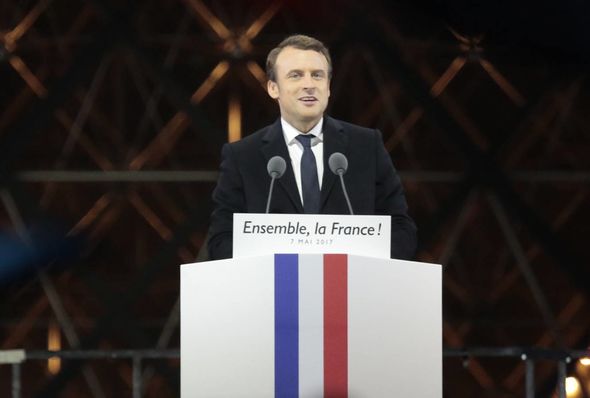 The think tank director also noticed a change in Mr Macron’s rhetoric where he blames “Anglo-Saxons” for hoarding vaccines and called the hijab an “ostentatious religious symbol” after banning it from being used in party political posters.

Mr Oulds concluded his language was becoming stronger and identity-based in what he believes is pandering to the right-wing.

Ms Le Pen on the other hand has abandoned her hardline far-right roots stating she would like to “fix” the European Union rather than leave it.

She has also said she has “no negative feelings” towards foreigners in a bid to distance her National Rally party away from its xenophobia links.