Because the coronavirus pandemic has imposed severe limitations on traditional campaigning, it would be reasonable to argue that the upcoming presidential debates are even more important than they would be in a normal election year. Republicans especially are counting on President Trump to use the debates to catch up with Democratic nominee Joe Biden in the polls.

If history is any guide, however, it’s usually the incumbent, not the challenger, who is more vulnerable in a debate. Perhaps this is because it allows the challenger to appear more “presidential,” a quality frequently mentioned yet hard to precisely define. Or perhaps, after four years of running the executive branch, incumbents just become unused to anyone disagreeing with them.

What we do know is that every so often, a presidential debate becomes a turning point in a campaign. Here are three debates from the last 60 years and how they changed the race. 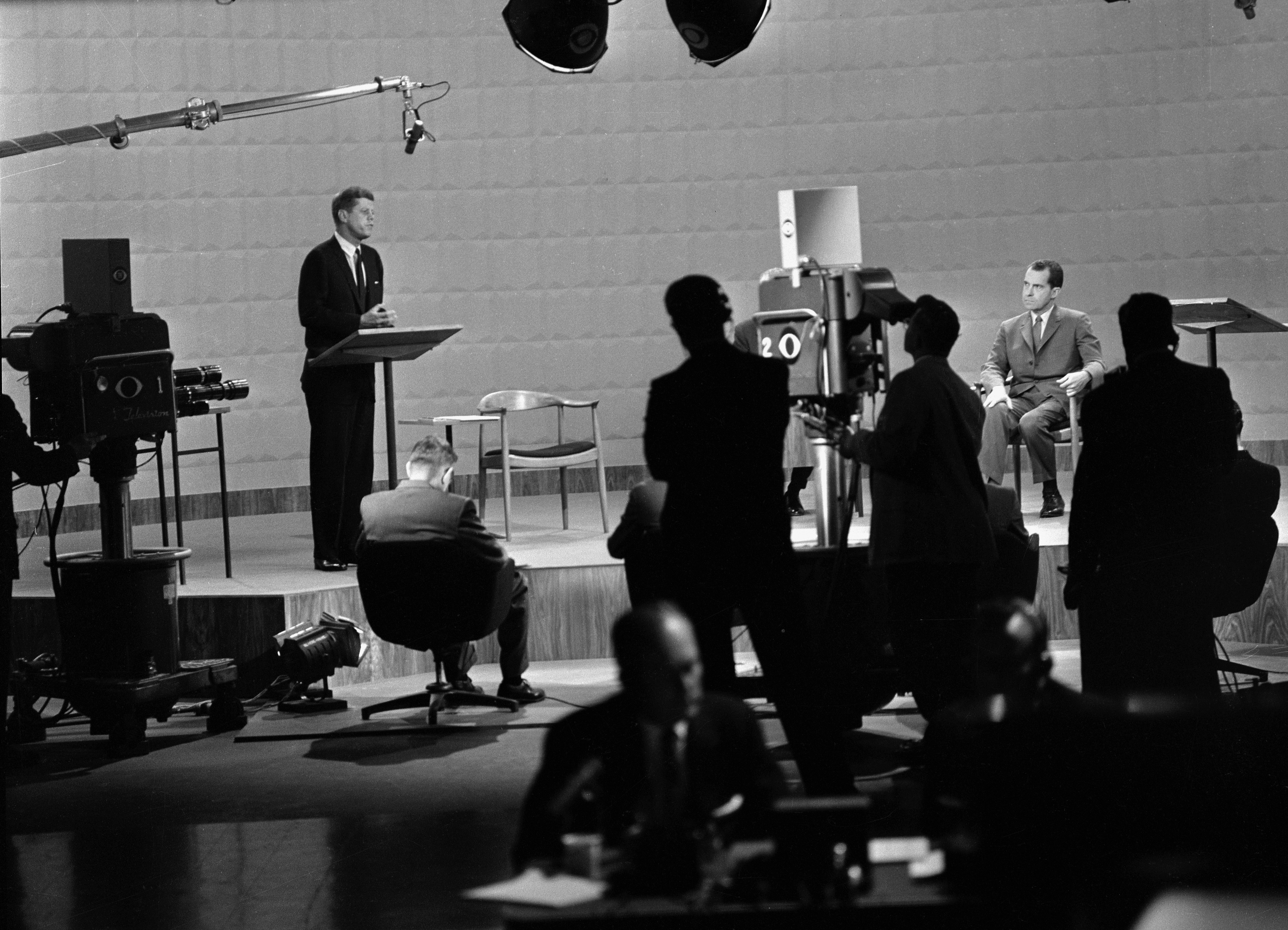 But for the first televised debate in American history, the U.S. might never have had a President Kennedy. John F. Kennedy’s opponent, Vice President Richard Nixon, was a tireless campaigner and, despite his natural awkwardness, an extraordinarily gifted politician. After eight years of Republican rule, the nation was at peace and the economy was still in the midst of the postwar boom. Nixon was leading in the polls and the odds-on favorite for the presidency.

That all changed on Sept. 26. Even with his lead, Nixon had been crisscrossing the country, working himself to the point of illness. He was taking antibiotics that made him drowsy, and had lost so much weight that his suit no longer fit properly. Famously, he refused makeup when offered it at the studio; Kennedy refused it first, effectively goading Nixon to do the same, but the Massachusetts senator was already wearing some on top of his naturally tanned skin.

The story goes that Kennedy’s good looks gave him the edge on TV but that those listening on the radio thought Nixon was the winner. And while Kennedy no doubt cut a more appealing figure than Nixon, who was pale and visibly sweaty and afflicted with his infamous “five o’clock shadow,” JFK had other advantages. For one thing, he had been preparing for the debate nonstop, while Nixon insisted on campaigning until the last minute. For another, he broke the gentleman’s agreement between the two candidates to avoid talk of foreign policy, and used his opening statement to criticize the Eisenhower administration’s handling of the Cold War.

Nixon, unpracticed and unready to discuss foreign policy, quickly faltered. And that November, Kennedy eked out a win in what was at that time the closest presidential election in history. 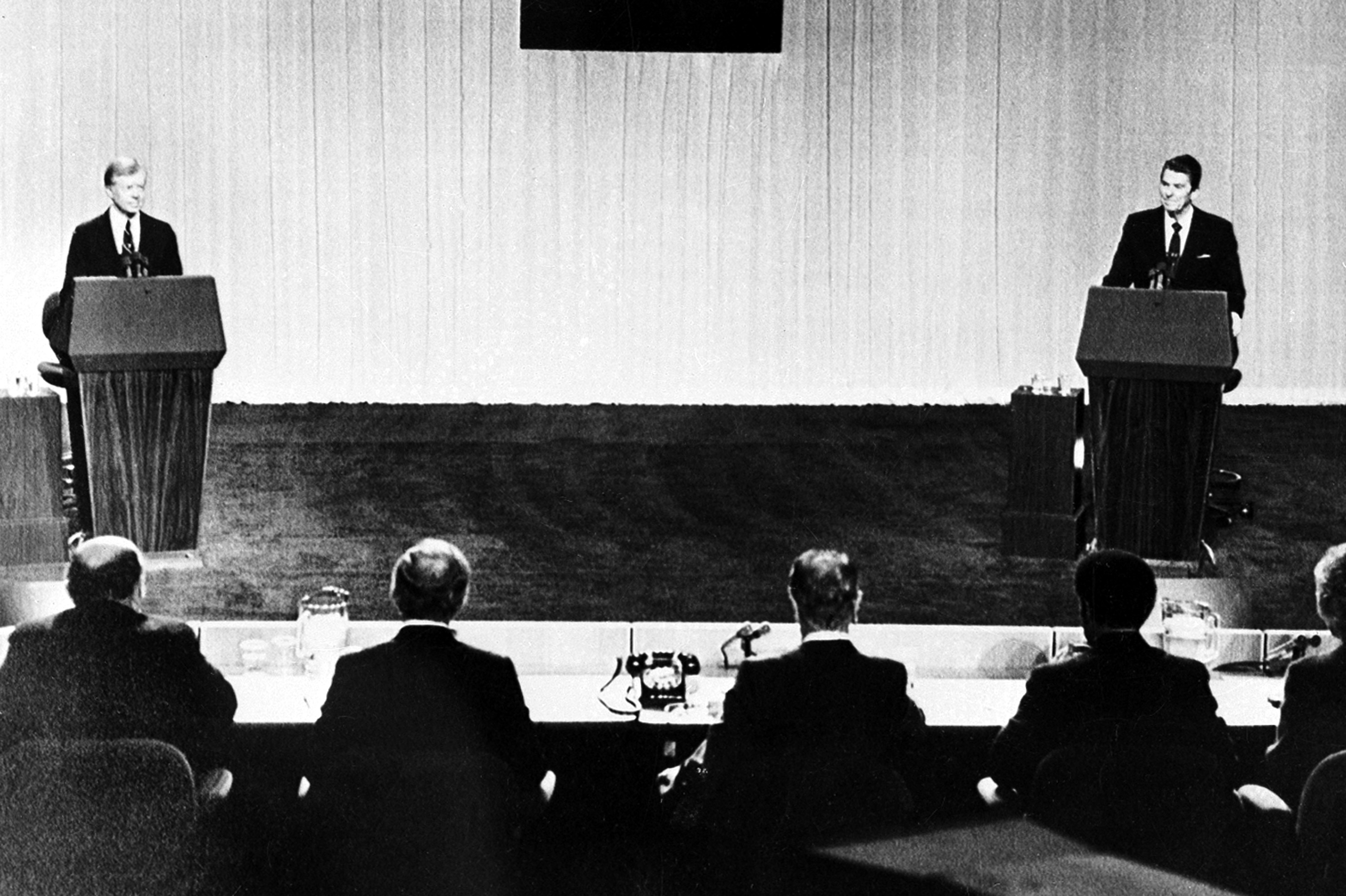 “Are you better off now than you were four years ago?”

Some phrases become so well known that their origins become obscure. But it was Ronald Reagan, the conservative former California governor, who first used these words to devastating effect against President Jimmy Carter.

The line landed in large part because most Americans were not, in fact, better off than they had been at the beginning of Carter’s presidency. At home, economic growth was stagnant and runaway inflation was diluting Americans’ savings — the portmanteau “stagflation,” describing that almost unprecedented situation, became a household word. Overseas, Iranian revolutionaries had taken dozens of Americans hostage in Tehran, while Soviet tanks rolled into Afghanistan. Carter had authorized a raid to rescue the hostages; the mission, aborted before it reached the Iranian capital, was a disaster in which eight Special Forces troops died.

But Carter still had a slight edge in the polls over Reagan when they met for their only debate on Oct. 28. Reagan was notably to the right of Nixon and Gerald Ford, the last two Republican presidents, and some observers felt that regardless of what people thought of Carter, he was too far out of the mainstream to win the presidency.

Carter went after Reagan’s past criticism of popular programs like Social Security. Reagan deflected the attacks with a heavy sigh and what would become another famous political zinger: “There you go again.” Carter also talked about his discussions with his daughter, Amy, who was then 13 years old, about nuclear weapons, for which he was widely lampooned in the press.

A week after the debate, Reagan won the presidency in a landslide. 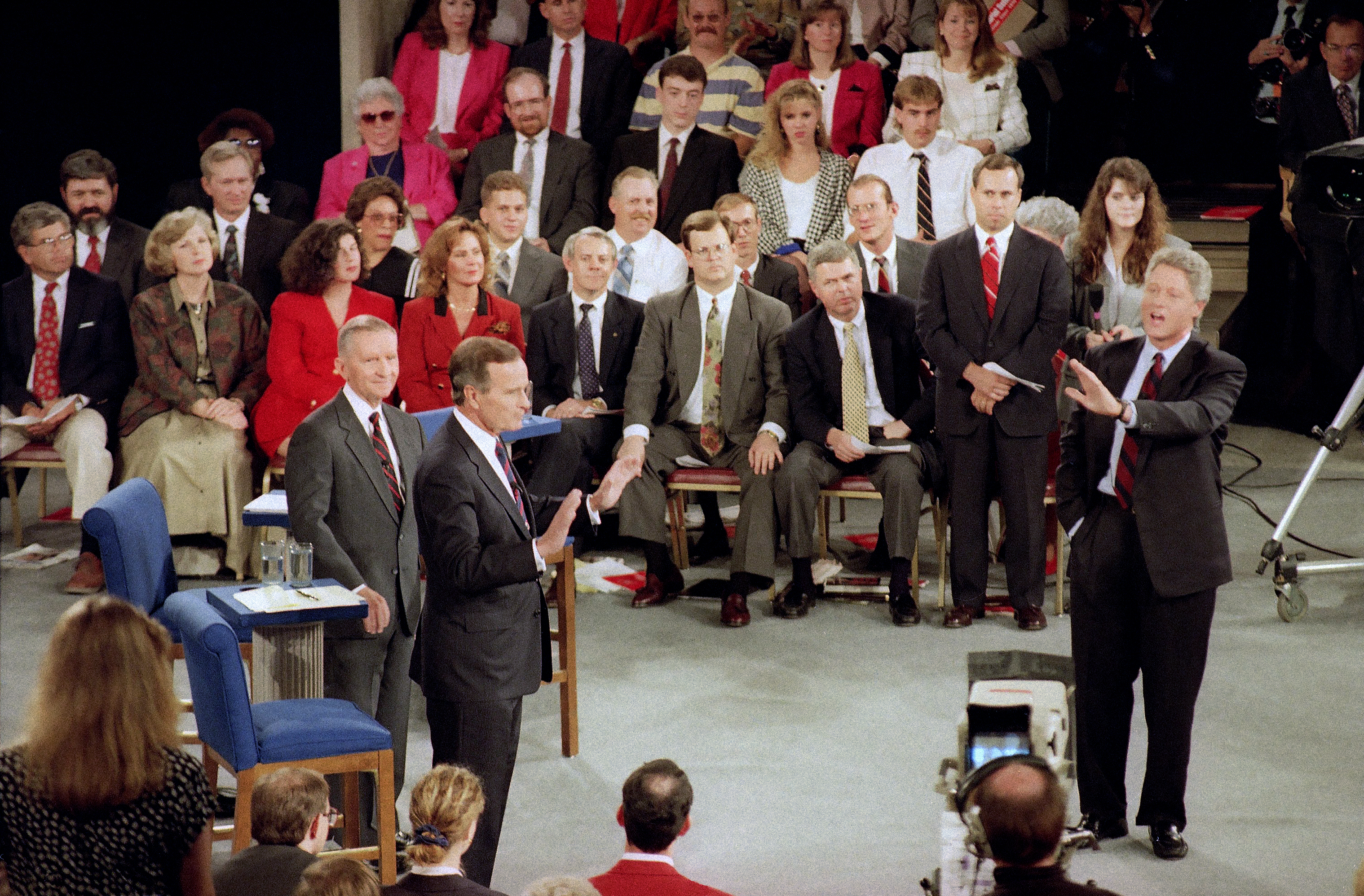 Following the success of the first Gulf War, President George H.W. Bush was wildly popular. In February 1991, a Gallup poll found that Bush had an 89 percent approval rating — the highest approval rating ever recorded up to that time. He was considered so formidable going into the 1992 election, in fact, that a number of leading Democratic politicians with presidential aspirations — including Missouri Rep. Dick Gephardt, New Jersey Sen. Bill Bradley and New York Gov. Mario Cuomo — declined to seek the party’s nomination.

The knock on Bush — the wealthy son of a U.S. senator — was that he was out of touch with the realities of everyday Americans; one widely circulated but since debunked news story reported that while campaigning for reelection, Bush was mystified by a grocery checkout scanner. Things got even worse for Bush when the populist Texas billionaire Ross Perot entered the race and began siphoning off votes from disaffected Republicans.

However, Bush still had a chance when the three candidates met for a town hall debate on Oct. 15. The questions all came from the audience, which allowed viewers to watch how they interacted with normal Americans.

It was a golden opportunity for Bush to show that he could still connect with the little guy. Instead, when one woman in the audience asked how the ballooning national debt had affected the candidates personally, he impatiently looked at his watch. Confused by the question, he stumbled through his answer. Clinton, meanwhile, handled it smoothly with a clear, concise and rather slick answer explaining that he was not at all removed from people suffering through the bad economy. And while Clinton spoke, Bush was caught staring at his watch again.

It was a moment that underscored the idea that Bush simply wasn’t interested in campaigning and listening to voters, that he somehow felt that it was all beneath him. Clinton went on to win the election handily on Nov. 3.

END_OF_DOCUMENT_TOKEN_TO_BE_REPLACED

END_OF_DOCUMENT_TOKEN_TO_BE_REPLACED
Recent Posts
We and our partners use cookies on this site to improve our service, perform analytics, personalize advertising, measure advertising performance, and remember website preferences.Ok