Toll of sleepless nights for new mothers is equivalent to SEVEN YEARS of ageing, research suggests

As if coping with midnight feeds and 3am nappy changes wasn’t hard enough, scientists now say that sleepless nights can age new mothers by up to seven years.

Research suggests that lack of sleep in the first six months after a baby is born speeds up ageing.

Regularly getting less than seven hours of sleep a night can leave a woman’s body between three and seven years older, the study found.

Researcher Dr Judith Carroll urged new mothers to grab some shut-eye when they can – and enlist the help of grandparents where possible. 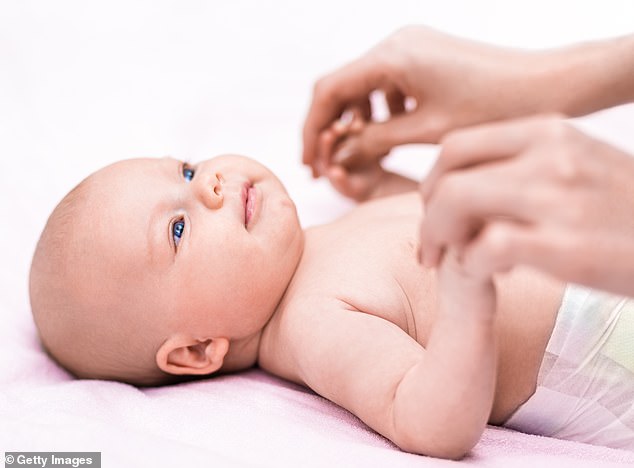 As if coping with midnight feeds and 3am nappy changes wasn’t hard enough, scientists now say that sleepless nights can age new mothers by up to seven years [File photo]

In the first study of its kind, she asked 33 mothers of one-year-olds how much sleep they had got since their babies were born.

More than half were getting fewer than seven hours a night.

Dr Carroll also took samples of the women’s blood and analysed it for tiny changes to their DNA. These changes are linked to ageing, as well as age-related illnesses, such as heart disease, and higher odds of an early death.

The results revealed that the first six months after a baby’s birth are crucial. Lack of sleep in that period sped up ageing – and the risk of ill health. Poor sleep in the next few months did not seem to have an effect.

Dr Carroll, of the University of California, Los Angeles, said this might be because looking after a newborn baby is particularly taxing on the body.

It is also possible that lack of sleep when the baby was between seven and 12 months had also aged the mothers, but it was too soon for it to show up in the blood tests. 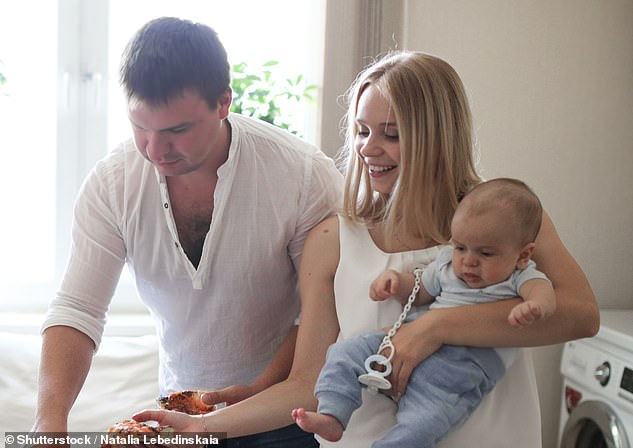 As for new fathers, Dr Carroll thinks they will also be aged by a lack of sleep – but to a lesser extent, if their partners are doing most of the childcare

Being overweight also fuelled biological ageing. However, being married or living with a partner helped keep the new mothers young, the journal Sleep Health reports.

Dr Carroll said bigger studies are needed to confirm the findings. It is also important to check if the ageing is permanent or if better sleep in later years cancels it out.

She recommends that new mothers sleep when they can. ‘When the baby falls asleep at seven or eight in the evening, and the mom is also tired, it might be better to just go to bed than try and stay up,’ she said.

‘Having more opportunities to sleep is also important. If there is a partner, friend, or grandparent who is available, I would encourage them to use this help so that mom can go back to bed.’

Clare Byam-Cook, a former midwife who has helped thousands of women to breastfeed and to get their babies to sleep, said: ‘There is not enough emphasis on how important it is for mums to look after themselves, as well as their babies.’ But Dr Neil Stanley, an independent sleep expert, said new mothers should not worry.

‘There’s no doubt that having a newborn is going to disrupt your sleep,’ he said. ‘But were the changes the researchers found a sign of getting older or a sign the women had just had a terrible six months? One would presume that after a million years of evolution the body is prepared for motherhood and is able to recuperate afterwards.’

As for new fathers, Dr Carroll thinks they will also be aged by a lack of sleep – but to a lesser extent, if their partners are doing most of the childcare.