Tony Blair has launched a blistering attack on Jeremy Corbyn and told him ‘enough is enough’ as he warned him against criticising the record of the last Labour government.

The former prime minister said he felt compelled to ‘set the record straight’ as he accused Mr Corbyn of ‘bad politics and worse history’.

Mr Blair claimed Mr Corbyn had been treating his party’s 1997 to 2010 government in the same way he did those of Margaret Thatcher and the Tory-led Coalition Government.

It came after Mr Corbyn delivered a speech last Saturday in which he said ‘for decades we’ve been told that inequality doesn’t matter’.

Mr Blair took that as criticism of his own record in power and today published an extraordinary video on social media.

He told Mr Corbyn: ‘Don’t tell me or those who worked with me… that we did nothing for the poorest in our country or the world.’

Mr Blair has been a vocal critic of Mr Corbyn’s approach to Brexit in recent years but he has rarely chosen to criticise the Labour leader on domestic matters. 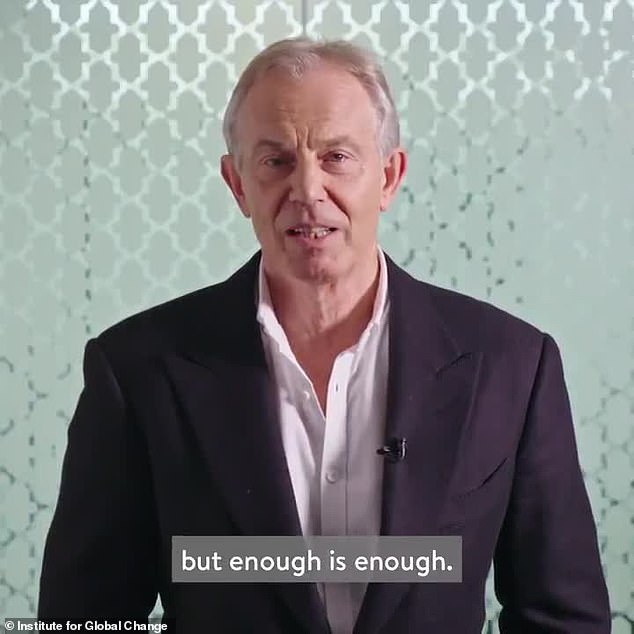 Tony Blair took recent comments made by Jeremy Corbyn about inequality as a direct criticism of the last Labour government. In a video published on social media today, Mr Blair said ‘enough is enough’ and it was time to ‘set the record straight’

In the video, published by the Tony Blair Institute for Global Change, the former premier said: ‘I don’t often respond to the leader of the Labour Party’s attacks on the last Labour government but enough is enough.

‘Last Saturday Jeremy Corbyn said “for decades we’ve been told that inequality doesn’t matter because the education system will allow talented and hard-working people to succeed whatever their background”.

‘This is the latest repetition of a charge that has become something of a mantra.

‘Only last year Jeremy said that working class communities had been “hit by decades of failed economic policies” and that “for 30 years, the media and the establishment have tried to tell us that class doesn’t matter anymore and that we should ditch any idea of representing and advancing the interests of the working class”.

Mr Blair said he had noted the references to ‘decades’ and ’30 years’.

‘In other words, Thatcher government, last Labour government, 10 years of Tory austerity, it’s all the same,’ he said.

‘All one unbroken line. All one policy. All one ideology. This is bad politics and worse history and it is time to set the record straight.’

Mr Blair has repeatedly urged Mr Corbyn to change tack on Brexit and to back a second referendum.

He said in May that he had voted Labour at the European Parliament elections but that he had done so “without any great enthusiasm”.

Alastair Campbell, Mr Blair’s former spin doctor, prompted a political firestorm after he revealed he had voted for the Liberal Democrats amid claims that Cherie Blair had done the same. 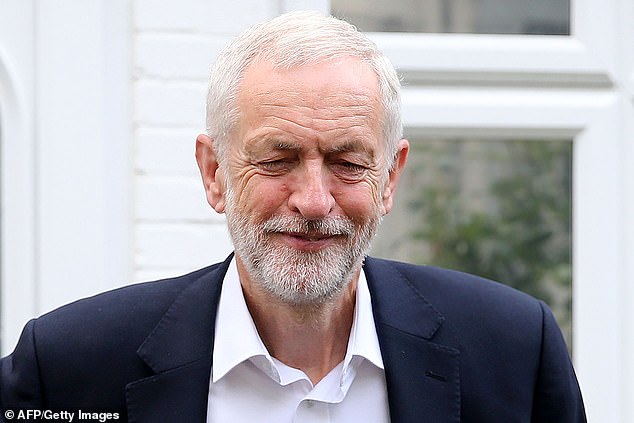 Mr Campbell was expelled from the party over the matter and Mrs Blair said today that was ‘the wrong thing to do’.

She also refused to be drawn on how she voted, telling BBC Newsnight: ‘I never comment on how I vote.’

Mr Blair used today’s video to reel off the apparent achievements of the last Labour government as he cited reductions in NHS waiting times and increases in the number of doctors and teachers during his time in Number 10.

‘Of course, like any government we had faults, failures and did things people disagreed with,’ he said.