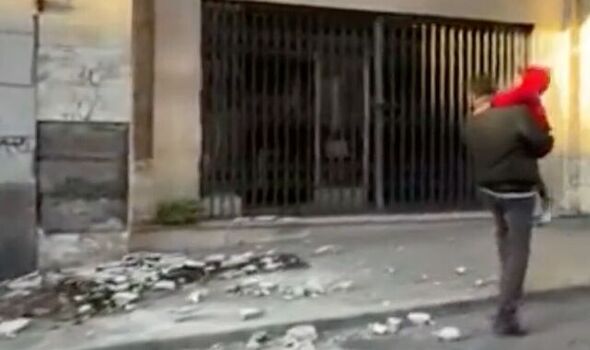 A strong earthquake occurred in Italy at 7.07am this morning with its epicentre in the sea in front of the northern Marche coast between Marotta and Senigallia, at the edge of the territorial waters.

The earthquake was clearly felt throughout Romagna and Rimini, but also in Bologna and even in Veneto in the north-east.

According to initial estimates, the magnitude was ML 5.5. at a depth of 11 km.

Many people took to the streets, with car and home alarms going off. Following the earthquake, in order to verify the viability of the school buildings, the Mayor of Senigallia Massimo Olivetti ordered the closure of schools of all levels.

School checks are also underway in the province of Rimini. The president of the Province of Rimini Riziero Santi made it known that “the Civil Protection system has been activated to study and monitor the earthquake. In the meantime it is advisable to maintain a state of attention by reporting any signs of damage. In schools, the protocols provided must be applied”.

The Municipality of Rimini reported: “Following the strong earthquake recorded this morning with its epicentre on the Pesaro coast and also felt in the Rimini area, the activity of checks by the municipal technicians and Anthea specifically focused on the school building heritage was immediately activated.

“No problems or damages are reported at the moment.

“The technicians of the Public Works Management of the Municipality of Rimini and Anthea immediately took action for the technical checks of the municipal schools, which remained regularly open.

“Checks included immediate inspections in the school complexes, which will be followed by the scheduled reconnaissance by the teams already prepared by the technicians, which will all be completed in the next 24 hours, providing for inspections on all 70 school buildings under the municipal authority.

“The operations centres of the municipal police and civil protection of Rimini have not received any reports of critical issues or damages at the moment.”

Premier Giorgia Meloni was in constant contact with Italy’s civil protection agency monitoring the situation, her office said in a statement.

A spokesman for Italy’s Civil Protection said the earthquake did not cause any injuries.