Tree of friendship planted by Trump and Macron has DIED

An oak tree that Emanuel Macron gifted to Donald Trump as a symbol of their lasting friendship has died.

The two men were pictured plating the tree together on the White House lawn in April last year during the first state visit of the Trump administration.

But shortly after the young oak had been buried it was dug back up and placed into quarantine, which is standard practice for living things imported into the US. 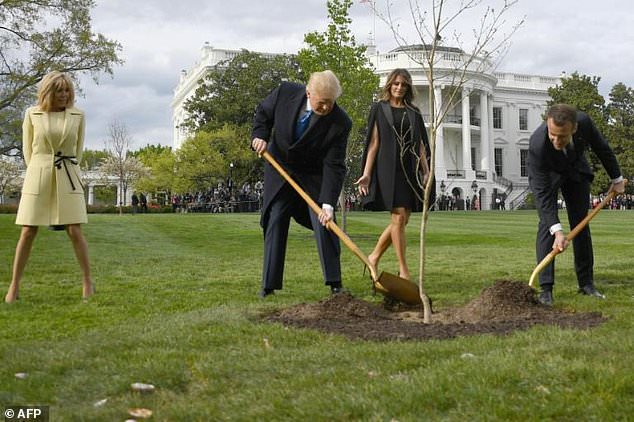 Gerard Araud, then the French ambassador to America, confirmed at the time that the tree had been moved and said it would be replanted at a later date.

But, according to a diplomatic source who spoke anonymously to Le Monde, the tree has since died.

The tree held symbolic value beyond representing the leaders’ friendship because it came from Belleau Wood, north-east of Paris, where 1,800 US Marines died in a ferocious battle during the First World War.

News of the tree’s apparent demise emerges at a strained time for relations between America and France.

While Macron had a launched a charm offensive on President Trump following his 2016 election, the mood has since cooled.

The two men have found themselves at loggerheads on issues from how to deal with Iran, to trade and the importance of the European Union.

They last met in France to mark the 75th anniversary since the D-Day landings, when Macron gave a speech that made several digs at Trump’s key policies. 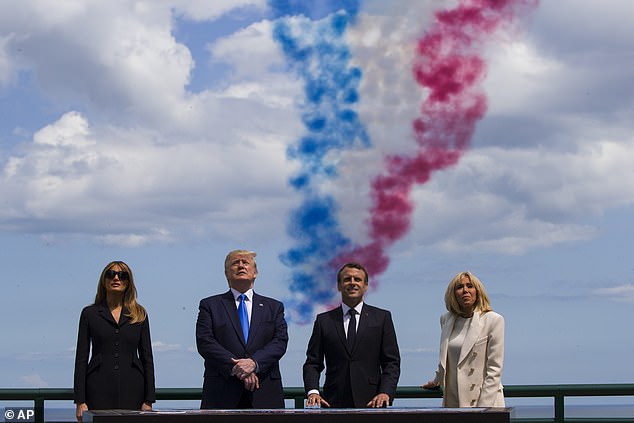 ‘The United States of America is never greater than when it is fighting for the freedom of others.’ he said.

‘We must never forget to keep alive the alliance of free people.’

Macron then praised leaders of the Second World War for setting up the United Nations after the conflict.

He added: ‘It’s what the US did in setting up the North Atlantic Treaty Organization, NATO.

‘It’s what, a few years later, the leaders of this continent did by bringing about the European Union.

‘This promise of Normandy, we must find its essence once again to seize this commitment, what we owe to our homeland, to the alliance of countries with shared values, that of democracy and liberty.’