Trombonist jailed for seven years for raping woman after a party

Trombonist, 25, at Royal Welsh College of Music and Drama is jailed for seven years for raping ‘utterly vulnerable’ woman who passed out on sofa at drink and drug-fuelled party at his home

A musician at a prestigious drama college who raped a sleeping woman after a night out was jailed for seven years onThursday.

The victim, who slept on his sofa at his home when he attacked her, told how she is still haunted by the incident and sees Williams-Stacey’s face in her nigthmares.

A judge said the rape of an ‘utterly vulnerable’ victim was an ‘appalling violation’. 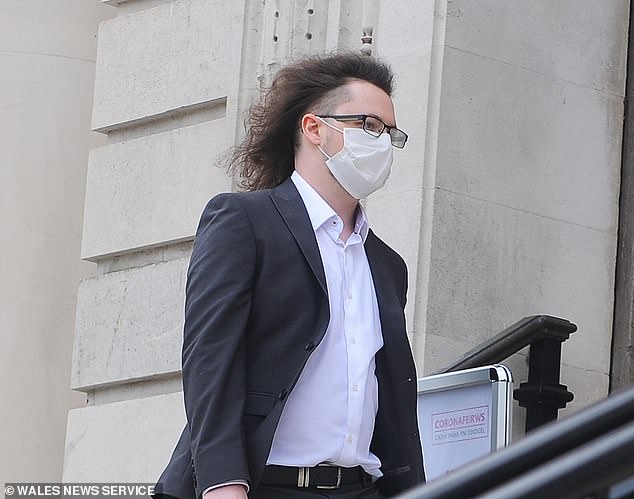 Trombonist Benjamin Williams-Stacey, 25, (pictured in a mask)  ‘took full advantage’ of the woman as she lay asleep on the sofa in his home after a party. He was jailed for seven years at Cardiff Crown Court

Williams-Stacey had been a student at Royal Welsh College of Music and Drama – the former college of stars such as Sir Anthony Hopkins, Rob Brydon and Ruth Jones.

But the judge told him he had ‘thrown away’ his musical future after being convicted of rape.

Cardiff Crown Court heard the young woman had drunk seven to eight pints of lager throughout the night, had been among those smoking cannabis in the garden, and described herself as being ‘extremely drunk’.

Prosecutor Roger Griffiths said she came from the garden and lay on the sofa to fall asleep.

But the court heard she woke when a man moved her legs apart, pushed her underwear to one side and raped her.

Mr Griffiths said: ‘The episode lasted for five minutes and the male did not say anything.’

Describing the alleged incident in her video interview, the complainant said she ‘just lay still’ during the incident. 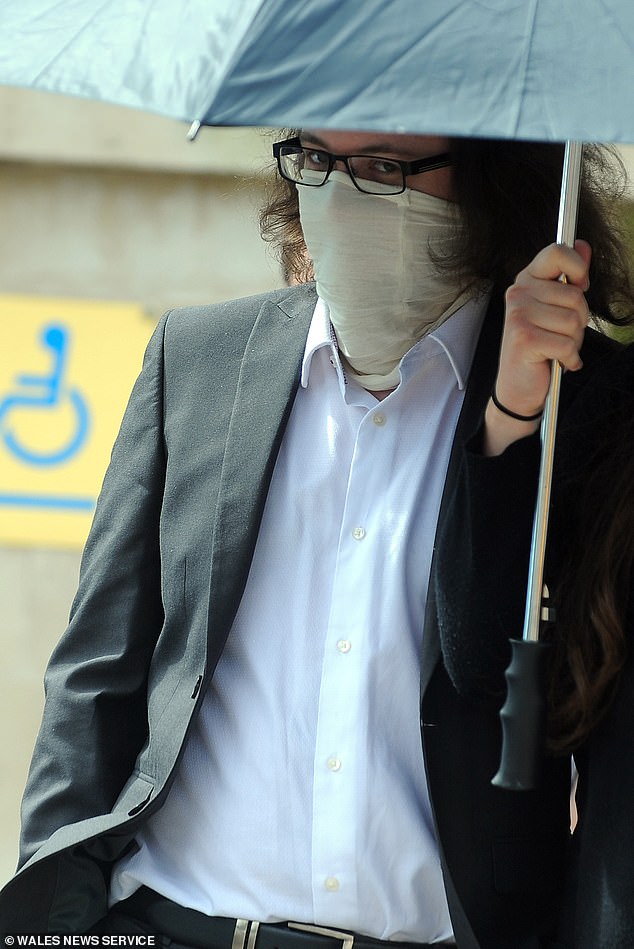 When asked the reason why she didn’t say anything during the incident, she said: ‘I was scared, I just wanted it to be over.’

Williams-Stacey was arrested and positive DNA test match was made.

In his police interview Williams-Stacey said he was seven or eight out of 10 in terms of intoxication at the start of the night but after smoking cannabis in the garden at his home he described himself being 10 out of 10 in intoxication and ‘in the worst state he had ever been in’.

He said he remembered being alone with the complainant when she was asleep on the couch in the living room. But he said he could not remember any more.

The music student, of Roath in Wales, attended lectures in the morning but was made aware of the allegation and was subsequently arrested when he returned home.

Williams-Stacey had been a student at Royal Welsh College of Music and Drama – the former college of stars such as Sir Anthony Hopkins, Rob Brydon and Ruth Jones

In a victim impact statement the woman said the rape had left her with post traumatic stress disorder leading her self harm and gain six stone in weight through ‘comfort eating’.

She said: ‘I have dreams and I can see Ben’s face in them this happens regularly and I have woken up crying.’

Williams-Stacey denied rape – saying he could remember anything but was convicted by a jury.

Kevin Seal, mitigating, said: ‘This offence is completely out of character for him.’ 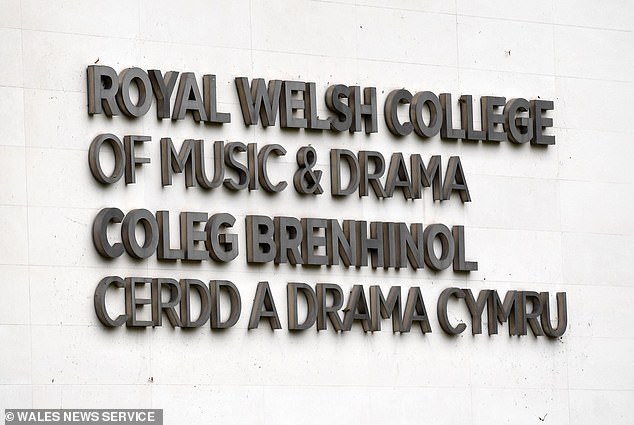 The judge told Williams-Stacey, who attended the Royal Welsh College of Music and Drama (pictured) said: ‘You were and are plainly a talented musician, that is clear by your acceptance of a place this prestigious college’ but told him he had ‘thrown away’ his musical career

Recorder Paul Hopkins QC jailed him for seven years and told him he must register as a sex offender for life.

The judge said: ‘You decided to take full advantage of the situation that presented itself to you.

‘Knowing her state of intoxication you raped her knowing that she was in no fit state to consent even if there had been prior exchange between you.’

He told Williams-Stacey: ‘You were and are plainly a talented musician, that is clear by your acceptance of a place this prestigious college.

‘You had a bright future ahead of you but you have thrown that away.’

END_OF_DOCUMENT_TOKEN_TO_BE_REPLACED

END_OF_DOCUMENT_TOKEN_TO_BE_REPLACED
Recent Posts
We and our partners use cookies on this site to improve our service, perform analytics, personalize advertising, measure advertising performance, and remember website preferences.Ok