Mr Trump accused Berlin of falling short of its NATO commitments during a meeting with Polish President Andrzej Duda at the White House yesterday. The US President demanded that they increase their defence spending from one percent to two percent of gross domestic product (GDP). NATO set a target for every member to spend two percent of GDP on defence by 2024.

But Berlin has only pledged to increase spending to 1.5 percent by that date.

Mr Trump also warned that Germany could become a “hostage of Russia” over plans for a controversial gas pipeline between the two countries.

The Republican added that he could impose sanctions in a bid to block the Nord Stream 2 which would run under the Baltic Sea sending gas from Russia to Germany.

He said: “This is something we are looking into and thinking about.” 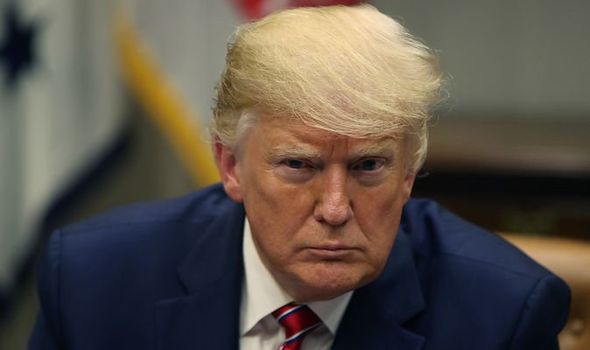 “We protect Germany from Russia, and Russia gets billions of dollars from Germany.”

And Mr Trump promised to boost US military presence in Poland by relocating troops from Germany or elsewhere in Europe.

It comes after the US President accused Berlin of short-changing NATO ahead of the organisation’s 70th anniversary celebrations earlier this year.

Mr Trump said: “I’ll be talking about Germany, I always talk about Germany. Germany, to be honest, is not paying their fair share.” 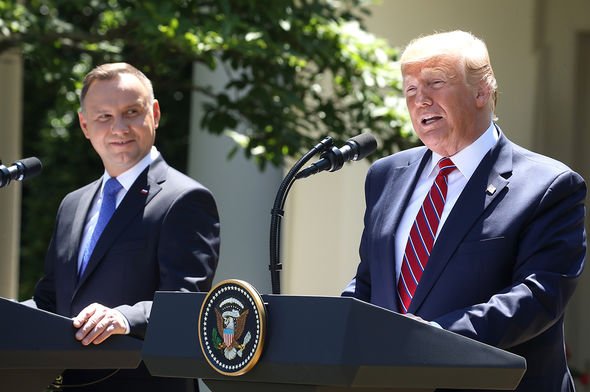 He said: “All NATO allies made a pledge to invest more in defence to improve burden sharing in our alliance, and I expect all allies, including Germany, of course, to make good on the pledge we made together.

“We didn’t make this pledge to please the US. We made it because we live in a more unpredictable and uncertain world.”