Trump lashes out at Cindy McCain after she endorses Biden

President Trump on Wednesday lashed out at Cindy McCain after the widow of the 2008 Republican nominee and Arizona Sen. John McCain formally endorsed Democrat Joe Biden for president.

“I hardly know Cindy McCain other than having put her on a Committee at her husband’s request,” Trump tweeted. “Joe Biden was John McCain’s lapdog. So many BAD decisions on Endless Wars & the V.A., which I brought from a horror show to HIGH APPROVAL. Never a fan of John. Cindy can have Sleepy Joe!”

Cindy McCain, a registered Republican, had already lent her voice to a video that played during the Democratic National Convention — a move that was seen as her tacit endorsement of Biden’s bid.

On Wednesday morning, McCain discussed her endorsement across multiple morning news TV programs, which Trump is known to regularly watch.

In her formal endorsement, she cited her decades-long friendship with Biden as well as their bond as parents of children serving in the military. 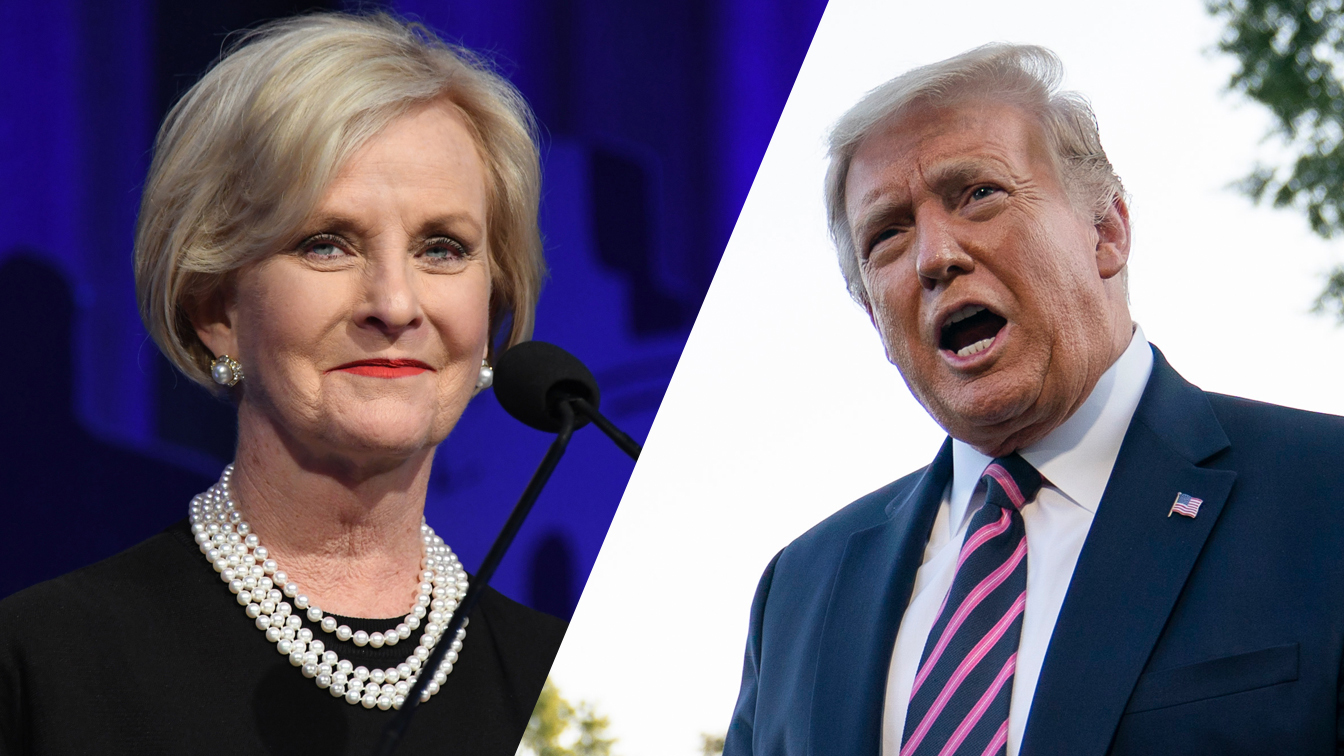 “I decided to take a stand,” she added. “You may have to step out of your comfort zone a little bit, but Biden is by far the best candidate in the race.”

Trump has repeatedly disparaged John McCain, both before and after his death. In 2015, Trump dismissed McCain’s status as a war hero.

McCain, a Navy pilot, was shot down over North Vietnam, was captured, beaten and held prisoner for more than five years.

“He was a war hero because he was captured,” Trump said. “I like people who weren’t captured.”

In 2018, McCain voted against repealing Obama’s health care law, angering Trump with a dramatic thumbs-down vote. Trump, who wasn’t invited to McCain’s funeral, has frequently mocked his thumbs-down vote at rallies since his death.

At a fundraiser on Tuesday evening, Biden said that Cindy McCain’s endorsement was forthcoming, suggesting she was disgusted by Trump’s reported comments mocking fallen American soldiers.

“He talks about how my son and John and others who are heroes, who served their country,” Biden told donors. “You know, he said they’re ‘losers, suckers.’”

END_OF_DOCUMENT_TOKEN_TO_BE_REPLACED

END_OF_DOCUMENT_TOKEN_TO_BE_REPLACED
Recent Posts
We and our partners use cookies on this site to improve our service, perform analytics, personalize advertising, measure advertising performance, and remember website preferences.Ok