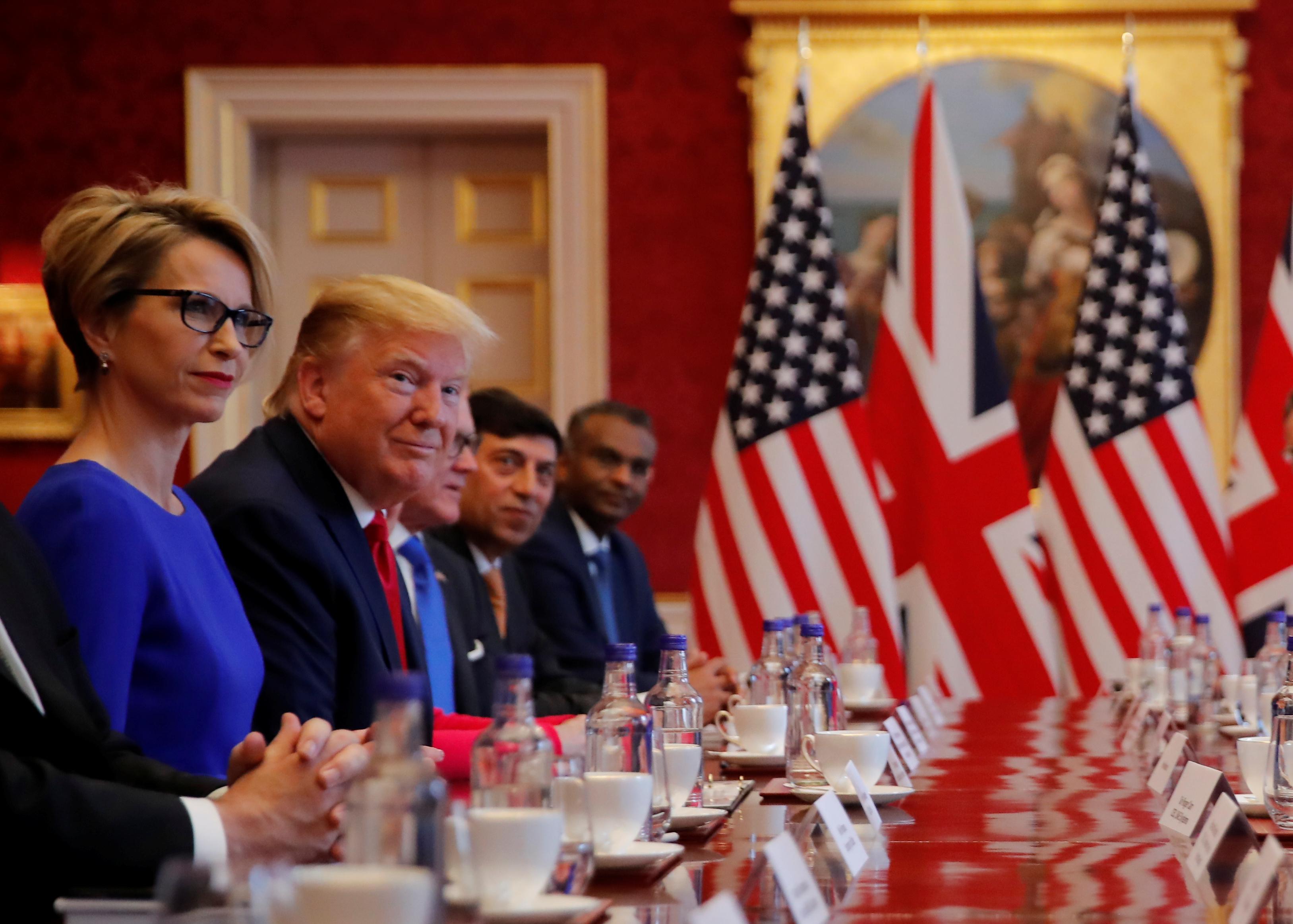 LONDON (Reuters) – Donald Trump told British Prime Minister Theresa May on Tuesday that the United States would do a “very substantial trade” deal with the United Kingdom after Brexit.

Trump thanked May for doing a fantastic job.

He said he didn’t know May’s timings but that she should stick around.

The U.S. president and May were meeting British and American business leaders on the second day of Trump’s state visit to Britain. They will later hold a press conference.