Three Turkish soldiers have been wounded while some equipment and facilities were damaged, Ankara says. 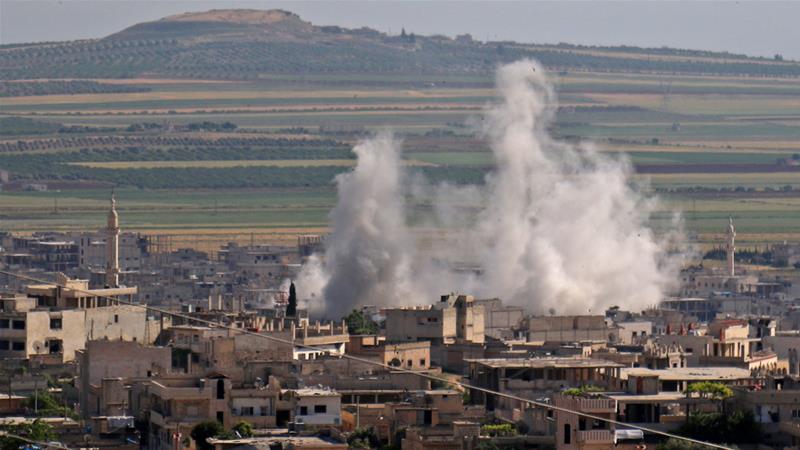 Syrian government forces have attacked a Turkish observation point in Syria’s Idlib province, Turkey’s Defence Ministry has said, in what it assessed as a deliberate attack involving 35 mortar shells.

Three Turkish soldiers were slightly wounded in the attack, the ministry said in a statement on Thursday, and some equipment and facilities were damaged.

“The transportation and treatment of the wounded [soldiers] is ongoing,” the statement said. The ministry added that Ankara has made representations to Moscow about the incident.

Under a deal with Russia, Turkey deployed forces in Idlib at a dozen positions around the rebel-controlled northwestern province, where it has set up observation towers to prevent escalations between the Syrian government forces and rebels.

However, Syria and ally Russia ramped up deadly air raids and artillery fire in the region in late April against Hay’et Tahrir al-Sham (HTS), a former al-Qaeda affiliate whose fighters dominate the area. Russia wants the group out of Idlib and disarmed, and keeps pressuring Turkey to make that happen.

The latest attack came after Russian news agencies reported that Russia and Turkey have brokered a complete ceasefire in Idlib between Syrian government forces and rebels, a claim denied by Turkish-backed rebels in the region.

The Russian military said the ceasefire applied to the so-called Idlib de-escalation zone and had led to a significant reduction in violence on Wednesday, Russian news agencies said.

However, Turkish Foreign Minister Mevlut Cavusoglu said on Thursday that it is not possible to say that a full ceasefire is established in Syria’s Idlib.

Speaking in a news conference with his French counterpart, Cavusoglu also said Turkey will do what is necessary if attacks continue and that it expects Russia to put pressure on the Syrian government.

Mohammed Rashid, a spokesman for the Nasr faction in the Free Syrian Army, also denied that a truce was established in Idlib.

“Syrian regime and its backers killed 30 civilians, most of whom are children, in the last three days,” Rashid said.

“What we know is that Turkish and Russian authorities are trying to initiate a ceasefire,” Al Jazeera’s Sinem Koseoglu said, reporting from Ankara.

Monitors, rights groups and residents say the government of President Bashar al-Assad and his backer Russia have relentlessly and systematically attacked residential areas, hospitals, markets and infrastructure in Idlib and surrounding areas to break the will of the people there.

Diana Samaan, a Syria researcher with Amnesty International, said last week that homes are targeted as a “tactic to pressure civilians to succumb”.

Tens of thousands of people have fled their homes, many of them sheltering at the Turkish border from air raids that have killed scores of people.

Around 300 people have been killed by air raids and shelling in the area since late April, according to the United Nations. The bombardment displaced tens of thousands of people.

The war in Syria has killed hundreds of thousands of people since it started in 2011, with millions more displaced. 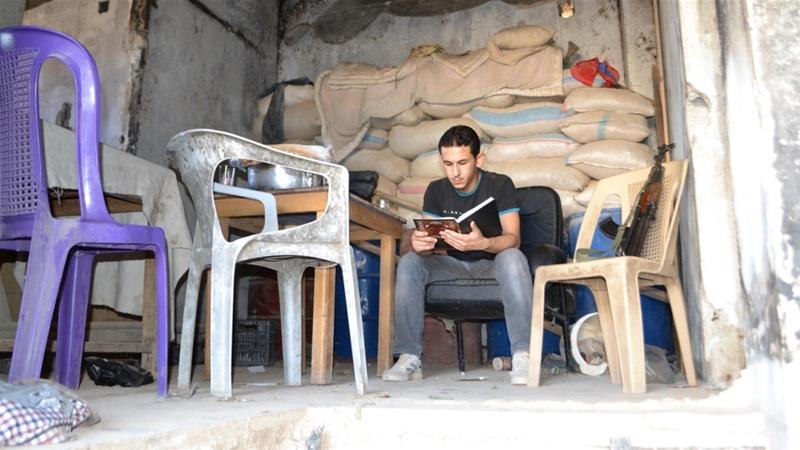 Daraya: A Library Under Bombs in Syria