Egypt transported 22 ancient pharaohs in a bizzare ceremony in Cairo yesterday. The ceremony marked the moving of ancient mummies from a museum in Cairo to a new location outside of the city. The multi-million dollar event was an incredible spectacle but ignored an ancient warning about moving mummies, and many are concerned the event has brought with it a curse.

Amongst the procession were 22 mummies of 18 kings and four queens aboard spectacular golden trucks.

The ancient remains were transported in chronological order of their reigns – from the 17th Dynasty ruler Seqenenre Taa II, to Ramses IX, who reigned in the 12th Century BC.

The lavish multi-million dollar spectacle saw the mummies moved from the peach-coloured, neo-classical Egyptian Museum to their new resting place three miles away to the south of Cairo.

Crowds watched on as performers escorted golden trucks designed to look like tombs as they carried the ancient royals to their new home.

JUST IN: Boris Johnson announcement: PM to address nation from No10 with four major Covid changes 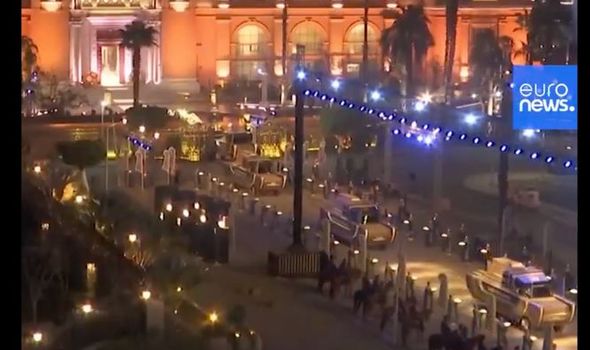 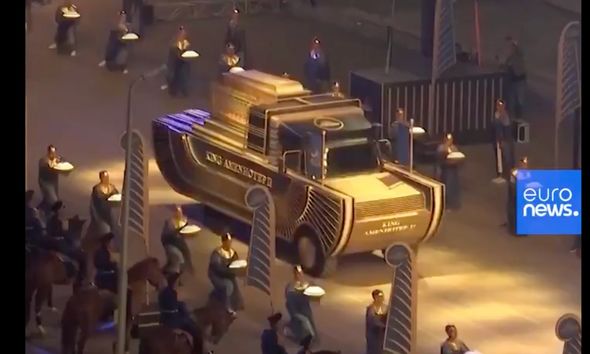 But while the event made for an incredible spectacle following months of Covid chaos in the country, many questioned the parade warning of an ancient rule that says you should never move the body of a Pharaoh or you’ll face a curse.

Transporting the mummies – or “disturbing their peace” is warned against on King Tutankhamun’s tomb. The warning reads: “Death will come on quick wings for those who disturb the King’s peace.”

Egypt has had its fair share of bad luck in recent months and will come as a worry to superstitious minds who watched the event unfold.

Egypt has seen more than 12,000 deaths covid deaths, lost billions in trade after the blocking of the Suez Canal by the Ever Given cargo ship and dozens of people tragically died in a train crash in Sohag, Upper Egypt earlier 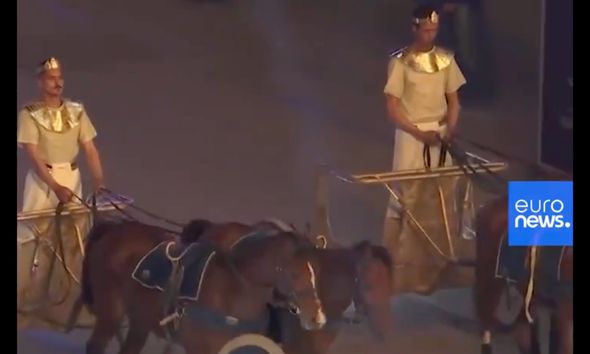 The parade sparked huge superstition amongst viewers who feared the worse is to come as the lavish parade carried the mummies away.

One person tweeted: “Egypt is moving some royal mummies Crown to a new Grand Museum with a parade & all.

“Word on the street is that the high winds & everything that’s happening now is the legendary pharaohs’ curse.”

Another said: “The fact that King Ramasses II is causing all these catastrophes in Egypt is beyond me.”

Does the Suez canal have locks? How much does it cost to go through? [ANALYSIS]
Is the Suez Canal open? Ever Given ship is FREE after 6 days of chaos [NEWS]
Suez Canal latest: Monster traffic jam of cargo ships seep from space [PHOTOS] 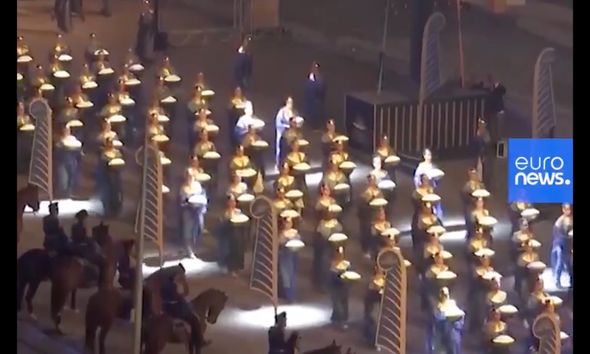 They added: “The pharaoh curse activated when they announced that they’d be transferring mummies to a new museum, including King Ramasses’ mummy.

“He was the strongest & most powerful pharaoh.”

But others were more positive.

One person said the show was “Absolutely spectacular.”