The UK has banned arrivals from Tanzania and the Democratic Republic of Congo in the latest bid to stop the ‘more vaccine resistant’ South African Covid strain taking hold in Britain.

The rule, which comes into force from 4am on Friday, will not apply to returning British and Irish nationals and those with residency rights. 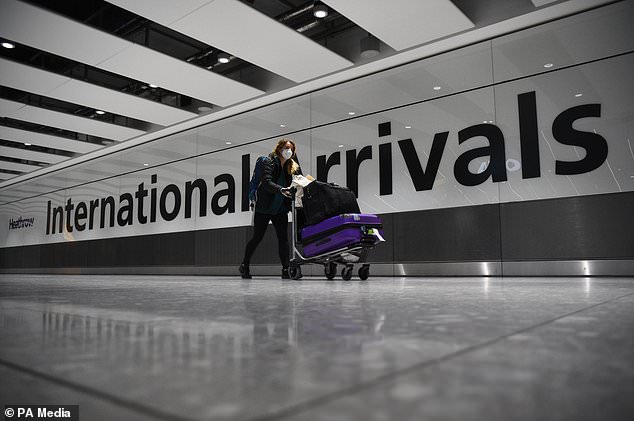 More countries have been added to the arrival ban list in a bid to prevent the South African Covid-19 variant from taking hold in the UK. Pictured: The arrivals area of Heathrow Airport

The decision comes after UK’s chief scientific adviser Sir Patrick Vallance warned this week that coronavirus variants were a ‘real issue of concern’.

Scientists believe the vaccines currently being rolled out may be less effective against the South African variant, known as 501Y.V2.

Mr Shapps tweeted: ‘To help to stop the spread of the Covid-19 variant identified in South Africa, we are banning all arrivals from Tanzania and Democratic Republic of Congo from 4am tomorrow.

‘All passengers from these countries except British and Irish Nationals and third country nationals with residents rights will be denied entry.

‘We are continuing to monitor Covid-19 rates and new strains of the virus across the globe, this alongside the suspension of travel corridors and pre-departure testing will help protect our borders.’

The two countries join several other nations in southern Africa to be slapped with an arrivals ban in the bid to prevent 501Y.V2 from spreading through the UK. 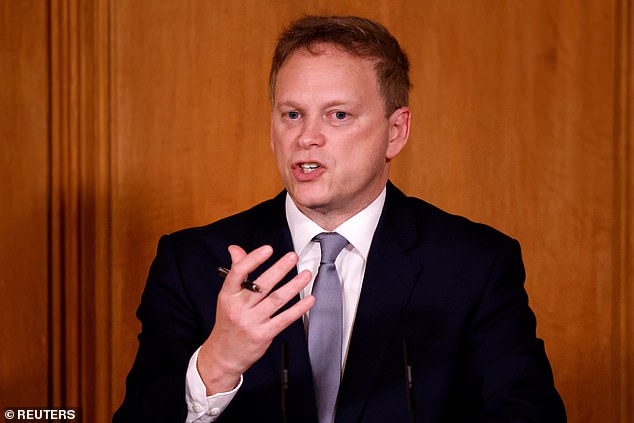 A similar travel ban was put into place for South Africa last month, and later neighbouring nations after scientists identified the variant.

Since December 23, entry has been banned for people arriving from South Africa, apart from British nationals or residents who have been subject to an isolation period.

On January 9, the same rules were applied to Namibia, Zimbabwe, Botswana, Eswatini, Zambia, Malawi, Lesotho, Mozambique and Angola, as well as Seychelles and Mauritius.

It comes after a recent study by researchers from South Africa, which has not yet been peer-reviewed, found that the SA variant – thought to be about 50 per cent more infectious – contains mutations that may be resistant to immunity from previous coronavirus infection.