The Met Office sensationally confirmed yesterday (July 11) that this weekend could reach extreme heat levels, with temperatures potentially hitting mid to late 30s. The forecaster has also said it’s likely to update this warning further in the coming days as the humidity will get worse again early next week. Express.co.uk spoke to the UK Health Agency who refused to speculate as to whether or not it was likely to issue a national emergency in light of the stark warning. But reports now suggest an emergency COBRA meeting was held by the government just hours ago to get a response plan underway.

A Level 4 national emergency will only be reached when a heatwave is so severe or prolonged, the government agency says.

If its effects extend outside health and social care systems, cause water shortages or threaten the integrity of health systems, such as the NHS, the government may declare its first ever warning.

The government explained to Express.co.uk: “At this level, illness and death may occur among the fit and healthy, and not just in high‑risk groups, and will require a multi‑sector response at national and regional levels.”

This category has never before been triggered by the government, but this weekend could be the first time in history. 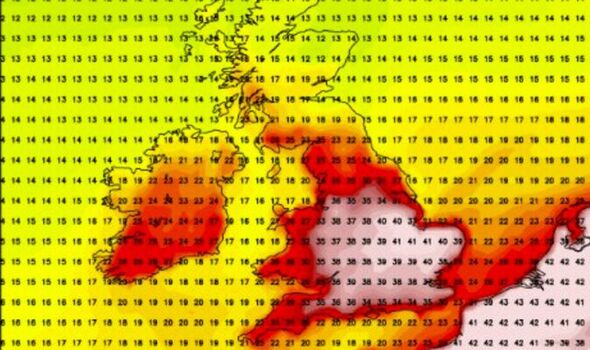 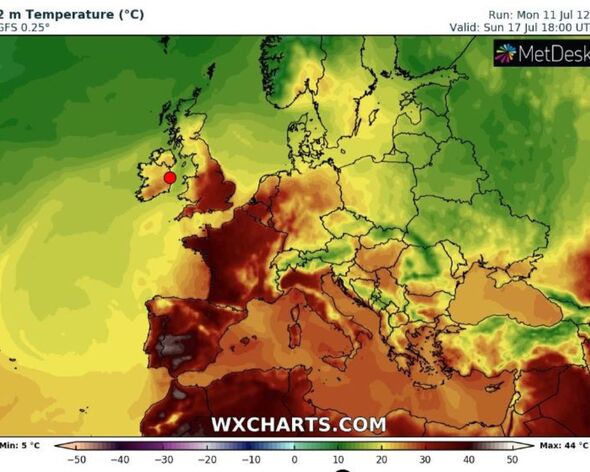 The Met Office’s extreme heat amber warning blankets much of the country, including more than 85 local regions and counties.

It says: “Some exceptionally high temperatures are possible during Sunday and could lead to widespread impacts on people and infrastructure.”

In terms of what to expect, it says adverse health effects may not be limited to the vulnerable, and could lead to serious illness or danger to life in regards to the wider public.

People will likely be required to change their routines and day-to-day business to suit the weather conditions, and it even warns “moderate” delays in a vehicle could cause “significant welfare issues.”