LONDON – Prime Minister Theresa May's office has reiterated her full support for Britain's ambassador to the United States after President Donald Trump cut off contact with him following the leak of diplomatic cables that branded the U.S. administration as "inept." 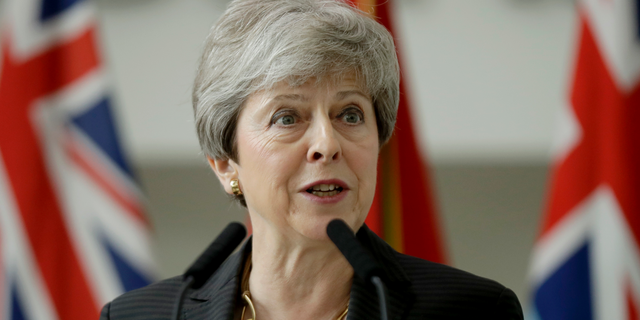 May has stood by Kim Darroch amid the controversy over the release of the documents published in the Mail on Sunday newspaper. Darroch's forthright views have created awkwardness between two countries that are longtime allies.

British officials said they were hunting for the culprit behind the leak.

May's Downing Street office says that while the leak is unfortunate, "Kim Darroch continues to have the prime minister's full support."

In a series of tweets, Trump also attacked May, accusing her of "making a mess" of Britain's departure from the European Union.