UK weather forecasters with the Met Office released weather warnings for this Thursday, as high heat causes storms to build. The weather is notably stuffy and humid lately, which creates prime storm conditions. The Met Office released a warning this Thursday from 12pm to 9pm on the UK east coast. As thunderstorms descend on the country, some weather agencies in Scotland have warned of possible flooding.

Flood alerts warn flooding is possible due to weather conditions, but not a certainty.

They are issued for the boundaries of local authorities or large geographical areas.

There are currently 11 authorities on alert from SEPA as thunderstorms loom. 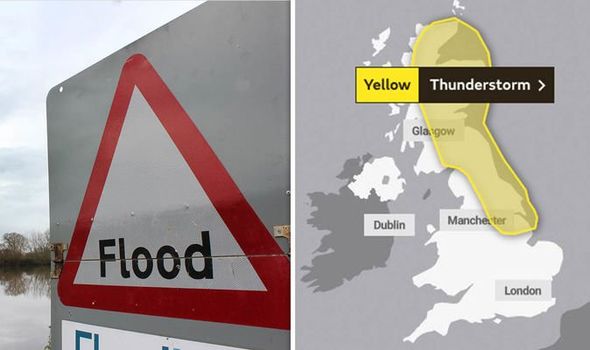 There are flood alerts in force for the following areas: 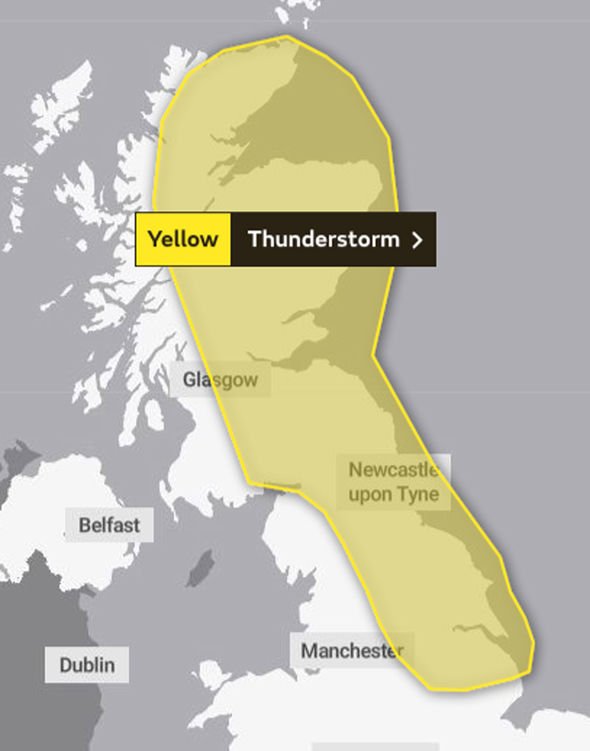 The SEPA warned people should start to prepare for flooding if an alert is released for their area.

They said: “A Flood Alert is an early indication of potential flooding from rivers, the sea and surface water.

“If a Flood Alert is issued for your area, you should remain alert and vigilant and make early preparations for potential flooding.”

According to the Met Office, flooding in the UK could cause a danger to life and serious travel disruption. 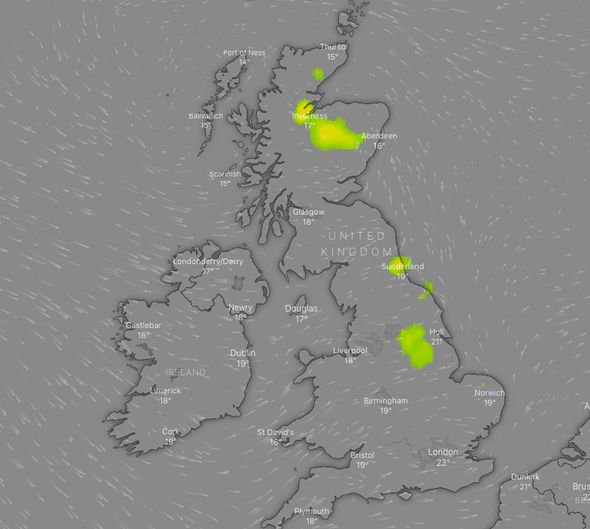 The Met Office yellow warning is extended through the west coast from Hull in England to Thurso in northern Scotland.

The warning indicates there is a chance homes and business could be flooded, and lightning could damage buildings.

Spray and rain could cause difficult driving conditions, and fast-flowing floodwaters could be a danger to life.

In addition, rain and flooding could cause power cuts across the affected areas.