Snake Island, in the northwest of the Black Sea, was Russia’s first target when Vladimir Putin launched his invasion of Ukraine back in February and has become a key stronghold in the war. It rose to fame in the context of the war effort when a Ukrainian soldier on the island told a Russian warship to “go f*** yourself”.

After four months of fighting, Ukrainian forces successfully pushed Russia from the outcrop at the end of June.

But on Thursday morning, the Ukrainian outlet, the Kyiv Independent, described renewed attacks on the island, which ended in humiliation for the Russian forces.

“Ukraine’s Operational Command South reports on July 13 that two Russian fighter jets attempted to strike Snake Island but failed as the bombs landed in the sea.” 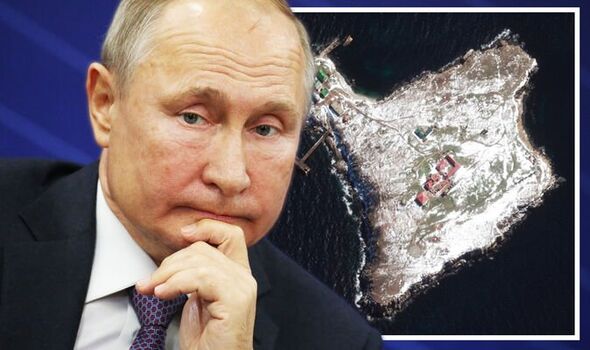 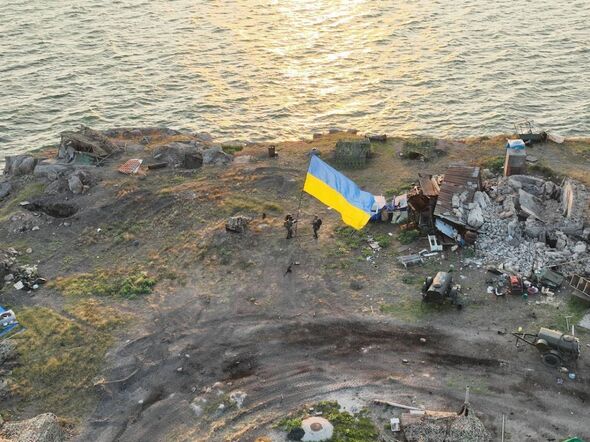 The ground formation wrote on its Facebook page that the strikes had landed “near the island”, but missed their targets.

Moscow described the Russian withdrawal from Zmiinyi Island, as it is known in Ukraine, as a “goodwill gesture”, rather than a defeat.

Saying their forces had completed their “assigned tasks” and therefore no longer needed a presence on Snake Island from June 30, the Kremlin insisted it wanted to show its sincerity in not hampering grain exports from Ukraine.

The Russian defence ministry said: “In order to organise humanitarian grain corridors as part of the implementation of joint agreements reached with the participation of the UN, the Russian Federation decided to leave its positions on Zmiinyi Island.”

He added: “No more Russian troops on Snake Island.”

An adviser to Ukraine’s interior ministry, Vadym Denysenko, said on Ukrainian TV: “Now the Russians cannot do anything in this area of the sea, except, unfortunately, shell Ukrainian cities with missiles from their ships.”

This comes just as a deal is reached in negotiations over grain exports, which have dwindled since Russia began its choking of key routes from Ukraine through the Black Sea. 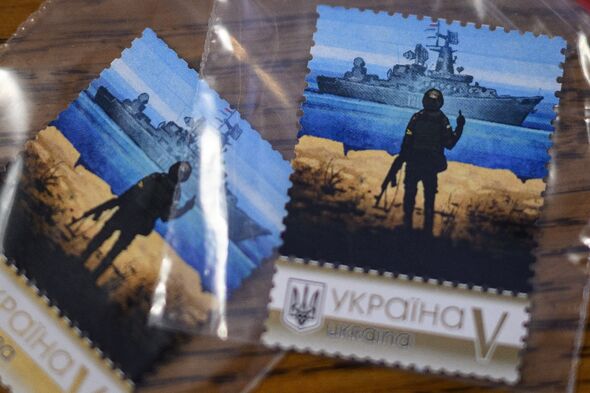 Negotiations have been held in Turkey as fears of a global food shortage continued to weigh on global leaders.

Turkey’s defence minister, Hulusi Akar, said on Thursday that a compromise had been reached to ensure more Ukrainian grain exports could depart from the war-torn country.

Hailed as a “critical step forward” by the UN’s Secretary-General, there was nonetheless a tone of caution in praise around the deal reached in Istanbul.

Antonio Guterres added: “We still need a lot of goodwill and commitments by all parties.”

Ukrainian president Volodymyr Zelensky commented in his nightly address: “The Ukrainian delegation has reported to me that there is progress.

“In the coming days, we will agree on the details with the U.N. Secretary-General.”

The UK’s Ministry of Defence, however, said the steps made in the grain talks would likely not translate to further compromise to end the war.

It wrote in its daily intelligence update on Thursday: “Despite 13 July 2022 talks between delegations from Ukraine, Russia, Turkey, and the UN on grain exports and recent successfully negotiated prisoner exchanges, the prospects for wider talks to end the conflict remain low.”