UK’s withdrawal from Afghanistan is a strategic mistake that risks return of terror groups, warns former top general – as Taliban captures three cities in a day

The UK’s withdrawal from Afghanistan is a strategic mistake which could spark a resurgence of terrorism, a former military commander has warned.

General Sir Richard Barrons warned the decision to pull out would send a message to countries around the world that leaders in the West ‘don’t have the stomach to see these things through’.

It comes as Taliban forces captured five cities in three days, including much of the capital of northern Afghanistan’s Kunduz province as their advance continues.

Fighting has intensified in recent weeks after Joe Biden ordered the withdrawal of US forces, a move followed by allies including the UK. 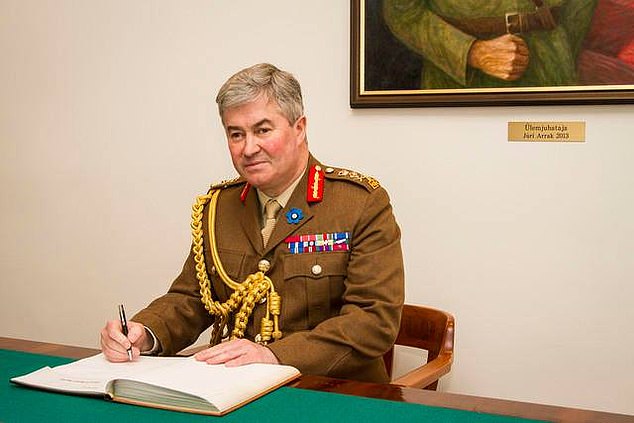 General Sir Richard Barrons, a former head of UK Joint Forces Command, warned the decision to pull out was a ‘strategic mistake’ and ‘sold the future of Afghanistan into a very dark place’

October 7 will mark the 20th anniversary of the Western forces invasion of the country in which the Taliban were removed from powee over their support for Osama Bin Laden in the wake of the 11 September attacks.

Gen Barrons, the head of UK Joint Forces Command between 2013 and 2016, told BBC Radio 4’s The World This Weekend: ‘The withdrawal now is a strategic mistake.

‘I don’t believe it’s in our own interest – in making that decision to leave we’ve not only, I think, sold the future of Afghanistan into a very difficult place, we’ve also sent a really unfortunate message to the West’s allies in the Gulf and Africa and Asia.’

It suggests that ‘we don’t have the stomach to see these things through and we would rather leave than ensure that a humanitarian or political crisis doesn’t occur’. 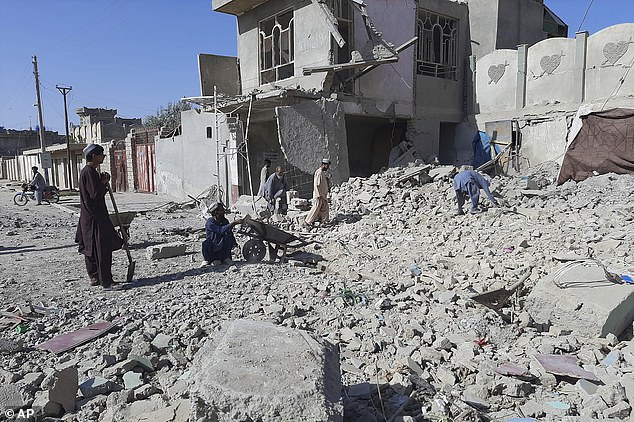 Fighting has intensified across the country in recent weeks after Joe Biden ordered the withdrawal of US forces, a move followed by allies including the UK. Pictured: Afghans inspect a damaged building after airstrikes in Lashkar Gah city of Helmand province 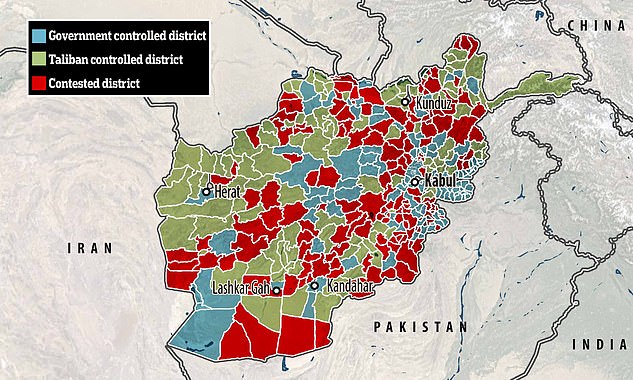 He added: ‘We will run the risk of terrorist entities re-establishing in Afghanistan to bring harm in Europe and elsewhere.

‘So I think this is a very poor strategic outcome.’

Tory MP Tobias Ellwood, chair of the Commons Defence Committee, used a Mail on Sunday column to condemn the ‘shabby withdrawal’ that was ‘abandoning the country to the very insurgency that drew us there in the first place’.

He wrote: ‘Unless we wake up to the reality of what is taking place, Afghanistan might once again become a terror state. This, remember, is the country that brought us 9/11.

‘Moreover, by leaving, we are giving up a strategically crucial space to an expan-sionist China bent on taking our place.

‘We would lose not just the achievements of the past, but our hold on the future as well.’ 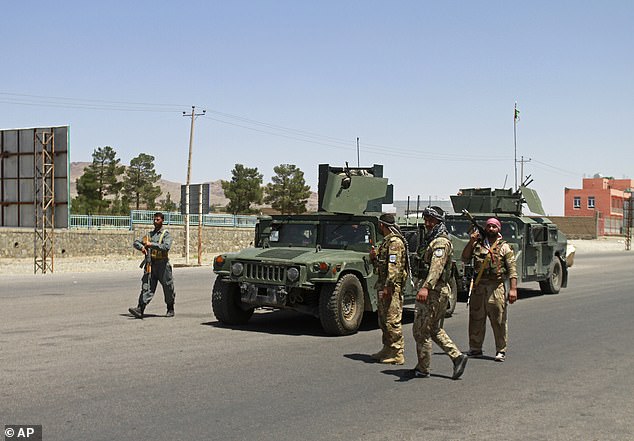 Tory MP Tobias Ellwood, chair of the Commons Defence Committee, used a Mail on Sunday column to condemn the ‘shabby withdrawal’ that was ‘abandoning the country to the very insurgency that drew us there in the first place’

He called for the retention of a 5,000-strong coalition assistance force with sufficient ground, air and intelligence support to give the Afghan army the edge over the Taliban.

A UK Government spokeswoman said: ‘We recognise that the security situation in Afghanistan is serious, and reports of the escalating violence are extremely disturbing.

‘We do not believe there is any military solution to Afghanistan’s conflict, and call on the Taliban to end their campaign of violence and engage in meaningful dialogue with the Afghan Government.

‘There needs to be a negotiated solution to ensure a lasting peace.’