US Capitol Police suspends 6 officers with pay, investigating 29 others over Jan. 6 riot

In the wake of the deadly assault on the U.S. Capitol last month, six Capitol Police officers have been suspended with pay and another 29 officers are under investigation, a spokesman for the department said, according to reports.

“Our Office of Professional Responsibility is investigating the actions of 35 police officers from that day,” spokesman John Stolnis told FOX 5 of Washington, D.C. “Acting Chief Yogananda Pittman has directed that any member of her department whose behavior is not in keeping with the Department’s Rules of Conduct will face appropriate discipline.”

Stolnis didn’t specify what allegations led to the suspensions or why the officers were being investigated.

A few officers have been accused of allowing the rioters to breach the Capitol with no pushback – despite the many outnumbered officers who struggled to keep them out – and at least two rioters have told the FBI an officer said to them, “This is your house now” when rioters smashed their way in the building, FOX 5 reported. 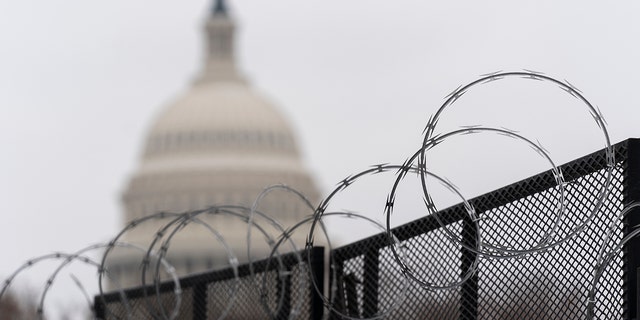 Days after the riot, Democratic Rep. Tim Ryan of Ohio said two officers had been suspended – one for allegedly taking a selfie with a rioter and the other for putting on a MAGA hat while on duty.

More than 250 people have been arrested for allegedly participating in the Jan. 6 riot that forced lawmakers to go into hiding while certifying the presidential election results and left 5 others dead, including Capitol Police Officer Brian Sicknick. Approximately 140 Capitol and Metropolitan Police officers were also injured, some seriously. Two officers also committed suicide after the attack.

The FBI says it is still looking for hundreds of other suspects seen in video of the riot.

Capitol Police Chief Steven Sund resigned the day after the riot, along with the House and Senate sergeants-at-arms.

This month, Capitol Police officers issued an “overwhelming” vote of no confidence in the department’s leadership.

The Senate Homeland Security and Governmental Affairs and Rules committees have also announced an oversight hearing on Feb. 23 to examine security failures on the day of the riot.