The drills, which began on Monday and were due to finish today, include joint combat training in the waters and airspace of the huge stretch of sea. The joint exercises between the two global powerhouses are likely to be met with fury from Beijing, who will likely interpret the move as resisting moves of its own to extend its naval reach further into the Pacific. It is the latest alarming development in the South China Sea and comes just 24 hours after the Defence Ministry said China’s sole operating aircraft, the Liaoning, had passed through the Miyako Strait between the island of Miyako and Okinawa’s main island.

As territorial tensions increase, China has built several military outposts in the South China Sea, including islets that include military-grade airfields and advanced weaponry.

China insists these are only for defence purposes, but has been seen by several other countries as a concerted effort to stamp their authority in the waters.

The waterway includes crucial sea lanes through which some $3trillion in global trade passes each year.

The United States and Japan don’t have territorial claims in the South China Sea, but have continued to insist on their commitment to a “free and open Indo-Pacific”. 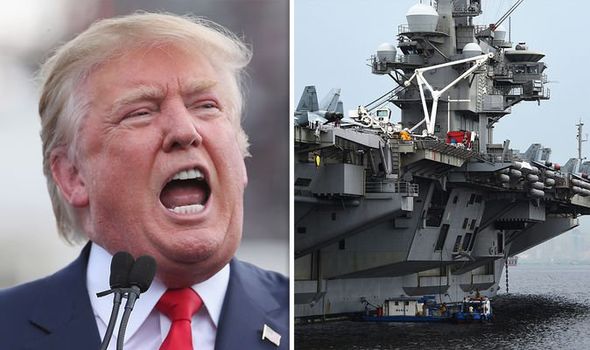 Japanese Navy destroyers Murasame and Akebono have also joined the Izumo and Reagan in the drills.

The US Seventh Fleet said in a statement: “The Navy and JMSDF regularly fly, sail and operate together with other allies and partners to promote security and stability throughout the region.”

Captain Pat Hannifin, the USS Ronald Reagan’s commanding officer, said: “The time we are able to spend at sea training and operating with our partners in the Japan Self Defense Forces is invaluable.

“Our alliance has never been stronger, and it’s never been more important to this region than right now.”

Last month, the Izumi joined vessels from the navies of Australia, France, the US, India and Philippines in the South China Sea, as well as in waters west of the Indonesian island of Sumatra.

Japan is continuing to ramp up its presence in the South China Sea, deploying both the Izumo and Murasame as part of the navy’s MSDF’s Indo-Pacific deployment, which began on April 30 and ends on July 10.

Earlier this week, the South China Sea dispute flared up again when the Philippines coast guard said it had spotted a spotted a People’s Liberation Army Navy warship just 7-12 nautical miles away from the hotly disputed Scarborough Shoal. 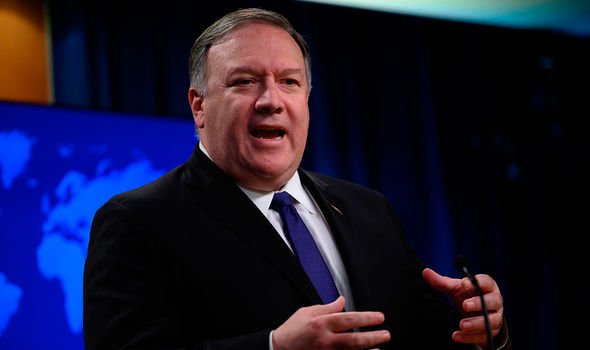 The shoal is covered by both Philippine and Chinese claims on the South China Sea, with the Taiwanese claims also encompassing it.

The sighting comes in the backdrop of increasing Chinese activity near Pag-asa Island, the largest Philippine outpost in the region in recent months.

Philippine President Rodrigo Duterte demanded China “lay off Pag-asa” shortly after US Secretary of State Mike Pompeo pledged the US would protect the island nation if “any armed attack” took place in the South China Sea.