London: Australians vaccinated overseas are urging the government to clarify if their COVID vaccination status will be recognised, after the head of Home Affairs suggested only citizens vaccinated in Australia would one day be allowed to quarantine at home.

Australia’s borders have been shut since the start of the coronavirus pandemic in March last year and are set to remain until at least mid next year. Passengers reentering are currently sent into 14-day hotel quarantine at a personal cost of $3000.

Constraints on the number of people allowed in quarantine have led to a backlog of tens of thousands of citizens who cannot return home. 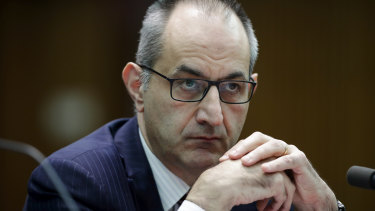 This week the Secretary of Home Affairs Mike Pezzullo said the current border arrangements were unsustainable. He told Parliament work was under way on a Digital Passenger Declaration (DPD) that would store a person’s health and vaccination status.

But he sparked alarm when he said the declaration could enable those vaccinated in Australia to home quarantine in the future, but did not say if this would apply also to Australians vaccinated abroad.

“The DPD will have the capability to validate the vaccination status of people who have been vaccinated in Australia,” he said. 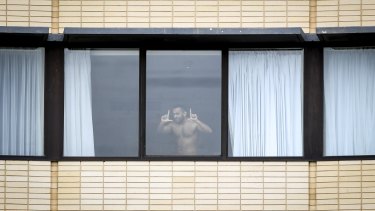 A man plays up to the camera while undergoing hotel quarantine at The Holiday Inn at Melbourne Airportin February.Credit:Penny Stephens

“At the appropriate time, subject to public health advice, this could support Australians’ ability to travel without the need for 14 days’ quarantine on return ,” he said adding it could deliver potential alternatives to hotel quarantine.

Asked to clarify if this would also apply to Australians jabbed with TGA-approved vaccines in countries like the United States and United Kingdom, a Home Affairs spokesperson refused to respond and referred questions to the Department of Health.

A spokeswoman for the Department of Health said the decision “would be informed by the stringent vaccine standards expected by Australians”.

The opposition’s home affairs spokeswoman Kristina Keneally said it was more chaos from the government, which had bungled the vaccine rollout slowing the ability for Australians to get home.

Senator Keneally said “40,000 stranded Australians have been abandoned” by Prime Minister Scott Morrison, “and now we have utter confusion between Home Affairs and the Department of Health about what vaccines will be accepted in any future quarantine proposals”.

Both Australia and the UK are primarily rolling out Pfizer and AstraZeneca vaccines. The US has used Pfizer, Johnson & Johnson and Moderna.

Phoebe Mackenzie, a doctor who has just returned home after working in the UK said her Pfizer vaccination should be recognised just the same as someone jabbed onshore with the same vaccine.

“With the vaccine rollout being much faster in places like the UK, the likelihood of overseas Australians being vaccinated is actually higher than in Australia right now,” she said.

“And if we are talking about internationally accepted vaccine passports then, surely, it shouldn’t matter where the vaccine was given as long as it is documented and recognised!”

Zeenat Khan, an Australian sonographer based in the UK, said those who had been vaccinated overseas should be given the same fair go as Australians jabbed onshore.

“We all have to play our part – Australians in Australia and abroad – and being vaccinated, overseas or in Australia, should be treated with the same approval because it is the same vaccine designed for the same purpose,” she said. 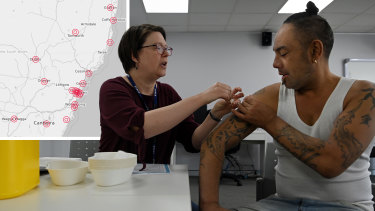 “Australians overseas who’ve received their vaccinations overseas are part of the positive change towards achieving a somewhat normal life once again.

“Once vaccinated in Australia or elsewhere people should be able to travel freely as they do with other vaccination travel restrictions.”

The federal government has said that it is looking at how to introduce quarantine-free travel for fully vaccinated people travelling between Australia and countries with low COVID-19 outbreaks but said any breakthrough is still many, many months away.