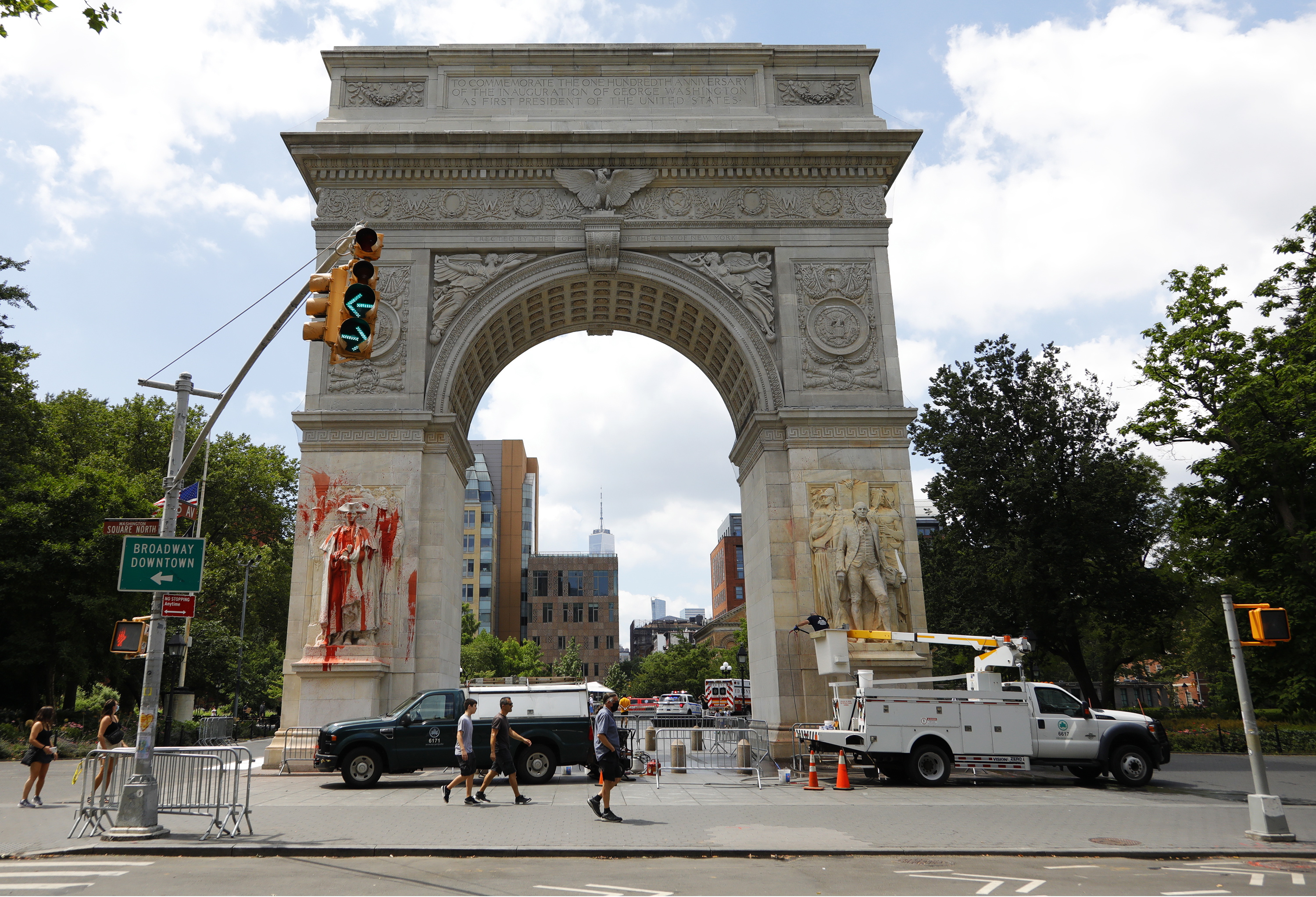 “We are tracking down the two Anarchists who threw paint on the magnificent George Washington Statue in Manhattan. We have them on tape.” Trump said.

Trump warned: “They will be prosecuted and face 10 years in Prison based on the Monuments and Statues Act. Turn yourselves in now!”

One man was wearing a full face mask while the other had a surgical mask on. 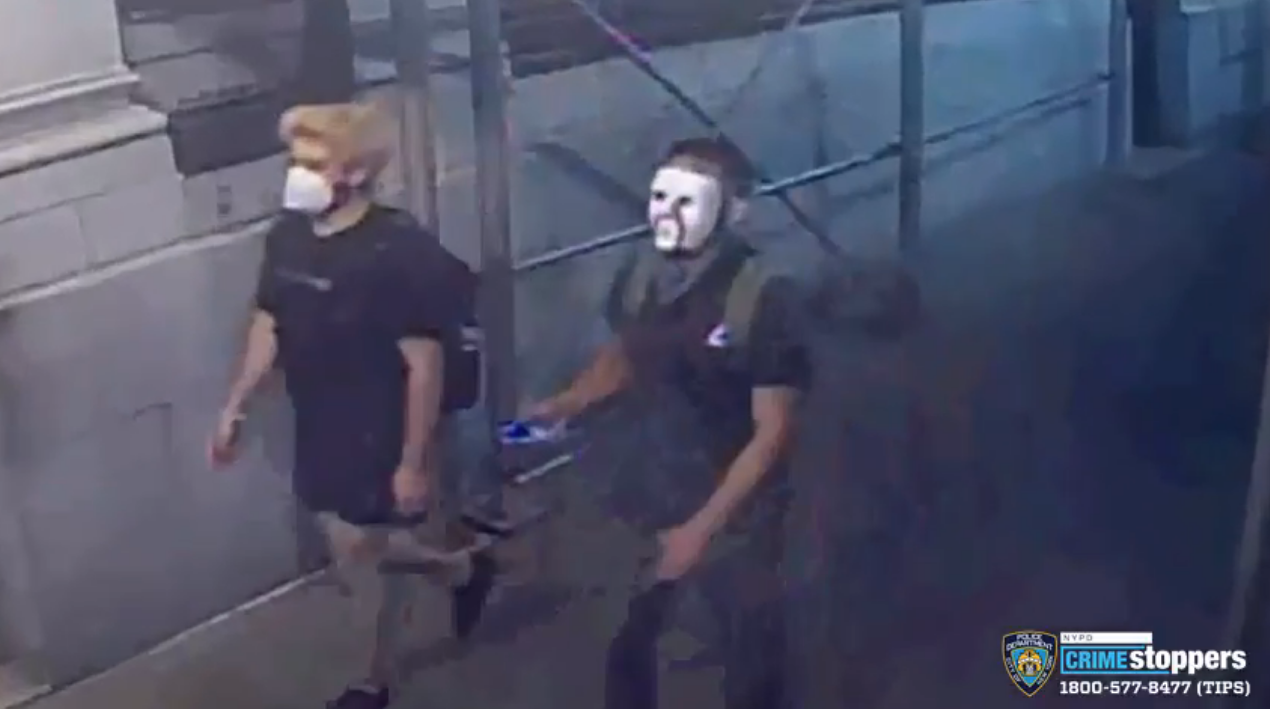 The duo then entered Washington Square Park and hurled paint-filled balloons at the statues.

The video also captured a woman on a Citibike who appeared to act as a lookout for the two vandals.

One statue is of Washington as a general during the Revolutionary War.

The other depicts him as his first term as commander in chief. 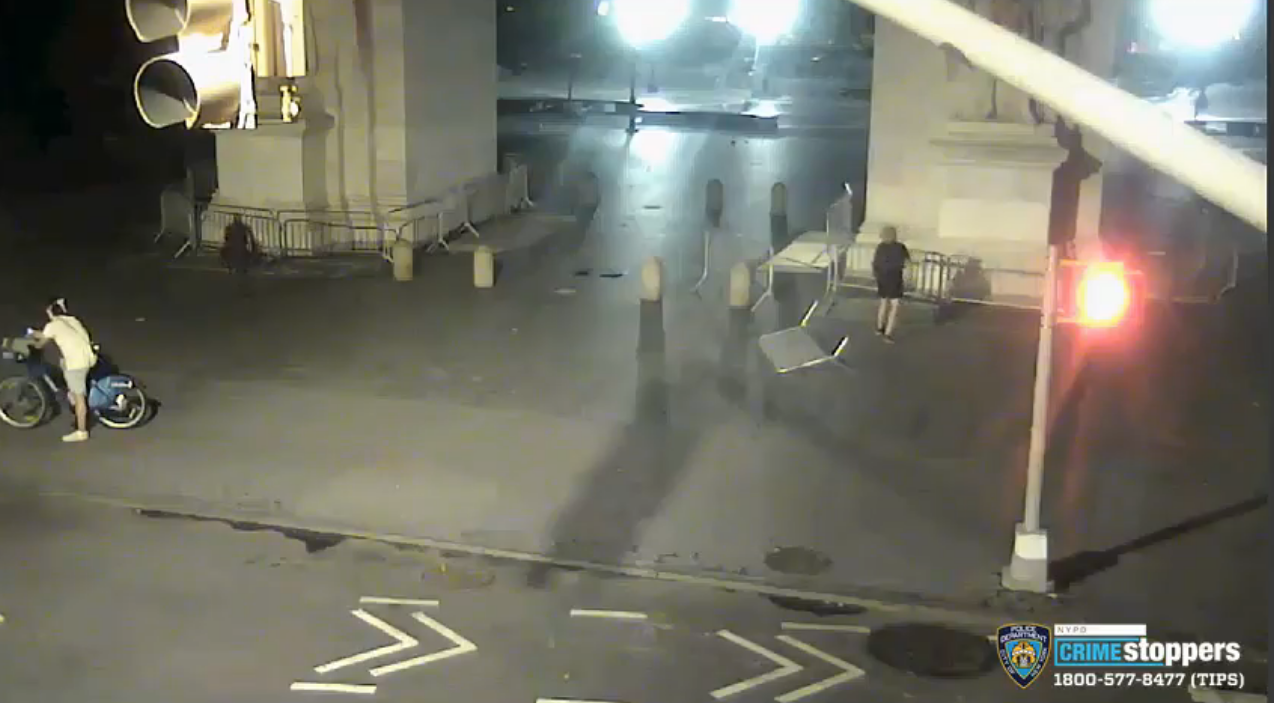 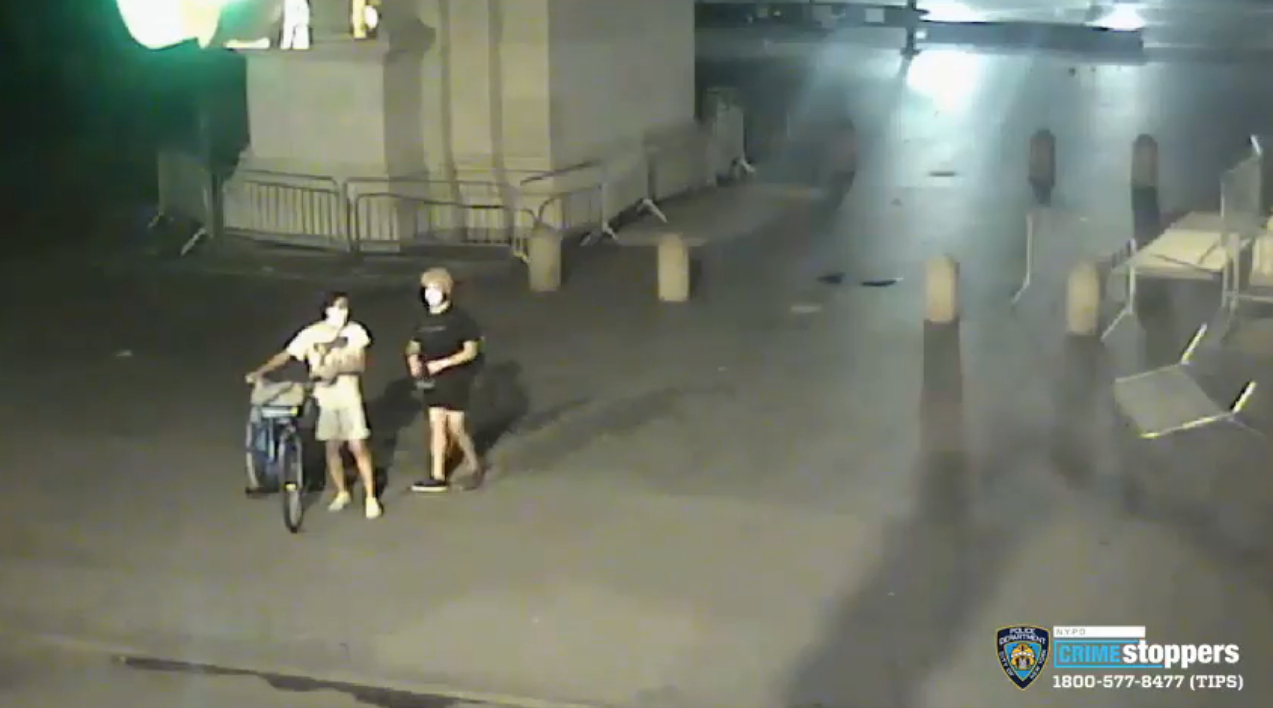 George Washington was the first US president. He also owned slaves.

The incident comes as protesters have targeted an array of monuments, including Confederate leaders and even presidents, in the wake of George Floyd’s death.

The statues were powered washed by New York City Department of Parks and Recreation several hours after the incident. 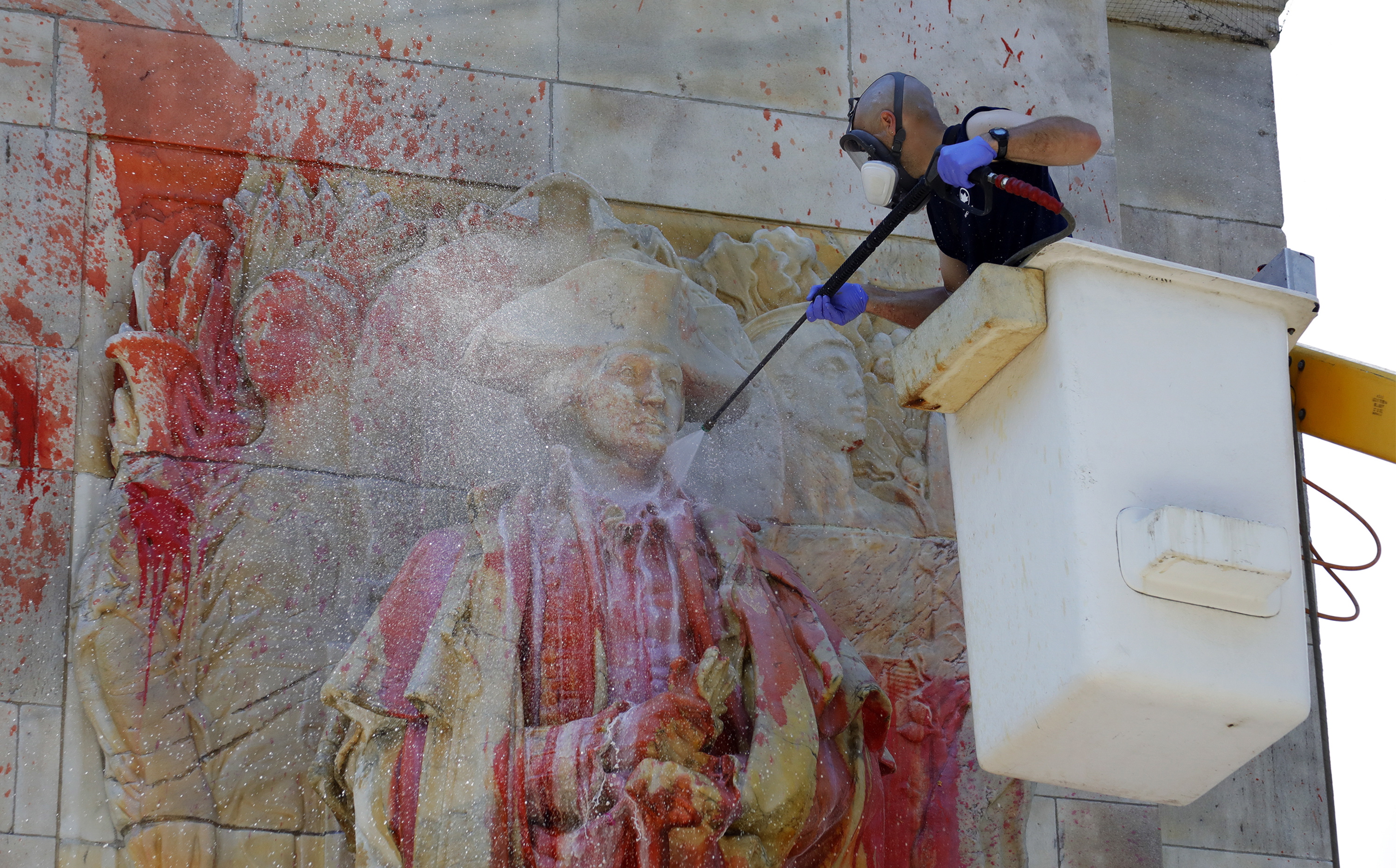 No one has been arrested yet and the investigation is ongoing.

END_OF_DOCUMENT_TOKEN_TO_BE_REPLACED

END_OF_DOCUMENT_TOKEN_TO_BE_REPLACED
Recent Posts
We and our partners use cookies on this site to improve our service, perform analytics, personalize advertising, measure advertising performance, and remember website preferences.Ok