Vicar sacked for bad-mouthing wife while preaching virtues of wedlock

‘Hypocrite’ vicar, 61, loses his job after preaching on the virtues of wedlock while bad-mouthing his wife to worshippers when she ended their 18-year marriage 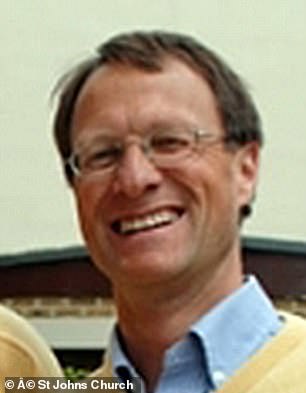 Reverend Jonathan Gould, 61, was sacked from after bad-mouthing his estranged wife to his congregation

A ‘hypocrite’ vicar has been sacked after preaching on the virtues of wedlock while bad-mouthing his wife to worshippers.

Reverend Jonathan Gould, 61, told parishioners not to talk to his partner when she called time on their 18-year marriage.

The unholy mess at St John’s Downshire Hill in Hampstead, North West London, led to Mr Gould being axed from his job.

Church bosses sacked him over a breakdown in trust when his marriage to Beth, 55, fell apart.

Mr Gould, who was the minister at the Anglican church for 21 years, ‘ostracised’ worshippers who took the ‘wrong side’, and used pulpit sermons to rebuke his critics, an employment tribunal heard.

The former city lawyer revealed his marital troubles to congregation members after services, and suggested his wife might have a personality disorder.

His claims of unfair dismissal and direct marriage discrimination were rejected by London Central Employment Tribunal.

Judge Richard Baty said: ‘Members of the congregation were being taken to one side and told very personal details about their marital difficulties and what he perceived his wife’s problems were.

‘His wife was also sharing their marriage difficulties with members of the congregation.

‘What was clear was that their marital problems and issues were increasingly being played out in a very public way.’

The father-of-four claimed he was unfairly sacked because of his marriage breakdown and would not have been fired if he was single.

But the church insisted it had no option but to dismiss Mr Gould after his relationship with parishioners and trustees crumbled. 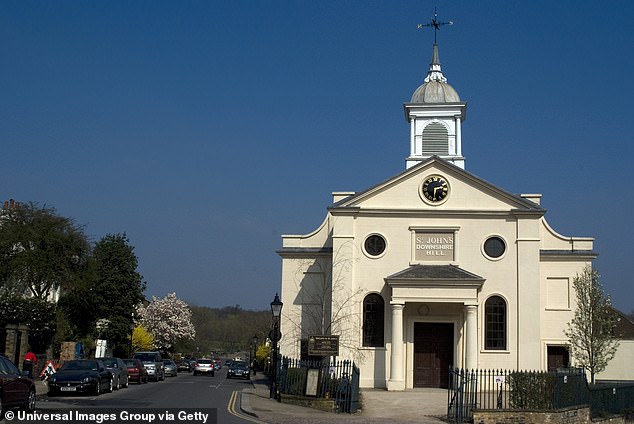 Mr Gould allegedly ‘ostracised’ worshippers at St John’s Downshire Hill in Hampstead who took the ‘wrong side’, and used pulpit sermons to rebuke his critics, an employment tribunal heard.

Papers seen by the tribunal revealed how the church bosses raised concerns over Mr Gould preaching sermons on marriage ‘which appeared hypocritical in the light of his own very public difficulties’.

Church worker Mez Stead wrote in an email: ‘Jonathan doesn’t practice what he preaches at home whatsoever, according to everything I hear and observe.

‘I was rather amazed at his ability to calmly and coolly teach the fundamentals of a loving, respectful marriage with his wife three rows back and his children front row!’

At an emergency meeting over the reverend’s behaviour, church leaders wrote a two-page document of concerns, alleging that he ‘lorded it over others’.

One paragraph accused the reverend of speaking ‘harshly’ to his wife, ‘depriving her of the emotional needs and support from a loving husband’.

Judge Richard Baty said: ‘He sought to isolate his wife through his controlling behaviour and there was a lack of Christian love, humility and compassion and how he treated her.’

Before he was sacked, Mr Gould was ordered to go on a six-month sabbatical from the church.

But instead of staying away, the tribunal heard he would ‘engineer meetings’ with parishioners by walking his daughter’s dog outside church when services were on, and wander in to the church office.

Cash from the 200-strong congregation fell by 50 per cent – leaving the church in financial danger.

But the tribunal ruled that Mr Gould’s ‘authoritarian and controlling style of leadership was at the heart of the breakdown’.

Judge Batty concluded: ‘When criticised, the claimant sought to divide and rule, to pick off members of the leadership team, to garner support amongst the congregation and suggest that anyone who disagreed with him should resign.’