It’s a convenient falsehood that Victoria could have avoided a lockdown if it weren’t for the mistakes of other jurisdictions.

Again we are told to believe that this was a crisis inflicted on Victoria, not inflamed or aggravated by it. 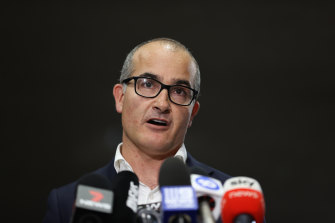 If only it were so simple.

Announcing the latest lockdown, the state’s fourth, Acting Premier James Merlino said Victoria wouldn’t be in this predicament if the Commonwealth’s vaccine program had been “effectively rolled out”.

Sure, it’s been a total cock-up. The Commonwealth placed its orders late, the messaging has been appalling and there were initial problems with supplies. Now, nobody seems to want it.

In Israel, which is leading the vaccination race, 57 per cent of its people have had both jabs required. In the UK it’s 35 per cent and in the United States it’s 40 per cent. 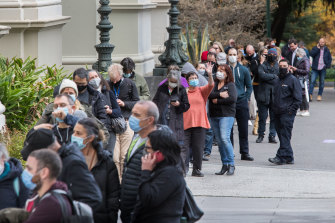 Lines of people wait to be vaccinated at the Exhibition Building in Carlton on Thursday.Credit:Jason South

In Australia, it’s fewer than 2 per cent of the entire population.

The federal government should be ashamed of its program and should be doing everything in it’s power to boost that number.

But suggesting that this is the cause of the lockdown gives us all false hope that the COVID-19 jab will eliminate the need for other defences from the virus.

Sadly, even more effective programs have not illuminated the need for restrictions and lockdowns. 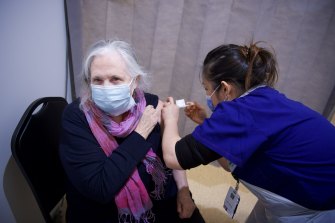 Claiming that a quicker vaccine rollout would have prevented a lockdown is wrong.Credit:Eddie Jim

Emerging data from Britain show both the AstraZeneca and Pfizer jabs cut the risk of contracting COVID-19 by as much as 70 per cent. Great results but far from perfect.

So far Australia has been offered greater protection from its hotel quarantine program than any vaccine. Although the Victorian government wants us to think it’s also at fault.

Since the system started in March 2020 more than 300,000 people have returned through the state-run hotel quarantine system and there have only been 20 breaches.

For every 100,000 people who have been through Australia’s hotel quarantine system, about 6.6 breaches have taken place.

That makes it more than 99 per cent effective.

It’s true that those breaches have dire consequences, but it has so far been our best defence at keeping Australia relatively COVID-19 free.

The state government wants us to believe that we wouldn’t be in this snafu if the Commonwealth had agreed to its plan to build a purpose-built quarantine hub at an animal quarantine site in the city’s north.

The major hole in his argument is that the Morrison government has made it clear it will only support the Howard Springs-style quarantine facility if the city’s hotel quarantine sites remain open. This means returned travellers will continue to quarantine at city hotels even after any purpose-built quarantine hub is in operation.

It would also do little to eliminate the risk of travellers quarantining in different states.

Even on the state government’s own timeline, construction of any facility would not start until September and travellers would not be accepted until later in the year.

But according to Merlino, “If we had an alternative to hotel quarantine for this particular variant of concern, we would not be here today.”

Hotel quarantine and the vaccination program should be under constant scrutiny. But even with the strongest vaccination rates and best quarantine system, we also need to constantly shine a spotlight on state defences such as contact tracing and testing.

While new cases are being linked to each other, it is still unclear how it jumped from the Victorian man who picked up the virus in hotel quarantine. 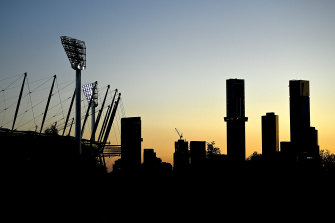 More than 10,000 people have potentially been exposed.Credit:Getty

With more than 10,000 people potentially being exposed, it’s clear contact tracers have a huge task and have so far kept up with the growing number of sites and potential close contacts. They have managed to identify first, second and third ring contacts within 24 hours but are still clueless as to how it started.

When this was challenged journalists were told it was an “absurd proposition that contact tracing has gone wrong”.

What we do know is that it took almost two weeks for health authorities to realise they had listed the wrong Woolworths store as an exposure site after the Wollert man who picked up the virus in South Australian hotel quarantine visited the store. The department originally listed Woolworths Epping but it was the store in Epping North more than 4km away.

Health authorities argue that there is no evidence that any of the latest cases are linked to supermarket mistakes, but surely that’s the problem.

Genome sequencing has confirmed the latest cases are related to that of the Wollert case but we still don’t know how it spread.

If the state government wants to point the finger at the Commonwealth or South Australia, it must be willing to accept that its own failures have also contributed to this current lockdown. Denying any mistakes or culpability will again prevent necessary changes to the COVID-19 response that are needed to keep us safe.