Video shows motorhome driving on the wrong side a dual carriageway

A motorhome has been captured on video driving on the wrong side of the road on a dual carriageay in Scotland.

The video was captured on the A9 near the town of Ballinluig, in the Scottish highlands, by 25-year-old Alan McConachie.

The footage shows the motorhome charging down the highway as two cars drive past in the opposite direction. 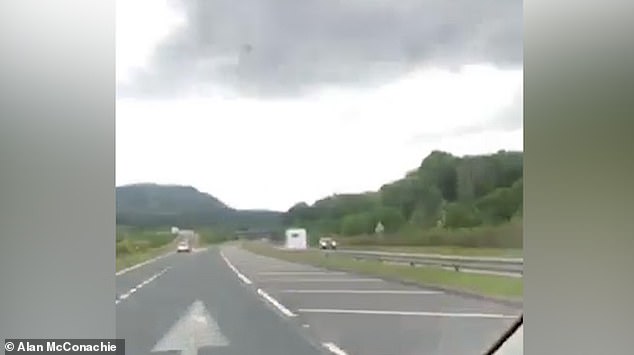 Alan McConachie, 25,  started filming the video while he was driving on the A9 near the town of Ballinluig in the Scottish highlands

Luckily, the motorhome did not collide with any of the oncoming vehicles.

The driver of the motorhome pulls over at the conclusion of the short video.

Mr McConachie said he was in ‘total shock’ when he first saw the vehicle driving in the wrong direction.

‘I saw the motorhome veer across and wondered what the hell he was doing,’ he said. 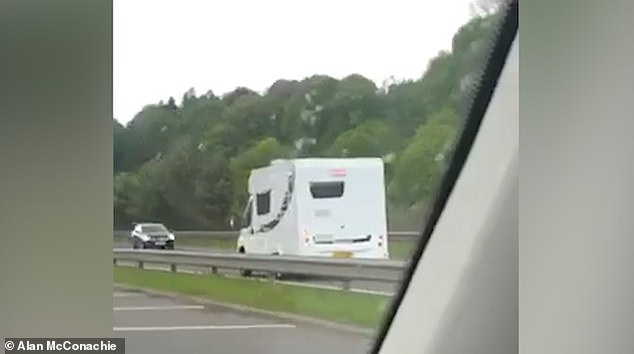 ‘I don’t know if the guy was on the phone or what, but it’s a really dangerous situation and I’m glad no one got hurt.

‘I just couldn’t believe what I was seeing.’

Mr McConachie posted the video on Facebook, where it now has more than 130,000 views. 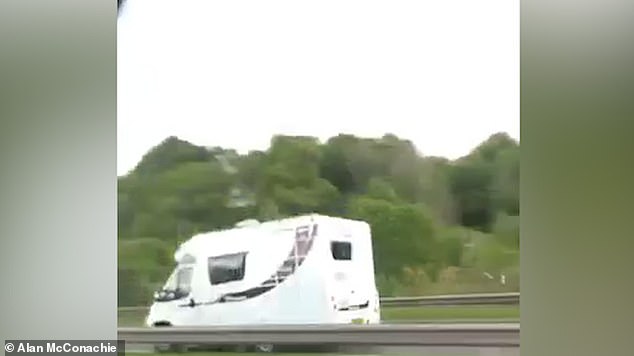 He said: ‘I first put it on snapchat and everyone thought it was wild.