Ambulances turning around, fire engines giving up and residents being forced out: Cornish locals reveal what it is like living on road cursed by Britain’s most inconsiderate parkers

Residents of a picturesque Cornish seaside town have revealed the chaos of living on a road cursed by Britain’s most inconsiderate parkers who block access for ambulances and fire engines – and have even forced locals to move home.

Clare Terrace in the popular coastal resort of Falmouth now sees cars parked up on both sides of the street, leaving small gaps for vehicles to squeeze through.

Locals have even said that emergency service vehicles and bin have been forced to ‘give up’ when trying to access the road.

Nurse Kate Emsden, 53, lived on Clare Terrace for 19 years but moved out at the end of October because of the traffic nightmare. 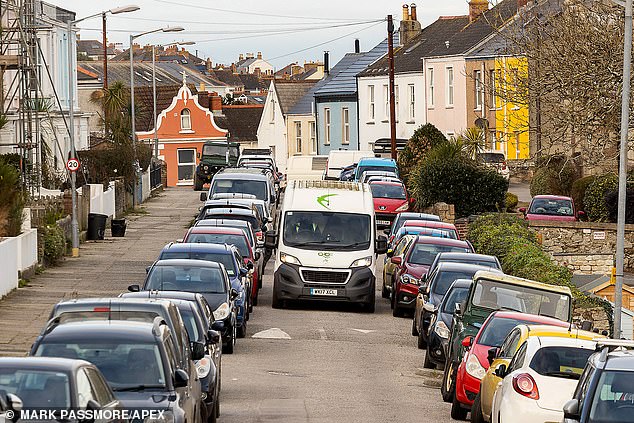 A van struggling to make its way down Clare Terrace in Falmouth, Cornwall today 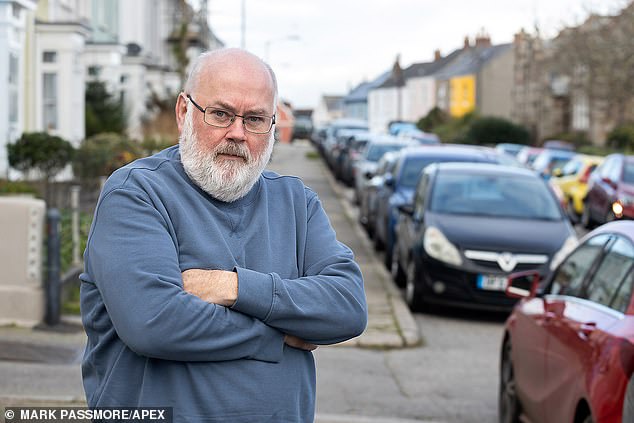 Michael Oliver (pictured), landlord of the Seaview Inn on the junction of Wodehouse Terrace and Clare Terrace said he had ‘people not be able to make it after booking a table because they couldn’t park’ 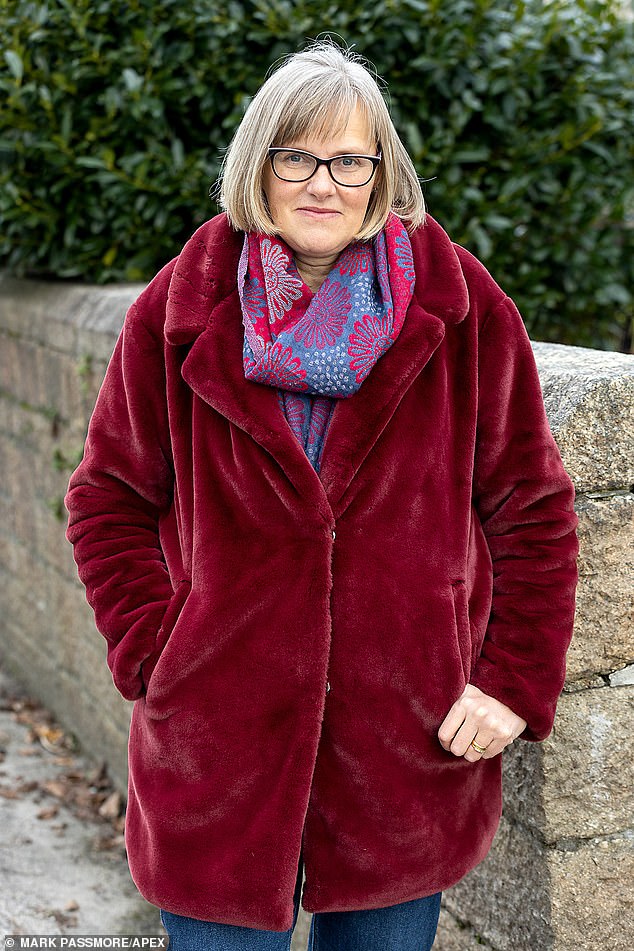 Nurse Kate Emsden (pictured), 53, lived on Clare Terrace for 19 years but moved out at the end of October because of the ‘absolutely dreadful’ traffic

‘It has become much worse over the years. I moved out of Clare Terrace because it became so bad.’

‘Yes, students do park there but we all have cars now’, she said, referencing the nearby Penryn Campus of the University of Exeter.

‘There was a consultation about residents’ parking permits once but they weren’t introduced in the end.’

Michael Oliver, who has been landlord of the Seaview Inn on the junction of Wodehouse Terrace and Clare Terrace for 11 years said parking – and tempers – had worsened, to the point table bookings were cancelled after punters couldn’t park. 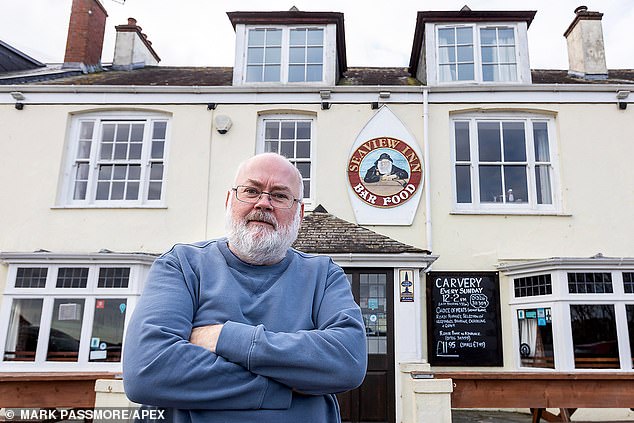 ‘I’ve had people not be able to make it after booking a table because they couldn’t park,’ said Seaview Inn landlord Michael Oliver (pictured) 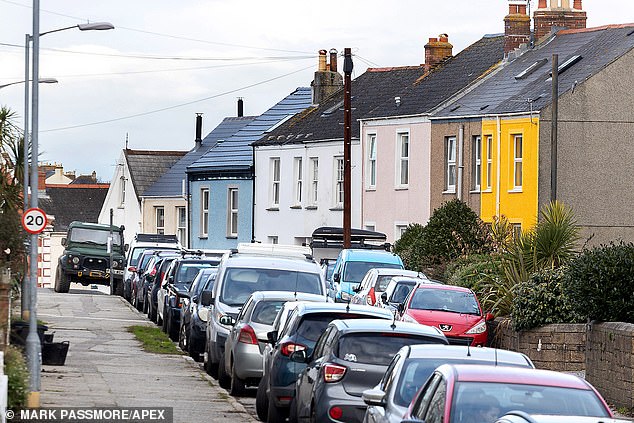 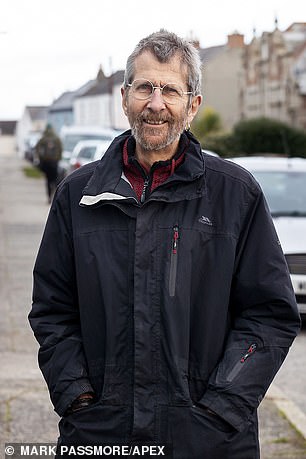 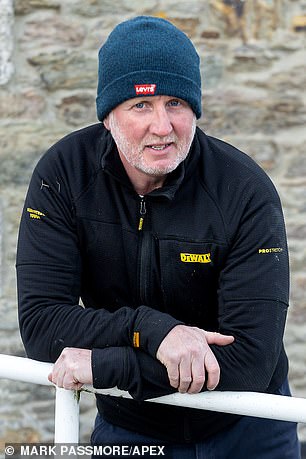 The inn landlord said: ‘I’ve had people not be able to make it after booking a table because they couldn’t park.

‘My bin lorry often can’t get through. And people have definitely become less considerate too.

‘They obstruct junctions now sometimes for days which causes tempers to flare.’

A photo of shocking parking on Clare Terrace showed a large pick-up truck and a van parked over a speed bump, leaving a small gap down the centre of the hump.

The street is just a short walk from the waterfront in the busy town which has seen a surge in popularity in recent years but has left ‘not enough room for all the cars’ – and residents are saying the problem is getting worse.

A local who said they were a paramedic said they ‘couldn’t get past the inconsiderate parkers’ when driving down the road in their ambulance recently, forcing them to ‘reverse back up the road and turn around and come the other way’. 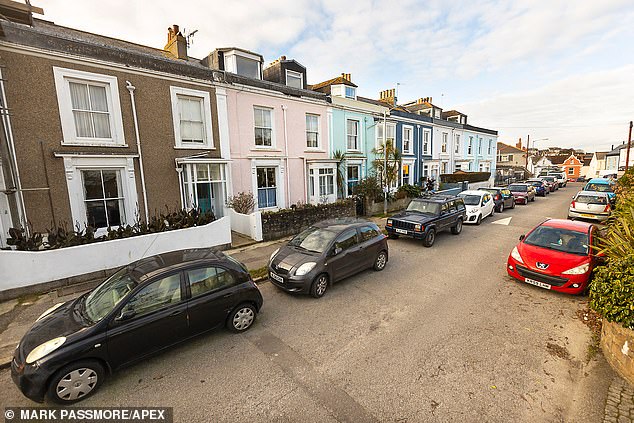 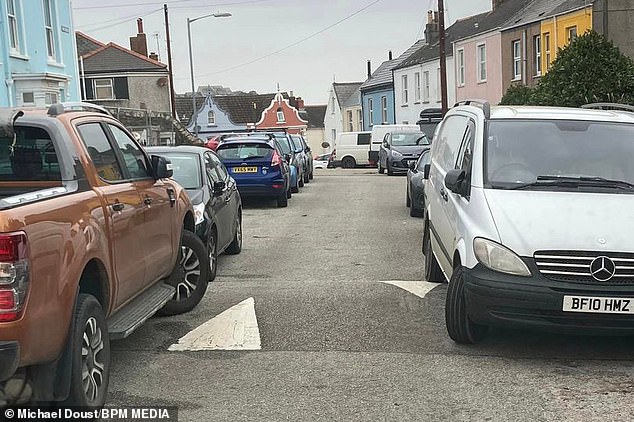 Kayak instructor Gary Bullen has lived on Clare Terrace, Falmouth for 18 years and has seen parking problems escalate when student accommodation was built nearby recently.

He said: ‘There are over 100 students of Penryn Campus who live a couple of streets away and many park their cars here. You see them in the morning coming along to drive off.

‘Students definitely bring a lot of positives to Falmouth too, don’t get me wrong.

‘But the parking has become much worse, especially in the last year.

‘I’ve had problems myself – I drive a van and it can be difficult getting in or out and parking.’

‘The houses on Clare Terrace don’t have garages and it means on street parking on both sides.

‘I’ve seen fire engines inching their way along there and then giving up because it’s too tight. 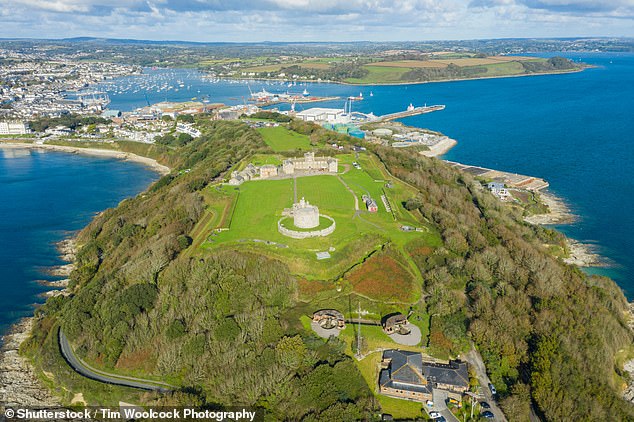 The street in Falmouth (aerial photo of the town) is just a short walk from the waterfront in the busy town which has seen a surge in popularity in recent years but has left ‘not enough room for all the cars’ – and residents are saying the problem is getting worse.

Residents of getaway hotspot St Ives, Cornwall, hit out earlier this year against tourists who were turning the town into a ‘theme park’.

Families who have lived in the town for generations are being forced out as millionaires bank up land or homes, renting them out for up to £7,000 a week.

A rush for second homes since Covid and more flexible jobs has brought misery to residents of Cornwall’s most popular towns, with soaring house values pricing young people out of the housing market.

Around 540,000 day trippers and more than 220,000 staying tourists visit St Ives every year, with the tourism industry accounting for around 2,800 jobs in the area – that’s almost one in four people who live there.

But the small streets are rammed and finding a parking space can be nigh-on impossible during busy periods.

Parking spaces are so valuable across Cornwall that last year a village became overrun with tourists’ vehicles after holiday companies advertised it as ‘all parking free of charge’.

Locals in Flushing said last year that they could not park anywhere after holidaymakers started using their home as a car park.

They said that tourists were being directed there and travel to nearby resorts where parking can be expensive.