Where is Trump now?

Donald Trump 'must be removed from office' says Scaramucci

President Trump remains Commander-in-Chief of the US for the time being, but there is a growing cross-party resistance to his position in light of riots last week. The President’s continued denial of the 2020 election results culminated in the “stop the steal” rally last Wednesday when Mr Trump and his allies attempted to further unfounded election fraud claims. Their collective words helped provoke a group of attendees to walk to Washington DC’s Capitol, where they broke in and attempted to disrupt the ongoing effort to count last year’s Electoral College votes.

Where is Donald Trump now?

Since the violent riots on Wednesday, Mr Trump has appeared twice, but only via Twitter.

He posted two videos, one on January 6 from the White House grounds, in which he called his supporters “special”.

In an abrupt change of pace the day after, he posted another video from the property and denounced the violence.

DON’T MISS: Melania Trump breaks her silence as she hits back at salacious gossip 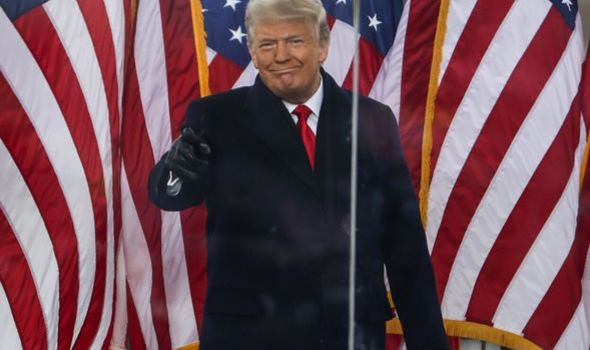 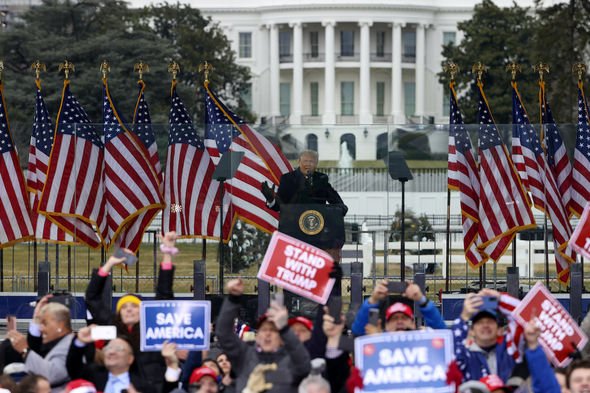 In an explanation, they cited a “risk of further incitement of violence”, and thus removed Mr Trump’s megaphone.

With Mr Trump deprived of his most carefully managed platform, little news about the President’s state of mind or whereabouts has emerged.

There is no indication of where he is right now, but he has a schedule for the week ahead. 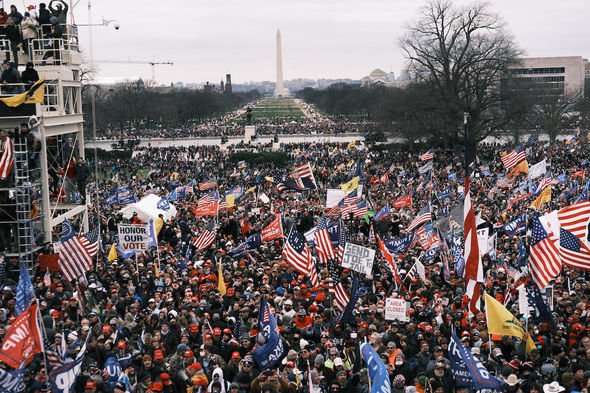 The next time people can expect to see the President in public is on Tuesday.

He will stage an event at the southwestern US border tomorrow.

He will showcase what he says is progress on the controversial border wall separating the US from Mexico.

Tomorrow’s event would give him just one more week to make a final appearance before Mr Biden’s inauguration on January 20. 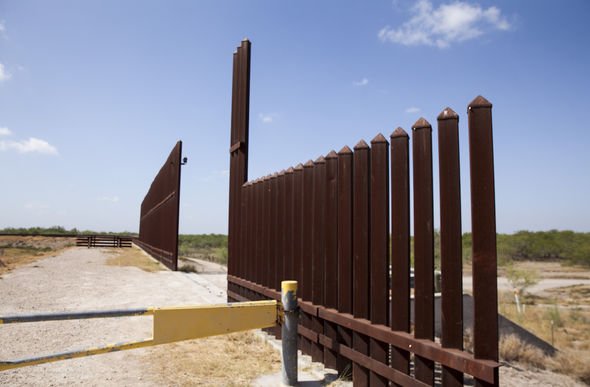 But there is a chance people won’t see much of the President before he leaves office.

They said: “He has lost us. He’s lost his own administration. As I said, many of us feel betrayed.

“In terms of taking any direction on policy or any last-minute fly-by sort of changes, I think we’re all resisting.”

Last-minute policy changes would come as one of the few things which could propel him back into the public interest in his remaining days, but now this seems unlikely.

The final opportunity Mr Trump would have to appear in public is Mr Biden’s inauguration.

Generally, every living President would make an appearance at the event, but not in 2021.

In one of his last posts to Twitter, Mr Trump confirmed he would not appear alongside his predecessors while officials swear in President-Elect Biden.

END_OF_DOCUMENT_TOKEN_TO_BE_REPLACED

END_OF_DOCUMENT_TOKEN_TO_BE_REPLACED
Recent Posts
We and our partners use cookies on this site to improve our service, perform analytics, personalize advertising, measure advertising performance, and remember website preferences.Ok