Home » World News » Who is in Donald Trump’s entourage at Buckingham Palace?

Who is in Donald Trump’s entourage at Buckingham Palace?

Donald Trump has been accompanied by four of his children and an entourage of up to 1,000 people in London for his three-day state visit to Britain.

Among those joining the President are his daughter Ivanka Trump and her husband Jared Kushner, who were pictured on a balcony at Buckingham Palace today.

Suzanne Ircha, the wife of US Ambassador to the UK Woody Johnson, was pictured with the couple on the balcony as Mr Trump met the Queen and Prince Charles. 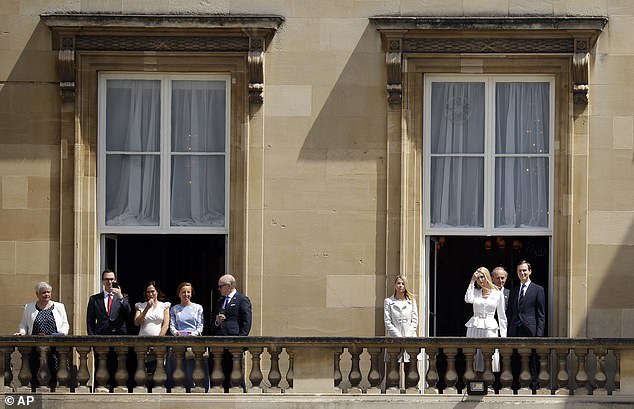 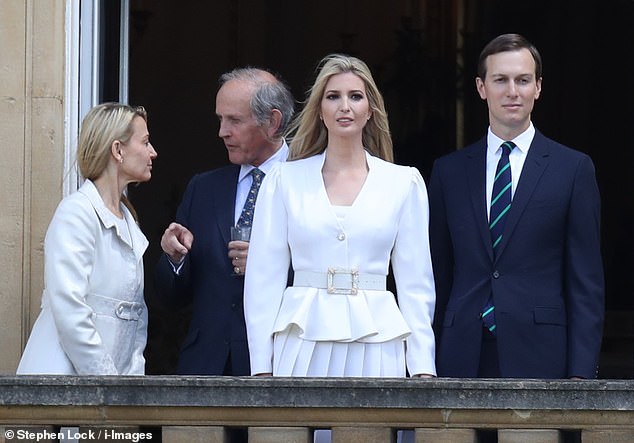 Donald Trump’s daughter Ivanka Trump and her husband Jared Kushner (both right) at Buckingham Palace today, along Suzanne Ircha (left), the wife of the US Ambassador to the UK 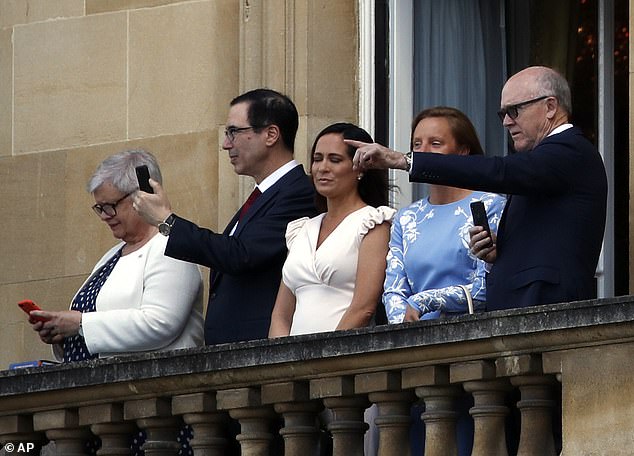 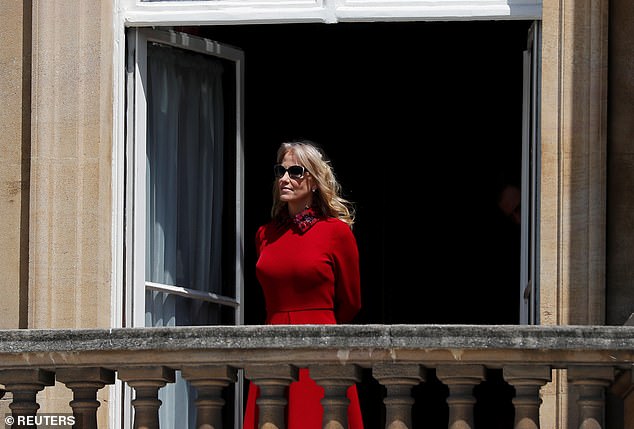 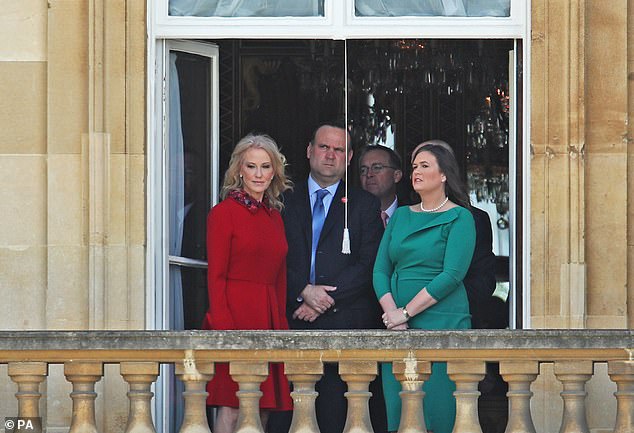 Mr Trump had his second introduction to the Queen after his visit last summer, some three hours after the controversial trip had begun at London Stansted Airport.

Mr Trump and his wife Melania, who have been accompanied by senior advisers, were welcomed at Stansted today by Mr Johnson and other officials.

Later, the Queen shook hands warmly with Mr Trump and smiled broadly before turning to greet the First Lady as they went inside the palace together.

In the Bow Room, the Queen introduced senior members of her household to her guests and Mr Trump then did the same with prominent figures from his entourage. 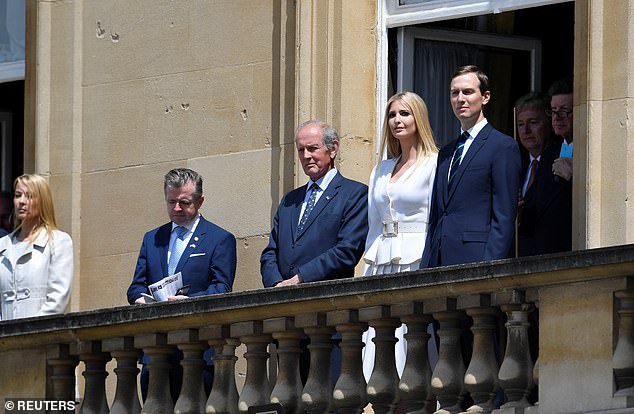 Mr Trump has been accompanied by four of his children and a 1,000 person-strong entourage 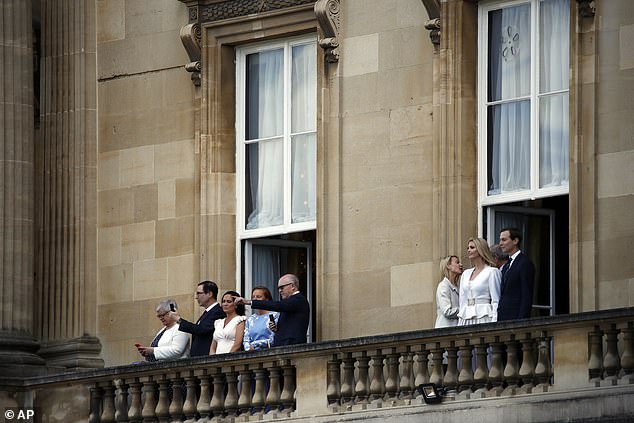 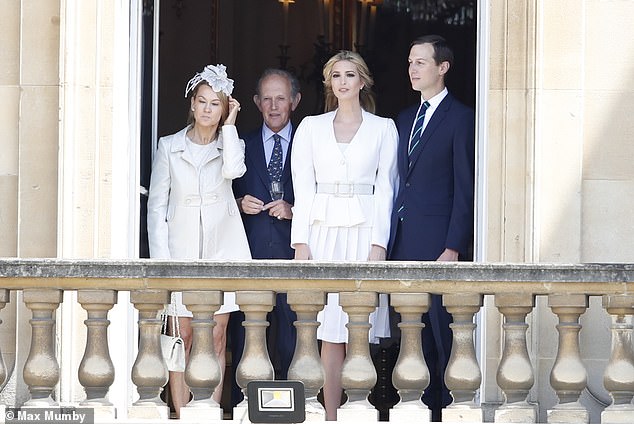 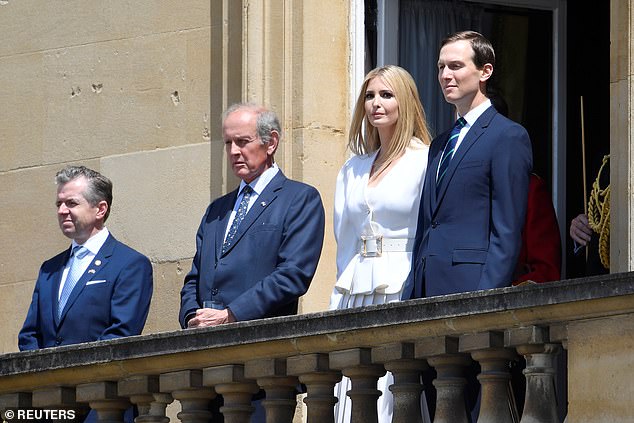 Earlier, 37-year-old Ivanka had tweeted: ‘Today, Her Majesty The Queen will welcome @POTUS and @FLOTUS for a State Visit to the United Kingdom.

‘I am looking forward to joining the US delegation for this commemorative visit.’

Ivanka is a former model, businesswoman and now White House adviser who has appeared alongside brothers Eric and Donald Jr as a judge on Celebrity Apprentice.

She started her own clothing brand, Ivanka Trump Collection, but closed the business down to focus on supporting her father in the Oval Office.

She has three children with property developer Mr Kushner, who is also on the White House payroll and has a broad brief advising the president on a range of issues.