Boris Johnson was warned that proposed reforms to the planning system to kick-start a massive wave of house building could be his ‘poll tax moment’ today amid a bitter Tory row.

William Hague, the former party leader and foreign secretary, said that the Conservatives’ shock loss of Chesham and Amersham in a by-election last week served to ‘sound a warning’.

The Liberal Democrats won the Buckinghamshire seat that has been a Tory stronghold since its creation in 1974 after overturning a majority of more than 16,000 votes.

The plan to ease restrictions on where homes can be built was a major issue in the campaign, sparking fears about building in the countryside around the seat in the Chilterns.

But Tory MPs across the country have warned that the scheme would make it easier to build on pristine ‘green belt’ land, putting more Tory shire seats at risk.

Writing today in the Times, Lord Hague likened the row to that which blew up in the last months of Margaret Thatcher’s premiership.

The Poll Tax sparked massive riots in London in 1990 and was later replaced by the council tax in place today.

‘While Chesham and Amersham is not much of a guide to future elections, it does sound a warning about issues that might become more national in scope, consuming the energy of ministers and becoming a spreading controversy around the country,’ Lord Hague wrote.

‘In that respect, the furore over the planning white paper reminds me in some respects of the gathering fuss about the poll tax when I had that chat with Margaret Thatcher.

‘That is not to argue that it will be such an all consuming issue or bring down a prime minister. But it has the ingredients of huge trouble ahead, not just in the southern shires but among northern Tories, most of whom live in their own pleasant suburbs and villages. They are not so different.’ 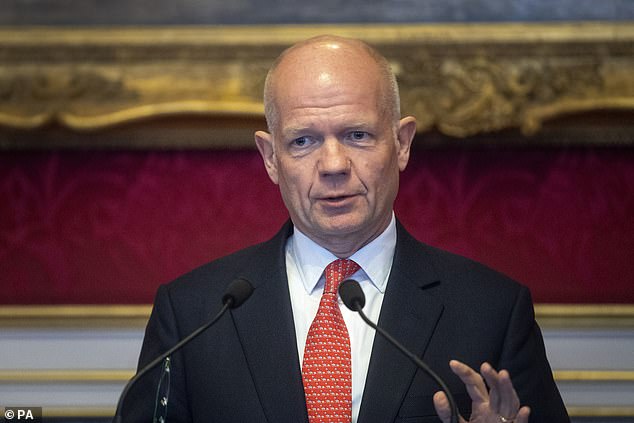 William Hague, the former party leader and foreign secretary, said that the Conservatives’ shock loss of Chesham and Amersham in a by-election last week served to ‘sound a warning’. 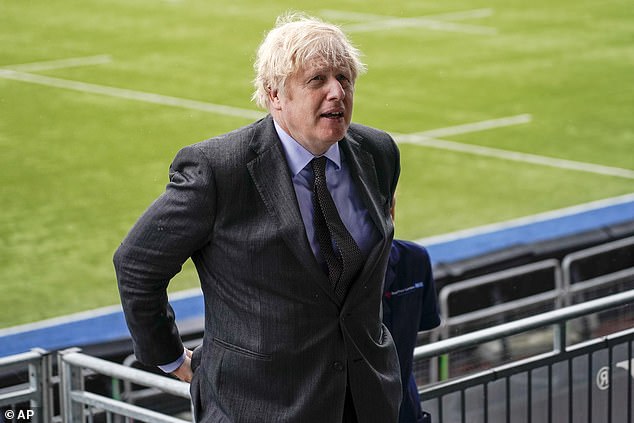 Tory MPs across the country have warned Boris Johnson that the scheme would make it easier to build on pristine ‘green belt’ land, putting more Tory shire seats at risk. 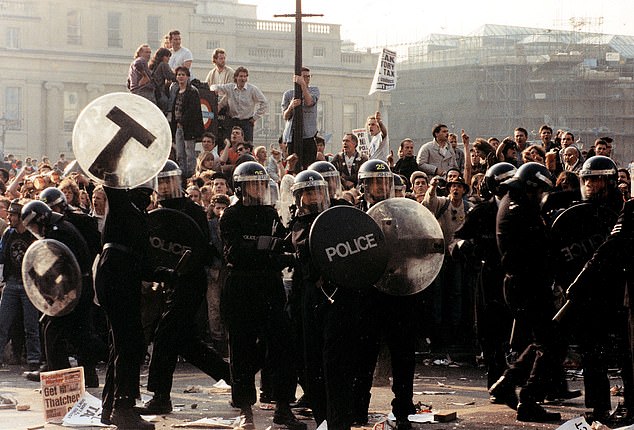 The Poll Tax sparked massive riots in London in 1990 and was later replaced by the council tax in place today.

The Prime Minister is already facing a revolt from within his party over the ‘electorally toxic’ moves that would step up house-building and make it harder for locals to object to new homes.

Under the plan 300,000 homes will be built a year. The reforms would give automatic permission for homes in new zones earmarked for growth.

And even his own father raised concerns about the damage the plans could cause to the environment.

‘I think we have to be tremendously careful before we push through planning reforms, which themselves may serve to undermine the very basis of our nature protection programmes,’ Stanley Johnson told Times Radio.

‘And I’m not convinced that telling the Horsham District Council, ”Yes, you’ve got to build 1,000 houses” or whatever it is, giving them no room to manoeuvre, is the way forward.’

However a senior minister last night defended the plan, saying that the Government had ‘a duty to young people and families’ to help them get on the housing ladder.

Writing in the Telegraph, Communities Secretary Robert Jenrick said: ‘The property-owning democracy is one of the foundations of our country: the belief that home ownership should be achievable for all who dream of it and young people should aspire to the keys to their own home.

‘We have a duty to young people and families to help them get there, and benefit from the security and prosperity it can bring. The majority of people aspire to it, even if it seems a distant dream to many. We want to make that dream a reality.

‘Equally, it is clear that many people have concerns about new housing in their area. They want good-quality homes, proper infrastructure, and they want to protect spaces such as the green belt. We have a duty to hand the next generation an enhanced natural and built environment.

‘We are listening. Many of these worries hinge on the fact that our current planning system is not trusted – it is seen as too complicated, too weighted in favour of big constructors to the exclusion of smaller housebuilders and local people. I agree.’