With a nuclear-powered shower, Russia tests a climate innovation

Pevek, Russia: The water was hot, steamy and plentiful, and Pavel Rozhkov let it flow over his body, enjoying a shower that is not for the squeamish: on his bare skin, he was feeling the heat produced by an atomic reaction, pumped directly from a nuclear reactor into his home.

His shower came courtesy of nuclear residential heating, which remains exceedingly rare and was introduced in the remote Siberian town of Pevek only a year ago. The source is not a typical reactor with huge cooling towers but is the first of a new generation of smaller and potentially more versatile nuclear plants — in this case aboard a barge floating nearby in the Arctic Ocean. 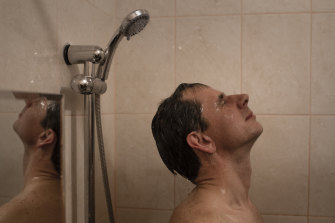 As countries meet in Scotland this week at the COP26 conference to try to find new ways to mitigate climate change, Russia has embraced nuclear residential heating as one potential solution, while also hoping it can bring a competitive advantage. Companies in the United States, China and France are considering building the type of small reactors connected now to Pevek’s waterworks.

“It’s very exciting,” Jacopo Buongiorno, a professor of nuclear science and engineering at Massachusetts Institute of Technology, said in a telephone interview. These small reactors, he said, could also warm greenhouses or provide heat for industrial purposes. In bringing to life the new approach, he said, “the Russians are ahead”.

Warming homes with nuclear power also has environmental benefits, advocates of the idea say. Primarily, it avoids wasting the heat that is typically vented as steam through the conical cooling towers of nuclear plants, and instead captures it for use in residential heating, if customers are fine with it.

Still, some experts are concerned about the potential risks, pointing to the many spills and accidents on Soviet and Russian submarines and icebreakers that used similar small reactors. Nuclear submarines sank in 1989 and 2000, for example.

“It is nuclear technology, and the starting point needs to be that it is dangerous,” said Andrei Zolotkov, a researcher with Bellona, a Norwegian environmental group. “That is the only way to think about it.”

Rozhkov’s wife, Natalia Rozhkova, was initially sceptical. They can see the new nuclear facility, which is about a kilometre away, from their kitchen window. She “worried for the first two days” after their apartment was connected to one of the cooling loops of the reactors. But the feeling passed, she said. 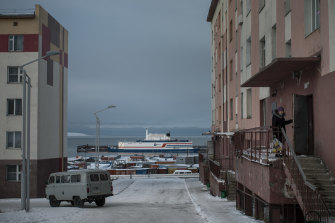 “Whatever is new is scary,” Rozhkova said. Still, somebody has to be first, she suggested, adding, “We were the closest, so they hooked us up first.”

The experiment in Siberia, Buongiorno said, could play a vital role in convincing countries that using nuclear power to limit climate change will require using it for more than just generating electricity, the source of about a quarter of greenhouse gas emissions.

“Decarbonising the electrical grid will only get you one quarter of the way,” he said. “The rest comes from all these other things.”

Yes, but a nuclear shower? Buongiorno said he would take one — but conceded that “obviously this is not going to work if people don’t feel comfortable with the technology.”

The experiment with nuclear heating hardly makes Russia a crusader on climate change. One of the world’s heaviest polluters, it has adopted contradictory stances on global warming, of which Pevek itself is an example. At the same time it is switching its heating to nuclear power, rather than coal, it is benefiting from climate change in the Arctic, reviving itself as a port as shipping lanes become more navigable. 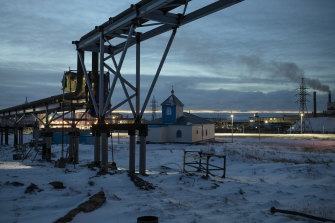 At several sites during the Soviet era, engineers connected a type of reactor used to create plutonium for bombs to nearby homes for heating. The reactors continued operating that way for years, even when not needed to make weapons.

The nuclear facility in Pevek is aboard the Akademik Lomonosov, a barge about the size of a city block. The idea of small reactors is not new. In the 1960s, before the anti-nuclear movement gained traction, they were seen as a promising technology. The United States operated a barge-based reactor to electrify the Panama Canal Zone from 1968 to 1976, and Sweden used nuclear heating in a suburb of Stockholm from 1963 to 1974.

Two other sites in Russia besides Pevek use nuclear residential heating; however, there it is a byproduct of large electrical plants. 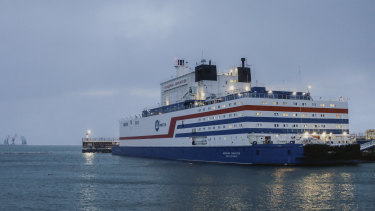 Soon, in Pevek, the town’s community steam bath, or banya, will also be nuclear-powered. The state nuclear company, Rosatom, connected the reactors to the heating pipes in one neighbourhood in June 2020. It is now expanding the hot water service to the whole town, which has a population of about 4500.

The plant’s two cores are cooled by a series of water loops. In each reactor, the first loop is contaminated with radioactive particles. But this water never leaves the plant. Through heat exchangers, it transfers heat — but not contaminated water — to other loops.

In Pevek, one of these loops is the system of pipes that leave the plant, branch out and supply hot water to homes. 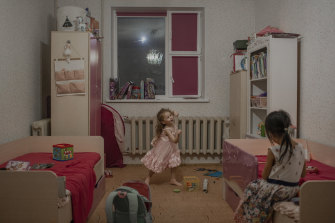 The company promotes a number of safety features. The plant can withstand a crash by a small aeroplane. The vessel that holds it doubles as a containment structure. And the water circulating through buildings is at a higher pressure than the cooling loop from which it derives heat within the plant, in theory preventing a radiation leak from spreading into town.

Residents cannot opt out of getting nuclear-powered heat, but they have mostly welcomed the new plant. Deputy Mayor Maxim Zhurbin said nobody complained at public hearings before the barge arrived.

“We explained to the population what would happen, and there were no objections,” he said. “We are using the peaceful atom.” 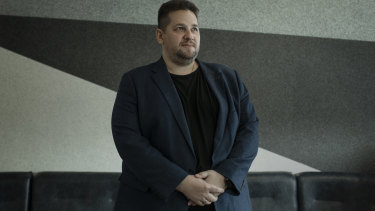 Irina Buriyeva, a librarian, said she appreciated the plentiful heat and electricity. Of the risks of a radiation leak or explosion, she said, “We try not to think about it, honestly.”

Russia is first, but hardly an outlier, in developing small civilian reactors. This month, French President Emmanuel Macron proposed an expansion of his country’s extensive nuclear sector with small reactors as part of the solution to climate change. China is building small floating reactors modelled on the Russian design.

Companies in the US, including General Electric and Westinghouse, have about a dozen designs ready for testing from 2023. In an extreme example of miniaturisation, the US military has ordered a reactor small enough to fit in a shipping container; two companies, BWXT and X-energy, are competing to deliver the air-cooled device.

Germany, however, has taken a different path: it decided to close all of its nuclear plants after the Fukushima disaster in Japan in 2011.

Kirill Toropov, deputy director of the floating nuclear plant in Pevek, said its benefits were already visible locally, citing snow that is less sullied with coal soot. “We need to note this positive ecological moment,” he said.

Rozhkov, 41, an accountant, who has been showering and bathing three children in nuclear-warmed water for a year now, said Russia’s use of small reactors in icebreakers gave him confidence in the technology.

“We aren’t worried,” he said, “that the details are still being worked out.”

His wife said they were “believers” and added, “There are things we cannot control. I can only pray for our safety, for the safety of our town. I say, ‘God, it is in your hands.’“

Get weekday updates on the climate summit that will shape our future. Sign up to our COP26 newsletter here.