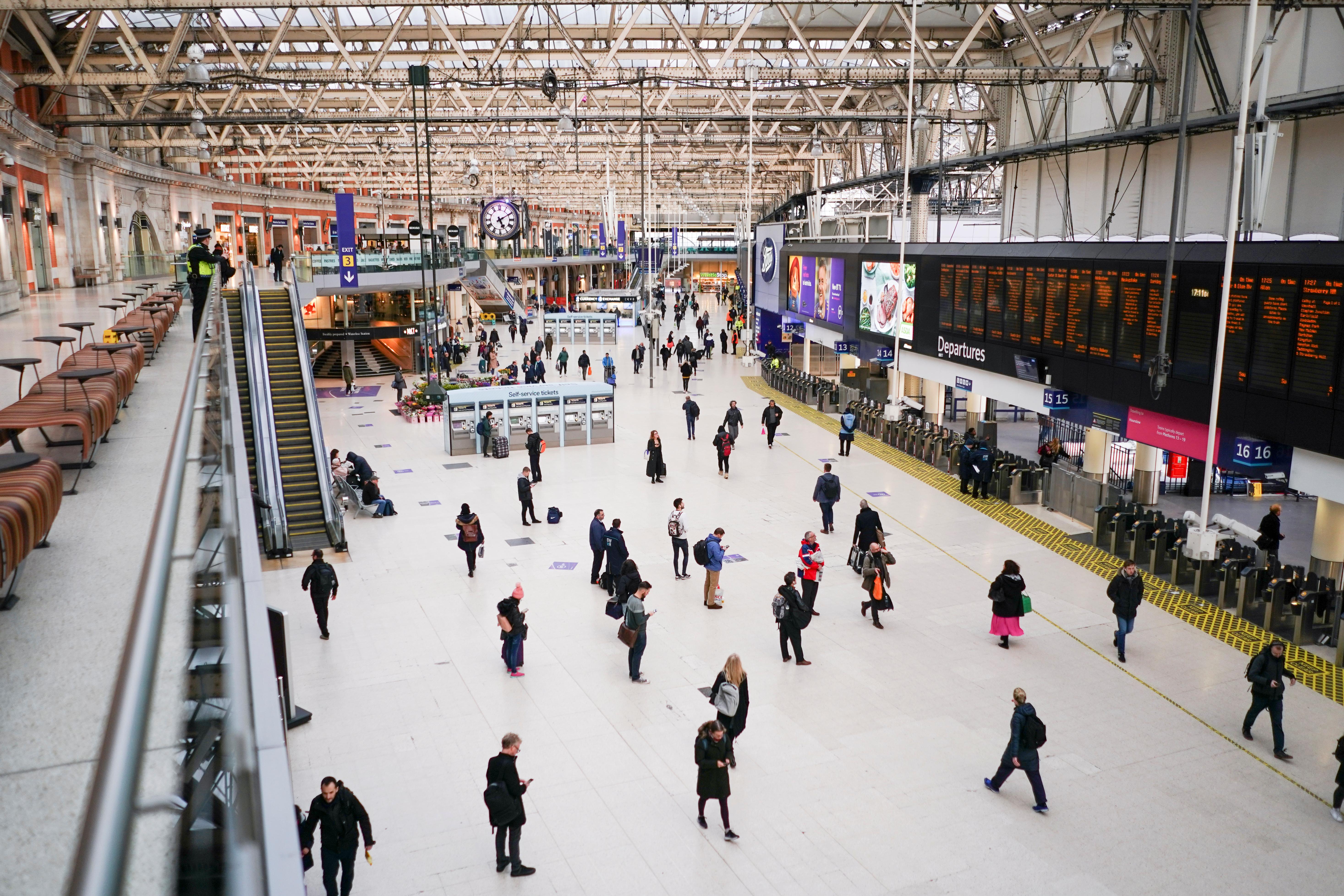 Network Rail said that just under 70% of trains would be running from Monday, up from the half-service that has operated since the lockdown was introduced on March 23, but distancing measures mean capacity is limited to 10 to 15% of normal levels.

Train operators have put in place one-way systems at stations, floor markings, more security staff for crowd control as well as taping off some seats and new cleaning measures to make sure services are safe to use during the pandemic.

While there was a gradual easing of lockdown restrictions in England last week, people have been told to avoid using public transport if possible and questions remain about how people will move around once the economy is fully re-opened.

“So long as the 2 metres applies, and we will of course follow this, as we should do, then the real capacity of public transport is going to be very limited,” Hendy told BBC radio on Monday.

When using public transport, government advice for people in England is to wear face coverings. Hendy said that most passengers were doing so and following social distancing rules.

“Our passengers are reasonable and rational. I think people understand they don’t want to be too close to people,” he said.

Last week, rail use across Britain was about 4% of normal, which was a rise of about 8-9% on the previous week.

Industry body the Rail Delivery Group (RDG) said that services were running with additional carriages where possible as it urged people to consider cycling or travelling at quieter times, ensuring services remain available for key workers.

“So far today, it appears people have listened,” said Robert Nisbet, RDG director, when asked whether passenger numbers had risen on Monday.

Some train operators, such as LNER, which operates long-distance routes between London, Newcastle and Edinburgh, have introduced reservation only travel so that the number of passengers on trains can be controlled. They advise that two rows are left vacant between passengers.

Some British media have reported that a requirement for passengers to book a time slot for when they plan to arrive at a station is being considered, but an RDG spokesperson said that had not been proposed for the time being.

Britain’s privately run train operators are being financially supported by the government during the coronavirus crisis. They include FirstGroup, Arriva UK Trains and Govia, partly owned by Go-Ahead.

END_OF_DOCUMENT_TOKEN_TO_BE_REPLACED

END_OF_DOCUMENT_TOKEN_TO_BE_REPLACED
Recent Posts
We and our partners use cookies on this site to improve our service, perform analytics, personalize advertising, measure advertising performance, and remember website preferences.Ok