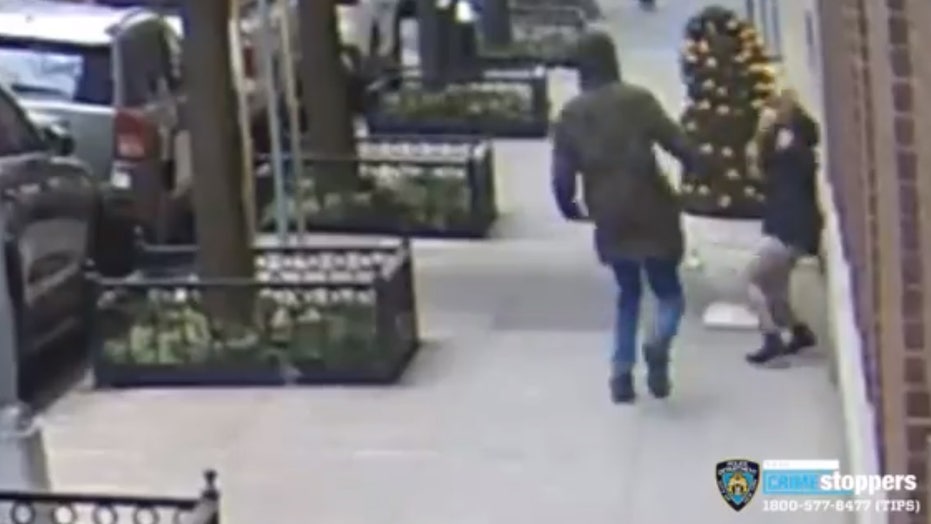 A woman checking her phone was punched in the face by a suspect sought in connection with a spate of attacks within a half-hour period in a New York City neighborhood, according to officials.

The New York Police Department said the incidents happened around 11 a.m. on Monday on the Upper East Side of Manhattan.

The first incident took place around 10:43 a.m. in front of 950 Park Avenue when the man wearing camouflage punched a 21-year-old woman who was standing on a sidewalk.

In surveillance video released by police, the woman can be seen standing against the wall of a building looking at her phone when she was attacked. The NYPD said the victim's face was swollen, but she refused medical attention. 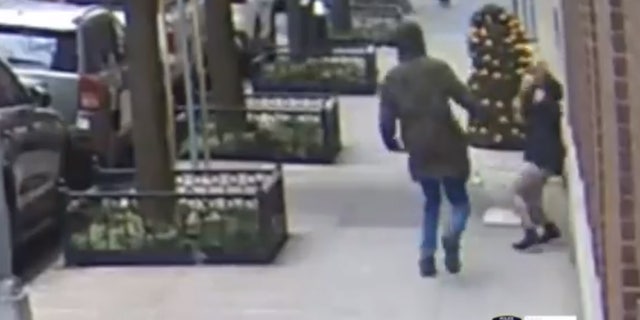 The suspect can be seen swinging at a 21-year-old woman who was on her phone.
(NYPD CrimeStoppers)

Minutes before that incident, police said that a man was approached by the same suspect while having a conversation with another person in a parked car on Park Avenue.

"I know you are talking about me," the suspect told the man before displaying a knife and chasing him around the vehicle. After chasing the man, the suspect then returned to the sidewalk and walked away.

A third incident was reported minutes after the 21-year-old woman was struck in the face on East 87th Street and Third Avenue, when the same suspect allegedly bumped into a man and woman walking on the street, brandished a knife, and threatened the couple. 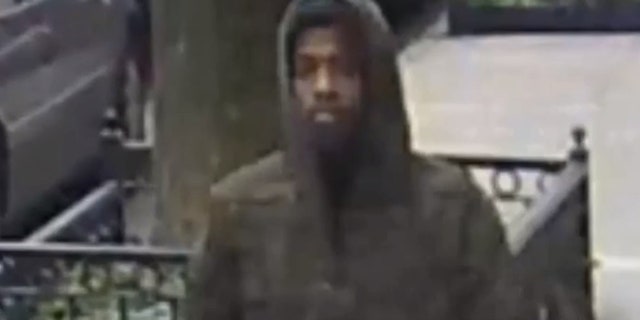 The suspect was wanted in three incidents on the Upper East Side of Manhattan on Monday.
(NYPD CrimeStoppers)

Another witness who saw the third incident took a photo of the suspect and was subsequently chased by him down Third Avenue into traffic, according to the NYPD. All three "multiple threats" happened in the neighborhood between Park and Third Avenues from East 82nd to 87th streets.

The suspect is described as being in his mid-20s, around 5 feet, 6 inches tall and was last seen wearing a black hooded sweatshirt, a camouflage hooded jacket, blue jeans and black sneakers.

Anyone with information regarding the incident is asked to call the NYPD's Crime Stoppers Hotline at 1-800-577-TIPS, or submit tips by logging onto the CrimeStoppers website, or on Twitter @NYPDTips. Police said that all calls are strictly confidential.

END_OF_DOCUMENT_TOKEN_TO_BE_REPLACED

END_OF_DOCUMENT_TOKEN_TO_BE_REPLACED
Recent Posts
We and our partners use cookies on this site to improve our service, perform analytics, personalize advertising, measure advertising performance, and remember website preferences.Ok