A WOMAN wearing an anti-Donald Trump T-shirt "removed it and voted topless" after being told it broke eleciton rules.

The voter's shirt read "McCain Hero, Trump Zero," but she was stopped from wearing it before she could reach the voting booth in Exeter, New Hampshire. 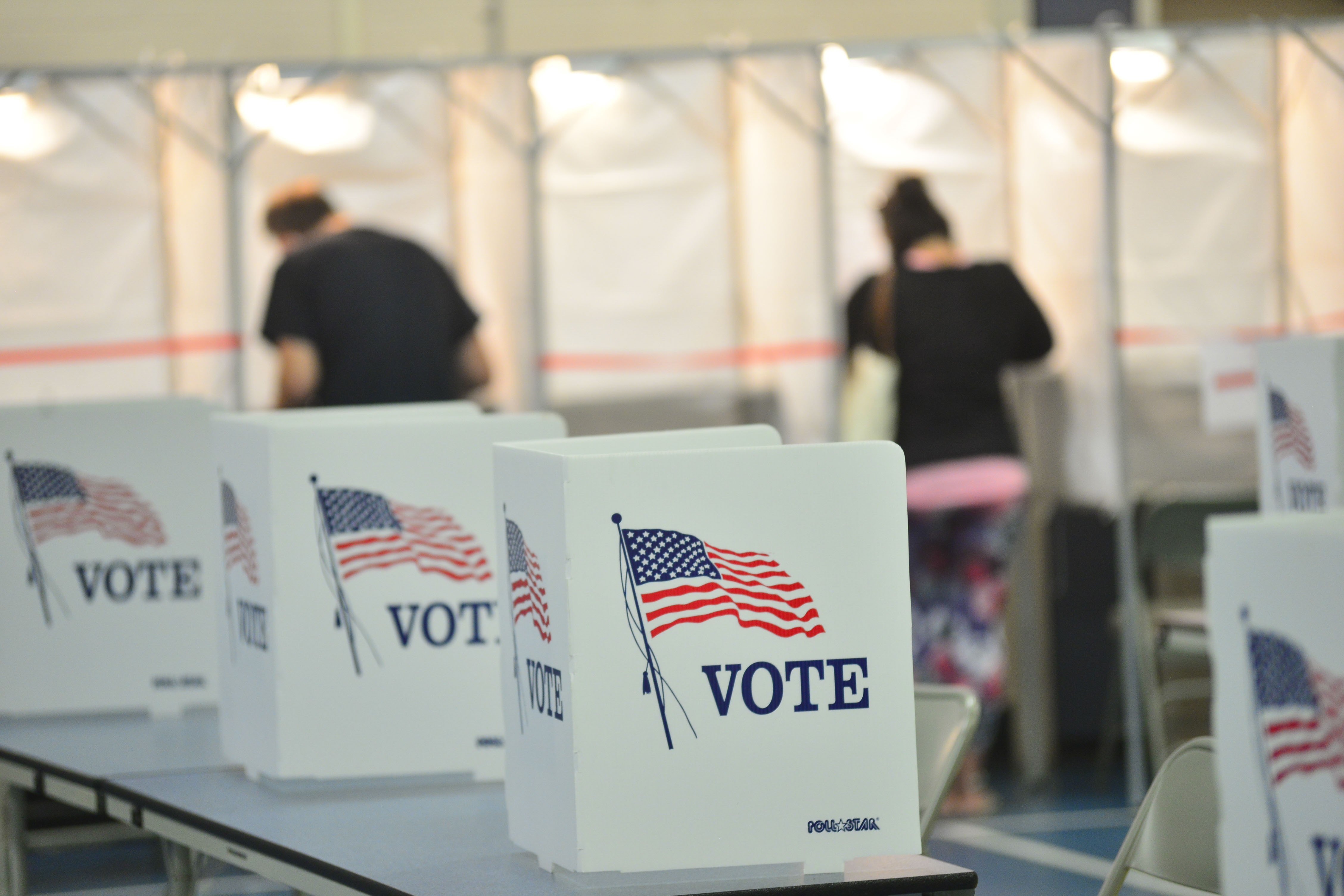 The woman was stopped by Executor Town Moderator Paul Scafidi who told her to remove her shirt due to constituted electioneering, the Seacoastonline.com reported.

However, Scafidi told the outlet that the woman felt as though she was being singled out due to another voter wearing an American flag T-shirt.

"She asked why her and not me?" Scafidi told the outlet. "I said she was going to have to cover her shirt and [a shirt] supporting the American flag was not electioneering. That's my opinion, and that was my call as the moderator."

The woman then asked the moderator if he wanted her to take off her shirt, to which "I said, I'd rather she not."

However, Scafidi claimed that she "took it off too fast," leaving the site, which housed roughly 15 voters at the time, going "woah."

He added that she walked away and he let her vote, adding that she could have turned her shirt inside-out.

Due to the indecency laws in the state, Scafidi said "I could have [had her removed], but I didn't want to exacerbate the whole thing."

"If she felt it was her right, more power to her," Scafidi added.

"We all laughed about it as things were winding down, so I don't know if it was a set-up, but I've never experienced anything like that."

END_OF_DOCUMENT_TOKEN_TO_BE_REPLACED

END_OF_DOCUMENT_TOKEN_TO_BE_REPLACED
Recent Posts
We and our partners use cookies on this site to improve our service, perform analytics, personalize advertising, measure advertising performance, and remember website preferences.Ok