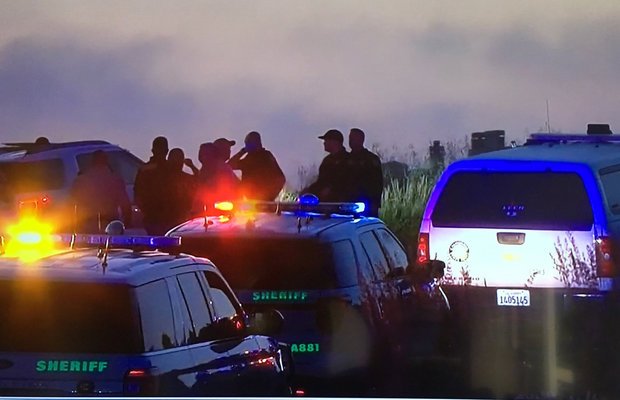 Koffi took a further two doses of the drug before 5pm and – according to his friends – was in an agitated state and trying to leave the property at around 8pm.

They tried to stop him but then, says the police report, he punched a man and a woman, and stabbed another man with a sharpened pencil.

Then he managed to escape the house, climbed into the car he had rented and drove it at a friend who was trying to stop him – crashing the car as he did so. 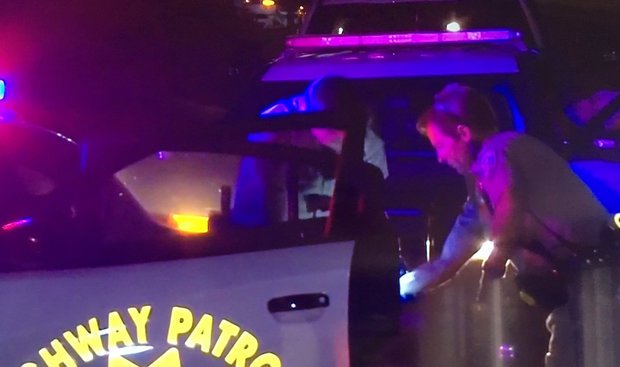 Then, according to the police report, Koffi stole the guard’s truck driving it straight at two passers-by. “He then immediately drove off the road and drove after another man and woman who were walking on a bluff,” Crum reported. “He aimed at the woman and hit her with the truck, causing significant injuries.”

“The couple that did not see it coming, who are walking arm in arm, it’s really sad. And when you watch the video you can’t help feel emotional.” 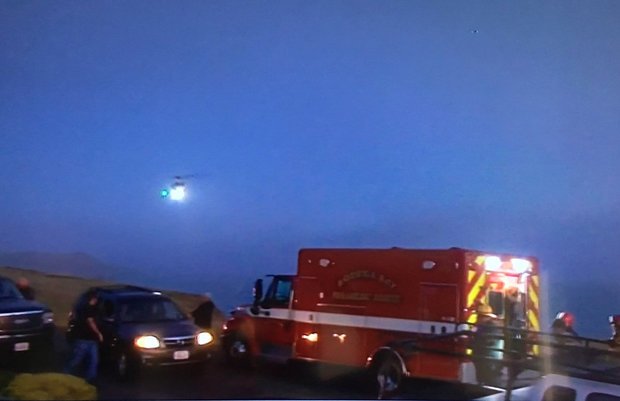 At around this point police arrived on the scene and, as Koffi allegedly attempted to ram a patrol car Deputy Jason Pasero fired several shots at Koffi, hitting him three times.

Several victims were transported to hospitals but are expected to survive. 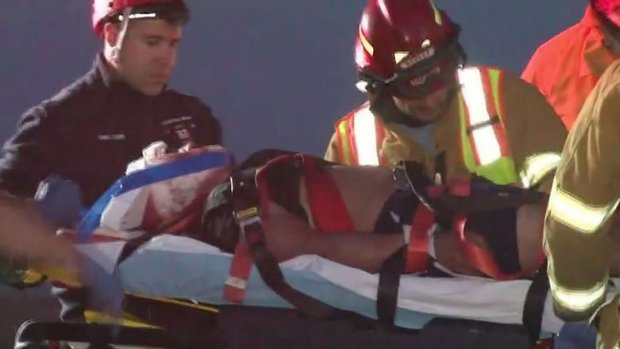 Koffi was left in critical condition, according to the Sheriff’s Office.

“Several members of his party took a half tab of acid, but Koffi took four doses of acid and he had a really bad trip with it,” Sgt Crum told KTVU.